Why did the Lake District need another man-made lake?

The short answer is the Industrial Revolution. In the late nineteenth century, the city of Manchester was booming. Increasing volumes of water were needed to power its mills and factories and to supply the growing population of city workers with a clean supply of water. 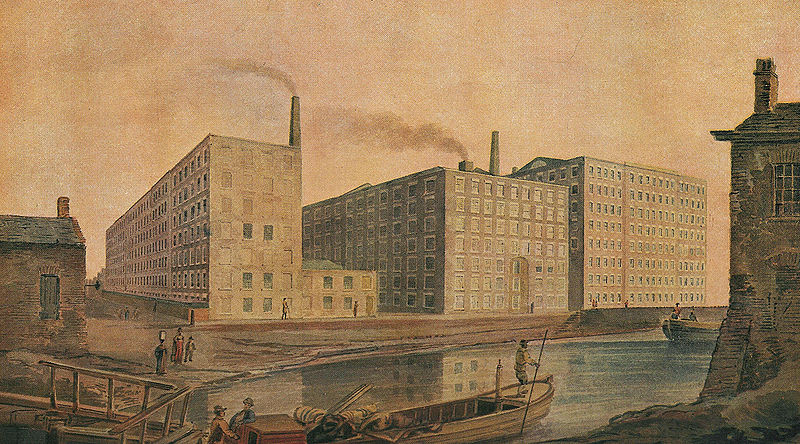 The existing water source (Longdendale in Derbyshire) would soon be exhausted so another supply was needed. Originally Ullswater was earmarked, but the hard rock surrounding Ullswater on all sides would have meant pumping or boring through miles of rock.

The Thirlmere valley was chosen for the new reservoir as it is long, has a relatively flat bottom and is flanked by some of the highest peaks in England including Helvellyn and Dunmill Raise. There were already two existing smaller lakes in the valley bottom where rainwater collected naturally.

In 1890 the Manchester Corporation constructed a dam at the northern end of the valley to stop water flowing out into St John’s Beck. As waters levels rose, the nearby village of Wythburn and the hamlet of Armboth were both flooded and lost under the water.

In order to transport the water south to Manchester an aqueduct was built. It carried the water almost a hundred miles by the force of gravity alone (without the need for expensive pumps). With a fall of 50cm every mile, the water travels at just 3-4 miles per hour and takes a day and a half to get from Thirlmere to Heaton Park reservoir from where smaller pipes carry water to locations across Manchester. 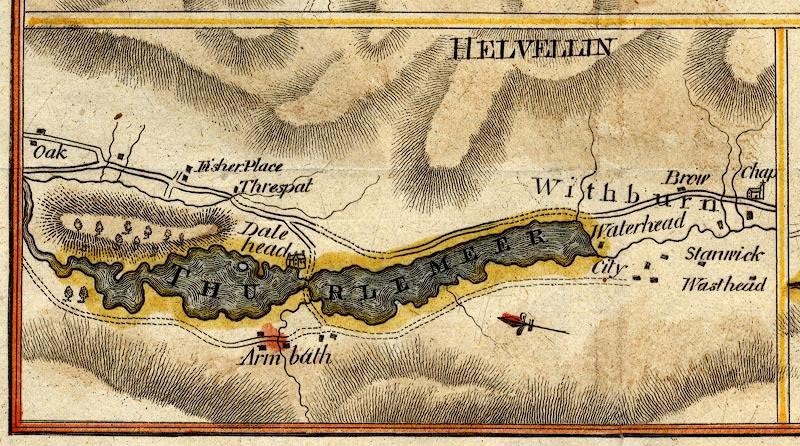 Not everyone was happy about the Thirlmere scheme. As well as the loss of Wythburn and Armboth with their school, vicarage, pubs, farms and houses, locals argued by becoming 'industrialised', the lake would lose its pristine beauty. The natural shoreline of the lake was lost under the water and its dramatic natural cliffs submerged out of sight.

The battle against the Thirlmere reservoir was lost and the needs of industry and a growing population prevailed. Time may have softened the ‘man-made’ features of the reservoir but issues of progress versus purity are still a familiar battleground in our landscapes.

To discover more stories about how the landscape has been shaped by our thirst for water, why not explore:

A lake for all seasons

Bringing water to the city

Looking at this lake between Keswick to the north and Grasmere to the south, you might not realise that unlike most of the other bodies of water that give the Lake District its name, Thirlmere is artificial.

This lake is in fact a reservoir – a purpose built space to store water.

Why did the Lake District need another man-made lake? Click to reveal the answer

Caroline Millar for editing the text

If you make a cup of tea in Manchester, your water might have travelled 100 miles to reach your tap!