So what lies beneath the lake?

When the water level is low the tops of old stone walls stick out of the water like the scales of crocodiles basking in the sun.

The stone walls are in fact the remnants of a lost village. The valley used to have a small hamlet at its head – Mardale Green – but this was submerged in the late 1930s when the water level of the valley’s original lake was raised to form a reservoir.

Hundreds of people were evicted from their homes and farms, and the popular Dun Bull Inn was abandoned. So why was one of the most picturesque villages in Cumbria ‘dammed’ to a watery end?

The reason was a growing demand for water. By the 1900s Manchester was a home for growing engineering, chemical and electrical industries. People flocked to the city to work and by 1931 the population of Manchester reached a peak of 751,000. Building the Haweswater Dam and flooding the valley created a reservoir capable of holding 84 billion litres of water, thus helping to quench the thirst of all these people.

Before the village was flooded most of the buildings were destroyed by the Royal Engineers, who used them for demolition practice! The exception was the small Church of the Holy Trinity, large enough for only 75 people, and with a pedigree extending from the 12th century. It was dismantled in April, 1937, stone by stone, and the stones and windows re-used to build the water take-off tower along the shore of the reservoir.

Naturally there was local opposition to the plan, but in this instance the needs of the many were deemed to be more important than the wishes of the residents.

Making such difficult decisions about land use and whose needs to prioritise is only likely to become more pressing in England, a country the Office for National Statistics calculates to be the second most crowded country in the EU.

Today the reservoir still provides about 25% of the North West’s water needs. Around 350 million litres of water supply Manchester every day – enough to fill around 140 Olympic sized swimming pools.

The landscape of the Lake District is perfect for storing large bodies of water because of the deep valleys carved out by glaciers. Mardale was carved by glaciers  during the last Ice Age, 10,000–11,000 years ago. The rocks are Borrowdale Volcanic rocks, a group of lavas and ash flows roughly 450 million years old forming a central band NE-SW across the Lake District. Indeed, from the viewpoint, at the bridge spanning Riggindale Beck, everything is Borrowdale Volcanic, and the general appearance rugged and craggy.

Yet in Mardale there is a softness to the landscape that belies the underlying geology. This is nowhere better exemplified than to the west of the viewpoint bridge, where Riggindale, clearly shaped by glaciers is framed by remnant ridges leading up to the peat-covered heights of High Street.

It is possible to view this wild landscape from anywhere along the eastern approach road, but the merit of walking the short distance (about 1 mile each way) rests on the simple pleasures of isolation, contemplation and tranquillity.

For more than 20 years, birdwatchers came to this remote valley to see England’s only pair of golden eagles. These magnificent birds had been extinct in England since 1850, but in the late 1950s a small number resettled in the Lake District, despite a lack of suitable food, although the remoteness of the setting would have been a perfect attraction for them.

Of the pair that settled on the crags above Riggindale, the female died in 2004, but her partner, named ‘Eddie’ by the watchers, returned each year in the hope of finding her or another partner. Now it is feared that Eddie has patrolled the eastern Lakeland skies for the last time, and is widely thought to have died.

It is the end of a golden era. 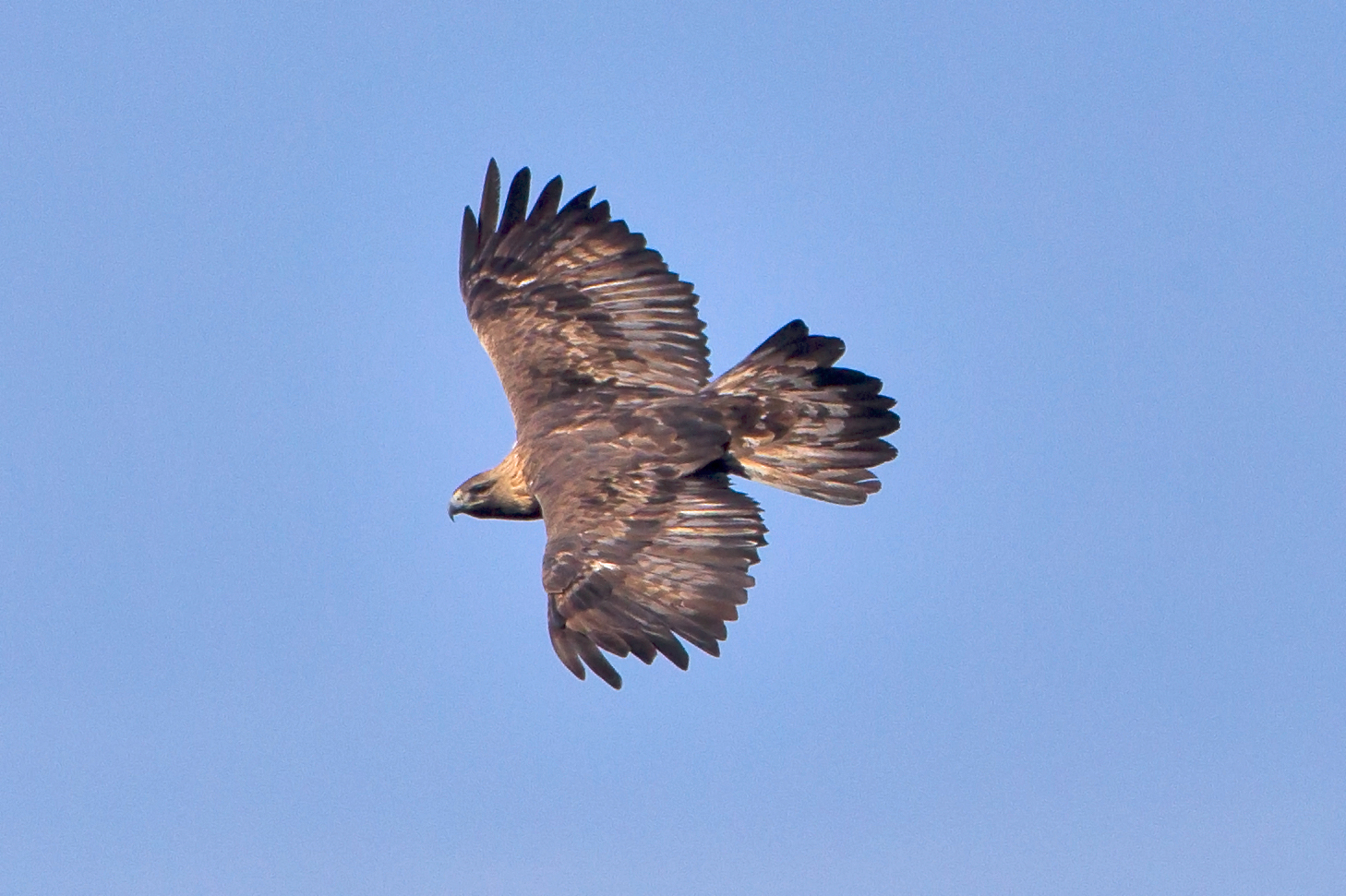 Visitors to Haweswater receive little indication of the history of this remote valley. Like many of the other valleys in the Lake District, we might assume it is purely of volcanic and glacial origin, which indeed it is.

But a quick glance at the map tells us that rather than being a natural lake we are looking at a reservoir. The passage of time has softened the shoreline of the lake to the extent that it now appears perfectly natural.

However, when the water level is low little clues to the past may emerge....

So what lies beneath the lake? Click to reveal the answer

Dr Terry Marsh, FRGS for creating, writing and photographing the viewpoint. Terry is a writer and photographer specialising in the outdoors and travel.

Golden eagles had been extinct in England since 1850, but in the late 1950s a small number resettled in the Lake District. Although they have now passed away, one pair made the crags above Riggindale their home for over 20 years, no doubt enjoying soaring over this spectacular valley.

Why did the Lake District need another man-made lake?