For the answer, we’ll need to travel back in time. During an era known as the Cretaceous (around 90 to 65 million years ago), much of lowland Britain was covered in warm, shallow seas. Over millions of years, the remains of tiny sea creatures slowly built up on the sea floor. Under the weight of the water and each other, their skeletons and shells were compressed to form a soft rock called chalk.

Around 20 million years ago, during the same phase of mountain building that created The Alps, massive, thick layers of chalk rock were were pushed up into a huge dome that covered most of south east England. Over time, the roof of the dome was eroded away by the work of wind, weather and rivers – a bit like a boiled egg that had its top sliced off! Today the North and South Downs are like the rim of the boiled egg, and are all that remains of the chalk layer that once covered the whole area.

But what about this deep valley we are standing in front of? Was it really the work of the devil?

For the true answer, we need to think about what’s under our feet.

Chalk is a porous rock, which means that water can pass through it.  Some twenty times in the past 2.5 million years of the Ice Age, thick ice sheets and glaciers covered much of northern Britain.

Further south, in places like Kent, the Ice Age created tundra-like conditions, much like those in Alaska today. The chalk froze to depths of 30 metres and more: that’s six times the depth of a swimming pool!

When chalk freezes in this way it becomes impermeable (water cannot pass through it). So, whenever the weather warmed, such as in brief Ice Age summers or at the start of longer warmer phases, the top layers of ice in the soil and rock thawed. Gravity did the rest – the sludgy mass of water, rock and soil particles flowed across the frozen ground beneath, carving out steep valleys in the soft chalk.

So, it probably wasn’t the devil who created this spectacular valley (or coombe as they are known in Kent), but that’s not quite the last we’ll hear of him…

In Russell Hoban’s cult science-fiction novel, Riddley Walker, set in post-apocalyptic Kent, the Devil’s Kneading Trough features as ‘Mr Clevvers Roaling Place’. Written in an imagined English dialect with a Kent accent, other place names include ‘Do it over’ (Dover), ‘Cambry’ (Canterbury) and ‘Sam’s itch (Sandwich).

For the intrepid explorer, a new project by Canterbury Christ Church University offers walking trails through the city of Canterbury following Riddley's own route... 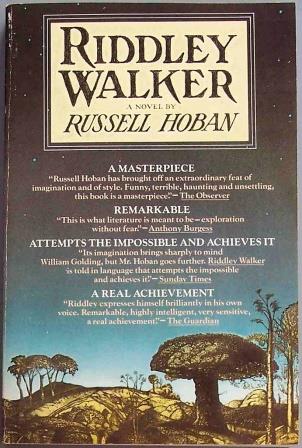 Known as the Devil’s Kneading Trough after its bowl-shaped appearance, this dramatic viewpoint sits at the heart of the Kent Downs AONB and is often described as Kent’s top beauty spot. Stunning views are a key feature of the AONB and from here you can see out over the flat Kentish Weald to Romney Marsh and as far as the English Channel.

Most of Kent, is reasonably flat, so how did these high ‘downs’ get here and was it really the devil who carved out this spectacular valley?

Did the devil really create this spectacular valley in the Kent Downs? Click to reveal the answer

According to legend, if you walk around the Devil's Kneading Trough seven times then drink the water from the natural spring, you will see the devil!