What was this building and why is it one of the ‘sweetest’ factories you will see?

Chocoholics among us may have spotted the clue in the name on the gate posts and clock face: Terry's.

Terry's make chocolates; they are perhaps most famous for the Chocolate Orange, a staple of many British family Christmases. This is their former factory, now known locally as The Chocolate Works.

Not only did the factory produce sweet treats, it looks pretty sweet itself.

Why was this factory designed to look so attractive?

The Terry family believed that beautiful things inspire people and make life better. They wanted a factory that both they and their workers could feel proud of, believing that this would boost productivity and ensure a happy and loyal workforce. In 1923 they had the chance to move to a new site and so brothers Frank and Noel built their new factory in the popular Art Deco style, featuring clean lines and decorative flourishes.

The clock tower actually disguises a boiler flue! It can be seen from as far away as the Minster so was a real visual statement for the company and the city. Instead of numbers the clock spells out TERRY YORK on its face. The brothers created a number of gardens around the factory so their workers could exercise and relax here too. Such features helped to make a pleasant setting to work. It was even run on a cooperative model, so that everyone had a say in how it functioned and a small share of the profits.

In putting their workforce first the Terry family were very forward-thinking. But they were not alone.  Another chocolate maker just down the road, Rowntrees, was taking this philosophy even further.

Rowntrees produced treats including Smarties, KitKats and Aeros.  The family were horrified at the poverty they witnessed in parts of 20th century York, and elsewhere in the country, and their Quaker faith urged them to act. In 1901 they constructed the garden village of New Earswick to provide housing for their workers; each house had its own garden complete with two fruit trees. 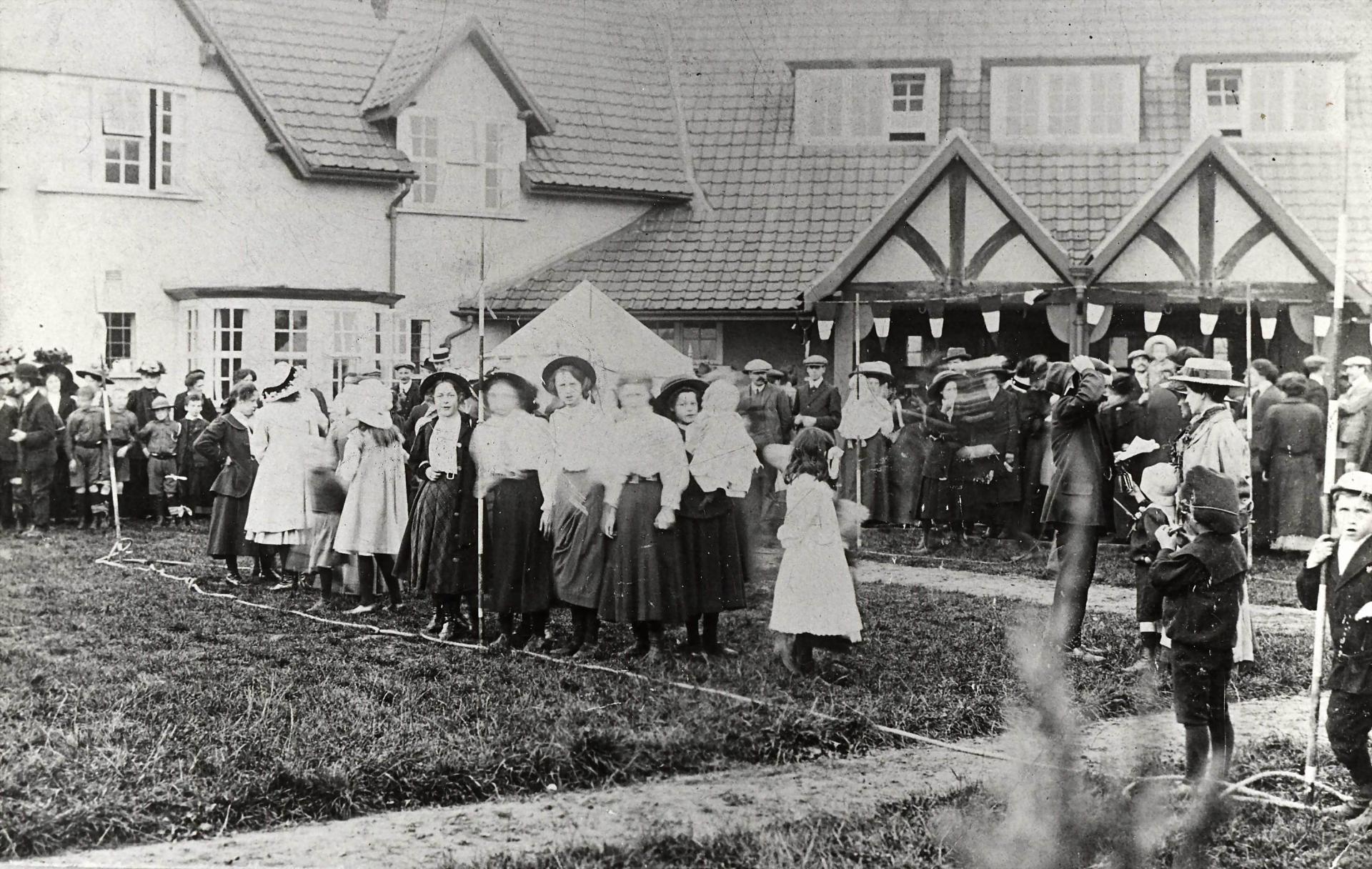 Of course, one of the most well-known examples of a model village is Bournville, created by the Cadbury Family. The Cadburys were also Quakers and keen to provide decent facilities for their workers in an effort to help build a fairer society.

Quakers try to avoid alcohol, believing it is bad for health and society. In the 19th century Quaker families turned to producing cocoa drinks, like hot chocolate, as a more appropriate alternative. From here it was a short step to producing chocolate bars.

In 1781 there were 8 confectioners in York! What was it that made the city so attractive to the chocolate industry?

The answer was York’s location.

Firstly the River Ouse made it easy to bring in the necessary raw materials. Sugar, cocoa and coal (for powering the steam machinery) were all shipped into the Humber Estuary to the south east, and loaded straight onto boats, which headed up river to York.

Secondly, York was the hub of the North Eastern Railway Network, so the chocolate products could be distributed around the country to appreciative customers.

Beautiful York, town of historic treasures: Roman city walls, rambling Tudor alleyways, a majestic Minster. It is easy to forget that the city has also been a hive of industry.

Venturing beyond the centre and out by the racecourse allows us a glimpse back to York's manufacturing past and chance to uncover another side to the city's story.

When we think of industry and manufacturing it brings to mind smoke-belching chimneys, grimy factory buildings and dirt. But before us here - with its fine red brick, elegant sandstone detailing and distinctive clock tower - is something rather different.

What was this building and why is it one of the ‘sweetest’ factories you will see? Click to reveal the answer

York360 for permission to use the photograph of the clock tower

Explore another garden village on the Wirral

From water to wealth

Discover how a river and a canal aided Lancaster’s fortunes