How do Whitby’s different cliffs reveal a story more dramatic than Dracula? 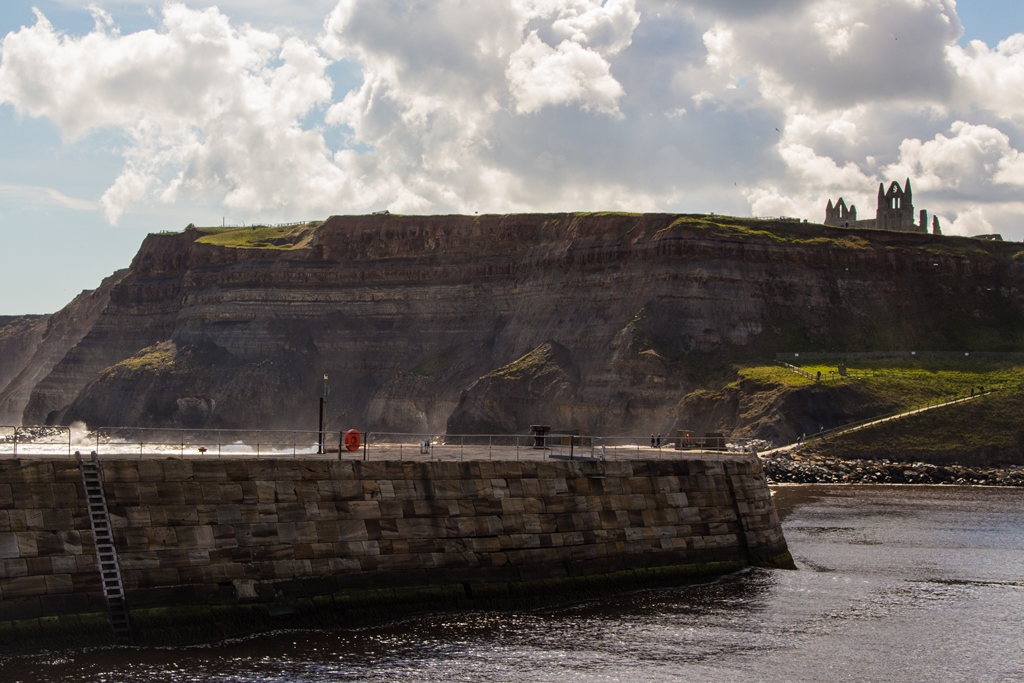 To begin let’s look left at the East Cliff. Looming 187 feet (57 metres) over the harbour it dominates the view. Can you spot striped patterns in its surface? These are layers of different rocks including shale, sandstone and clay. These stripes tell us how the cliff was formed.

Around 206 million years ago - a time called the Jurassic Period - the Yorkshire coast was under a warm tropical sea. Over thousands of years the sea retreated, leaving behind the fossils of sea creatures. The land became a boggy river channel with pockets of swamp. Gradually layers of river mud piled on top of each other. Over thousands of years the layers were compressed and solidified - creating the stripes of rock we can see today. 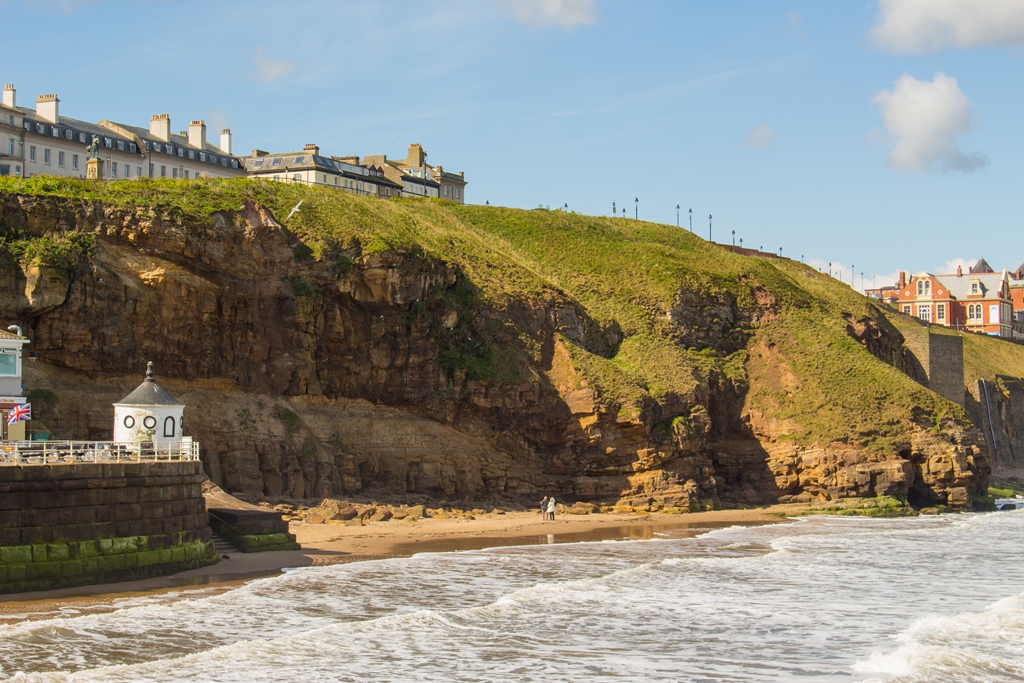 Now notice the West Cliff on the right. It is much lower, with large boulders lining the shore. It is made of sandstone with a thick layer of ‘boulder clay’ on top. The West Cliff looks different as it formed in a different way.

Millions of years after the warm Jurassic Period, our planet got a lot colder. Earth went through series of Ice Ages. The last one occurred between 120,000 to 100,000 years ago. At that time parts of Britain - from Scotland to north London - were covered by vast sheets of ice. In places the ice was a mile thick.

Then over thousands of years the Earth’s temperature rose again. The ice began to melt. Some broke up into huge chunks, called glaciers. On Whitby’s East Cliff, glaciers slowly slipped downhill towards the sea. The glaciers were very heavy and ploughed through the landscape, dragging along rocks, pebbles and mud. This material is called ‘till’. The boulder clay on the West Cliff is ‘glacial till’; a rock made from pebbles and mud swept along by melting glaciers.

So the cliffs look different because they are made of different rocks and in different ways.  But that isn’t the only reason…

Look between the cliffs at the River Esk. The river enters the North Sea here because it can run through a crack in the Earth’s surface called a ‘geological fault’. Faults can be enormous, such as the San Andreas Fault in North America which is over 800 miles long. They occur when rock comes under great physical pressure.

In Whitby the weight of the sea during the Jurassic Period pressed down upon the land. The multiple layers of the East Cliff were stronger than the sandstone of the West Cliff, so a crack formed where the two rock types met. The West Cliff dropped then was pushed down even further by the sea.

Whitby’s cliffs are part of the North Yorkshire and Cleveland Heritage Coast, which extends 35 miles from Staithes in the north to Flamborough to the south. This stretch is also known as the 'Dinosaur Coast' because of discoveries in the rock.

At Whitby, finds include dinosaur footprints and the petrified bones of an almost complete crocodile. In 1841 a plesiosaurus was uncovered here that measured almost 5 metres long and 3 metres across.

At the other end of the scale are ‘Hildoceras’ ammonites. These small fossils are named after St Hilda, who founded Whitby’s first abbey in the 7th century. Legends say Whitby's cliffs were covered in snakes until St Hilda cast them into the sea, where they coiled up and turned into stone! Hildoceras ammonites are known locally as 'snake stones' and three feature on Whitby's town coat of arms. 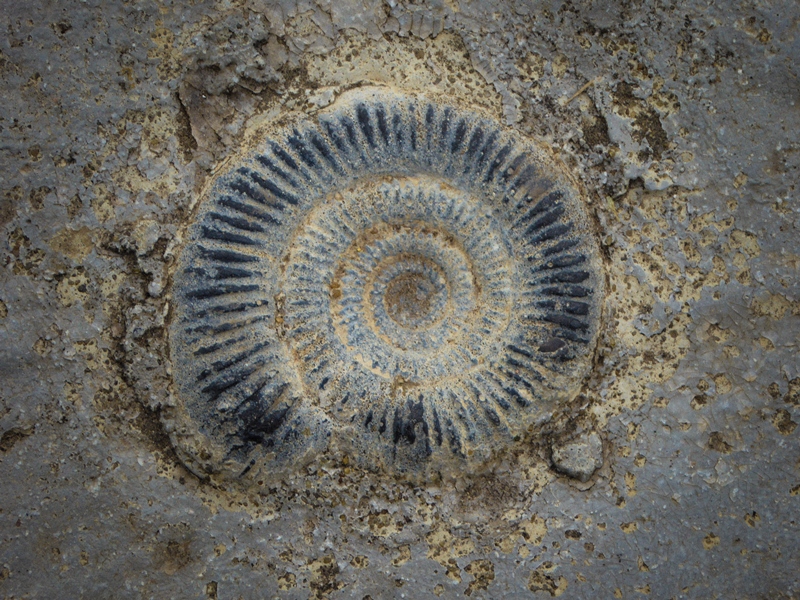 In Bram Stoker’s novel, Count Dracula arrives in England by stormy shipwreck at Whitby. His reign of terror begins by stalking the town’s cliffs and over 120 years later, he still has a unique hold over the town.

But keen vampire hunters and relaxing holidaymakers alike often miss one of Whitby’s most striking features.

With the lighthouse behind you, look at the cliffs on either side of the harbour. The East Cliff (left, below the Abbey) looks like a high grey wall, while the West Cliff (right) appears to be a bumpy orange cluster.

How do Whitby’s different cliffs reveal a story more dramatic than Dracula? Click to reveal the answer

Rory Walsh and David Flintham for creating this viewpoint

“There is a reason why all things are as they are.” - Bram Stoker, Dracula

Discover the dark side of Whitby

Explore how a remote location has helped and hindered Ravenscar

Why was this peaceful area of North Yorkshire once a hive of activity?