Why is there a sandy beach in the land-locked Pennine Hills?

The answer is down to both natural processes and human activity, and we need to jump back in time to the last Ice Age and then fast-forward to the nineteenth century.

During the last Ice Age, a layer of thick ice covered the north of Britain. Both the ice and its meltwater helped to carve the valleys you see in this landscape, leaving behind steep valleys with little soil covering the rocks. 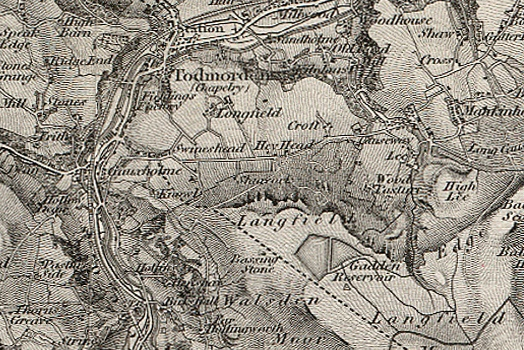 Look at the accompanying map of the area in the mid-nineteenth century. This shows the open expanse of Langfield Common, which was then a grazing pasture for sheep and cattle. The steep valleys were no good for crops but perfect for hardy sheep and cows.

The small dwellings you can see on the map would have supported the growing woollen trade as sheep farms or home based cottage industries such as wool combing, washing and spinning.

As the textile industry developed, wool became a valuable commodity for clothing manufacture. Technology developed and production speeded up, requiring a more powerful water supply to power the textile mills and make cloth. 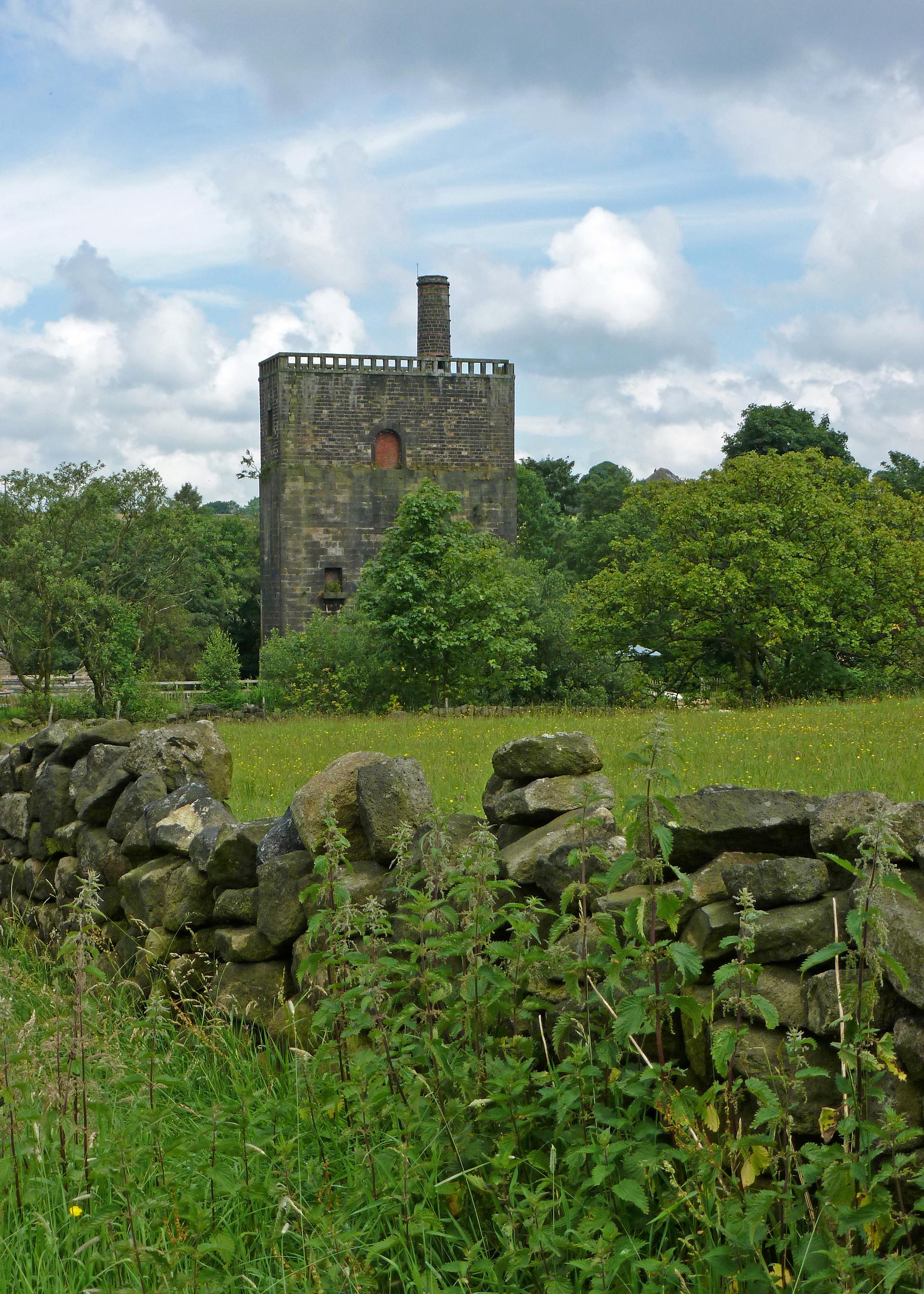 Here in Todmorden, Gaddings Dam West was one of thousands of reservoirs built to supply water-power to the textile mills in the North of England. (The mill this dam supplied, Lumbutts Mill, is still there today, and if you look along the upper valley to the east, you can see its chimney).

Today, a dam built to power a textile mill has been transformed into a popular swimming spot.  We’ve found out why the water is here, but why is there the sandy beach? You might think the sand is artificial and was brought here but the real answer lies in the geology of this particular landscape.

The stone of the Pennine hillsides is part of the Millstone Grit series, a type of sedimentary rock made up of layers of gritstone, sandstone and shales. In the Todmorden area, the coal layers within this rock have eroded away, leaving only the grit and sandstone. It is likely that this local rock was used to build the dam.

It is a relatively soft rock and so over time the waves on the dam have broken down some of the rock into tiny stone particles. The particles have naturally blown and collected on the east side of the dam and formed a sandy beach.

It is also thought that when the reservoir was built, the stone was cut (dressed) on-site, creating piles of rock dust (sandstone particles), which sunk to the bottom of the reservoir before being washed up here and adding to the beach. 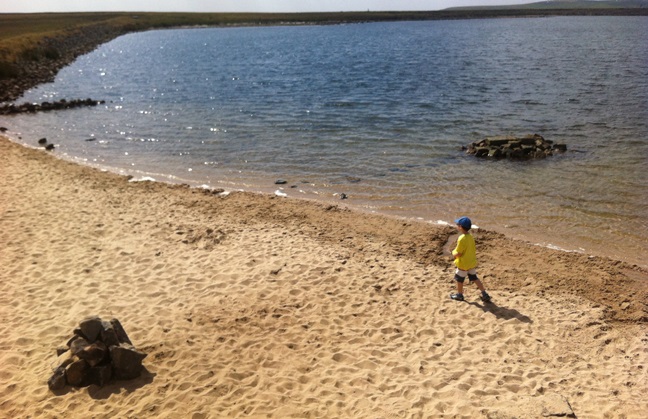 So as you grab your bucket and spade or perhaps roll up your trouser legs for a paddle, consider for a moment the natural and human forces that together have created this strange land-locked beach.

You wouldn’t normally expect to carry your bucket, spade and swimming costumes up into the hills, but here we are, just a short climb from Todmorden in West Yorkshire at a beach where you can paddle, swim or build a sandcastle all year round!

Why is there a sandy beach in the land-locked Pennine Hills? Click to reveal the answer

Charlotte Derry for creating this viewpoint

The Gaddings Dam Group for information

The highest beach in England is a popular spot for wild swimmers!

Immerse yourself in Brontë country