How has this happened and could one of Britain’s most iconic landforms be lost again?

Take a look at the aerial photo and you can see how long and narrow Spurn Point is. This makes it vulnerable to waves and storms. Spurn Point was actually created more recently than the mainland and has grown out from the Yorkshire coast over hundreds of years. 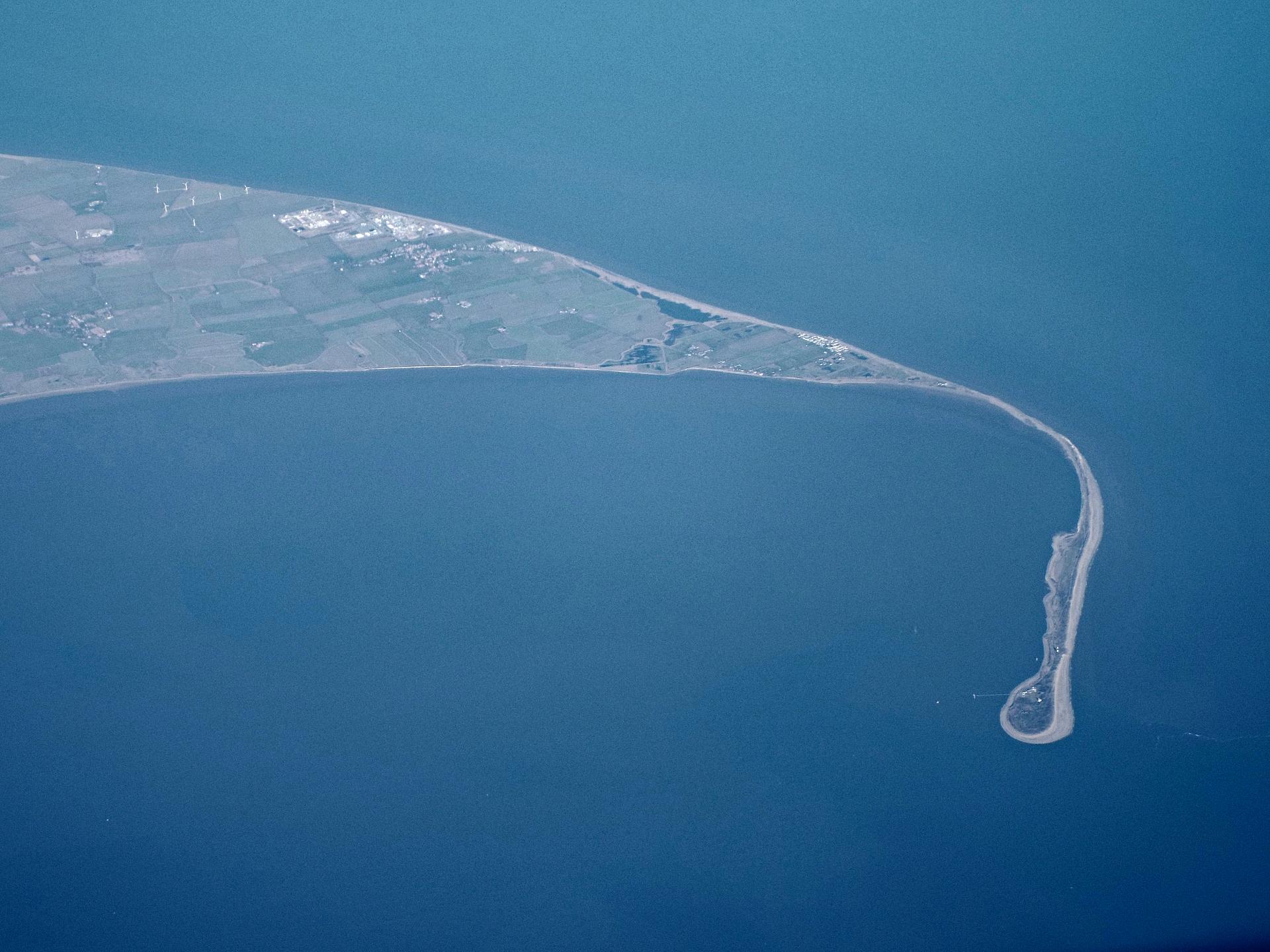 How has this happened?

The cliffs to the north of Spurn Point are made of soft rocks and clay, which are easily attacked by the wind and waves, broken down into sand and mud, and then swept down the coastline. At Kilnsea, where you are standing, the coastline curves into the Humber Estuary and the sand and mud is dumped here. Over time, this material builds up to create new land.

At first this new land is little more than a stump off the end of Kilnsea. But as more sand and mud are washed down the coast, they extend the stump into a finger. This finger of land is called a spit.

The spit is curved into the mouth of the estuary because the strongest winds and wave currents sweep the sand and mud in this direction. The mainland shelters this area of the estuary, so any mud being carried by the river gets caught at the spit and helps it grow further.

This explains why the finger of land appears, but why does it disappear again?

Whilst the spit grows into the estuary, wind and waves attack the stump where it joins the mainland. Sand and mud are washed away and so the spit gets narrower. In fact, this whole stretch of coastline is retreating inland.

During a storm in 2013 waves breached the spit at its narrowest point and washed away part of the road. In the next major storm it is possible that some of the spit itself will be washed away too. This would leave the end of the finger stranded as an island, and over time this too would be lost to the waves.

We know this could happen because this has happened in cycles of around 250 years since the last Ice Age. When the spit is washed away material starts accumulating and the cycle starts all over again. As a result this is known as a dynamic coastline because it continually evolves, even though this can take hundreds of years. 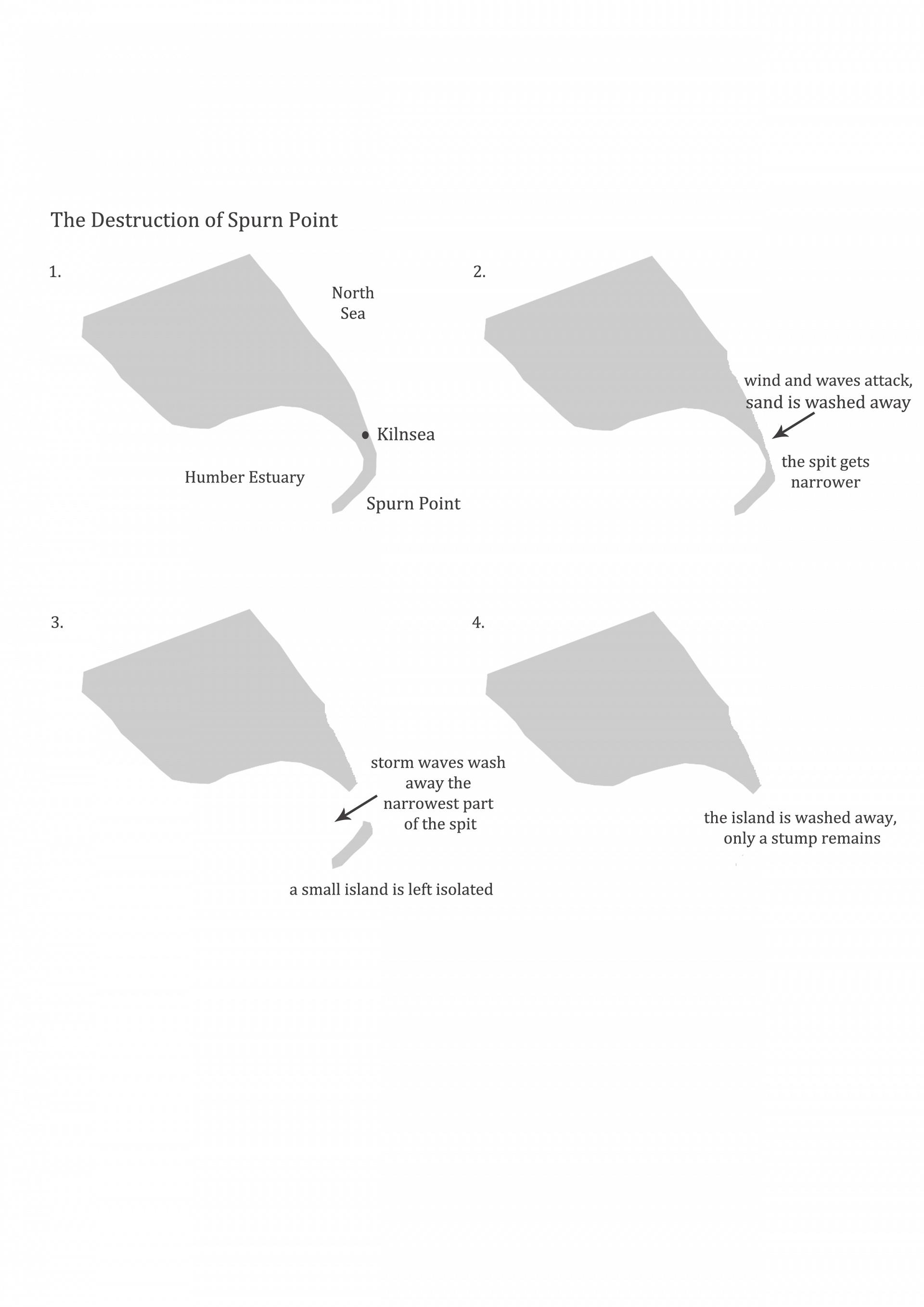 Look to your left and see if you can trace the sweep of the land as it curves out from your feet and away into the glistening estuary. The pin on the horizon is a lighthouse, and this marks the end of a finger of land called Spurn Point. On maps Spurn Point is immediately recognizable as the hook on the east coast of England.

While it may look like a permanent feature, this hook of land has appeared and disappeared several times since the last Ice Age (about 12,000 years ago).

How has this happened and could one of Britain’s most iconic landforms be lost again? Click to reveal the answer

Thomas Nugent for permission to use aerial photograph

And past the poppies bluish neutral distance
Ends the land suddenly beyond a beach
Of shapes and shingle. Here is unfenced existence:
Facing the sun, untalkative, out of reach.
- Philip Larkin, 'Here' (1961)

Why is Harlech Castle's water gate a mile from the sea?

Discover the wild beauty of Britain’s only desert