Why was this quiet moorland once compared to the Wild West?

The answer is of course towering over us! At 32 metres high and 400 metres long the Ribblehead Viaduct is a feat of Victorian engineering. It forms part of the Settle-Carlisle line, built by the Midland Railway Company between 1870 and 1874 in a bid to gain a share of the lucrative Anglo-Scottish market.

To compete with existing lines the company needed a direct route to transfer passengers and goods quickly. They chose a ‘short cut’ through the North Pennines and Yorkshire Dales, but this meant dealing with a challenging terrain of rivers, bogs and crags. For the 72 miles of line they had to build 14 tunnels and 22 viaducts! This required a mighty workforce. 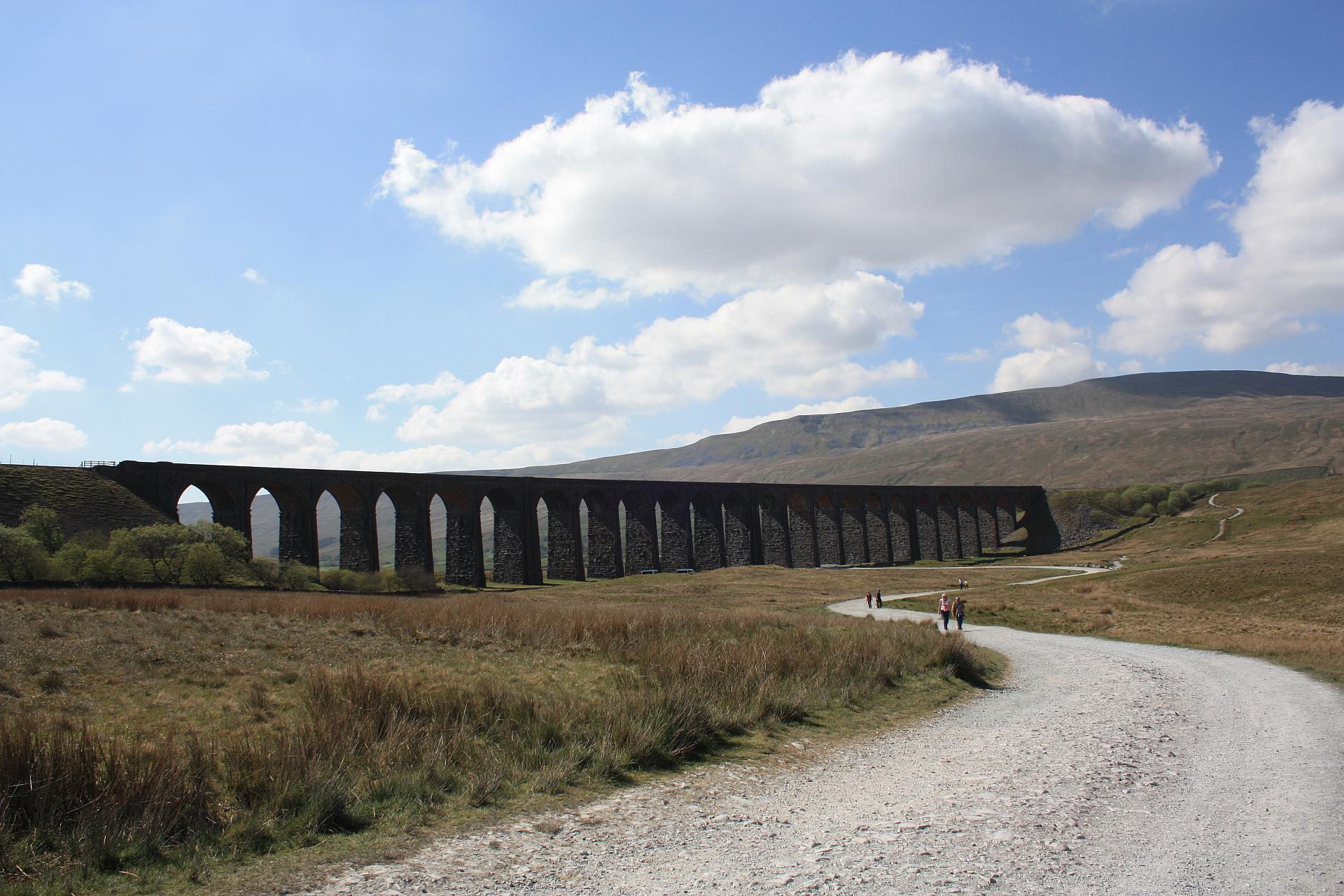 At this point in the mid-19th century, construction work relied mainly on back-breaking labour with pick and shovel. Gunpowder, steam-powered cranes and steam locomotives were used, but in the main, work was done by hand. Over one thousand men worked on this viaduct alone.

These workers were known as navvies, or navigators, a term originally used to describe the gangs of men that dug out canals and river navigations across Britain in the 18th century. It was later used to refer to those working on railways and other large engineering projects, like the construction of dams.

Not all of the workers came from the local area; men travelled from miles around to find employment here. In fact, because there was a census in 1871 we know that there were people living in Batty Green from 34 different countries! These people had to live somewhere and a shanty town of wooden houses sprung up. There were shops, a post office, schools and even a bank.

Living alongside the works, with blasts of gunpowder, the ringing of picks on stone, and the chugging of steam locomotives, was tough. Conditions were cramped and the exposed moorland and harsh weather made this a difficult life. A tenth of the workforce died as a result of construction injuries or smallpox outbreaks.

It was not unusual for workers to let off steam by drinking, and occasionally fighting! Local residents wrote to the newspapers complaining and in 1871 the Lancaster Guardian noted “The men…earn good wages and they might do well but for drink. Drink meets them at every step and they appear to be powerless to resist the British workman’s greatest foe”.

With men labouring away on the land, harsh weather, drinking and fighting we can see why comparisons were made with the Wild West!

‘Navvies’ were something of a Victorian pre-occupation; middle class citizens feared they were a threat to public life with their presumed drinking, brawling and thieving. In reality, most were simply hardworking families struggling to earn some money before the work dried up and they had to move on.

A charity called the Navvy Mission Society was set up in 1877 to support such itinerant workers, who often found themselves living in poor conditions in remote locations. The Society estimated there were 40,000 navvies in Britain at this time, with their founder calling them “a great nomadic tribe”.

On your walk back to the car park take a closer look at the moorland around you. Some of the lumps and depressions are remnants of the shanty towns and construction site that once stood here. Look out for the Yorkshire Dales National Park information boards which tell you more. 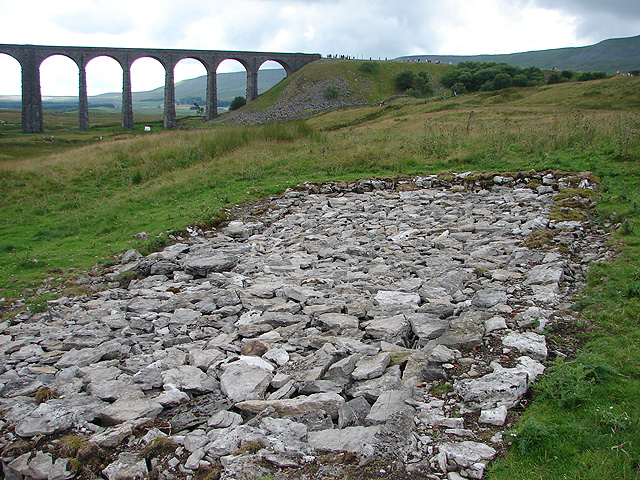 How times have changed?

Navvies are not used in construction works any more, but there are contemporary parallels in Britain today. Large-scale civic and engineering projects rely on a mass of temporary workers, often drawn from across the globe. Whilst conditions may not be as dangerous as in the Victorian era, such workers still face issues with pay, safety and decent accommodation.

During the 2012 London Olympic Games, cleaners were housed in a temporary compound just outside the Park. However there were reports that the portable cabins leaked, there weren’t enough showers, and even that people had to share beds with workers on different shifts!

They may not be as visible as the navvies with their shanty towns, but temporary workers can still face a precarious life in Britain today.

Site of carpenter's workshop during construction of viaduct © OLU via Geograph CC BY-SA 2.0

Straddling the rough, boggy ground of Batty Green, Ribblehead Viaduct is a majestic sight in this quiet corner of the Yorkshire Dales.

Standing underneath the viaduct, the legs of the arches march away from us like giant tin soldiers setting off for battle. Gaze around at the bleak but beautiful moorland stretching outwards and upwards to the Three Peaks (Pen-y-ghent, Ingleborough and Whernside).

Today we share this landscape with sheep and visitors who come to admire the crowning glory of the Settle-Carlisle railway line. However, if we were here in the 1870s the scene wouid be rather different!

Why was this quiet moorland once compared to the Wild West? Click to reveal the answer

Helen Rawling for creating this activity

OLU for use of the image of the former construction site

"The King Lear of Railroads, an epic route conceived in a fit of rage and driven recklessly across the kind of country that the SAS might choose for endurance training!" - Sunday Observer

How did an empty tunnel help ‘sweeten’ the North Yorkshire landscape?