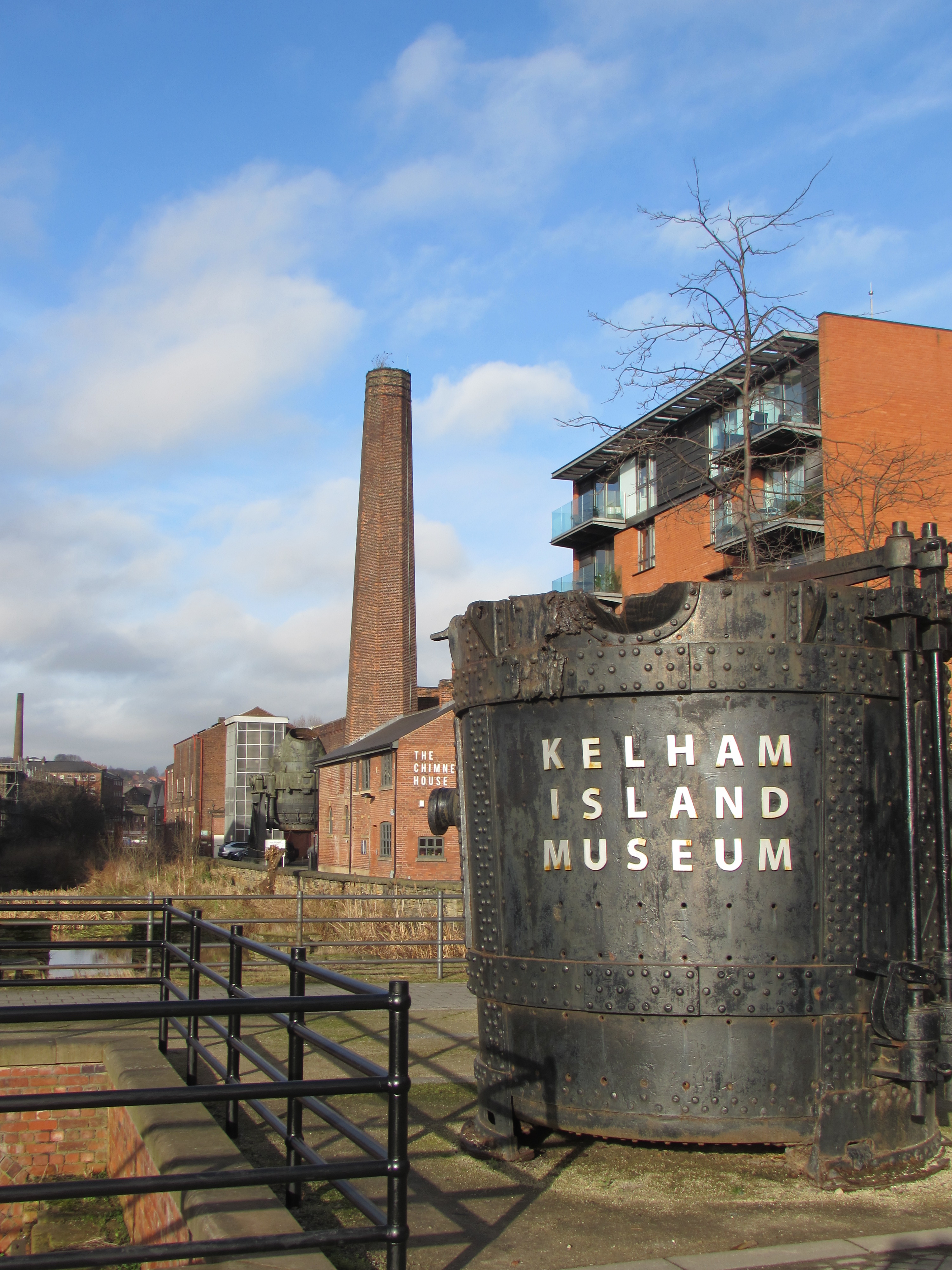 Looking towards Kelham Island Museum, see if you can spot a large, black, egg shaped structure that looks like something from an old science-fiction film. This is a Bessemer steel converter. Essentially a huge furnace, it was designed to mass produce steel from iron. It quickly revolutionised steel production and by the mid-nineteenth century, Sheffield and Kelham Island were at the heart of the industry.

The story of Kelham Island itself is an older one. Man-made rather than natural, it was created by digging a water channel (or goit) which diverted water from the River Don to power mills and workshops which were in production here from the thirteenth century.

When John Crowley’s Iron Foundry opened in 1829 it really put Kelham on the map. The fast flowing water of the Don, coupled with locally abundant coal and iron ore ensured Kelham’s future as the heart of Sheffield’s industry.For over fifty years, the small iron foundry dominated Kelham Island and helped Sheffield grow as an industrial centre, producing everyday items including bicycles, corn grinders, lawn mowers and ornaments. In fact, it was so successful that it moved to new premises in 1870, close to what is now the Meadowhall shopping centre.

This site was empty for a couple of decades before the old works were knocked down and replaced by a large power station (the red brick building with the tall chimney). The electricity generated here powered a fleet of new trams, enabling Sheffield's workforce to move around in the newly industrialising city. 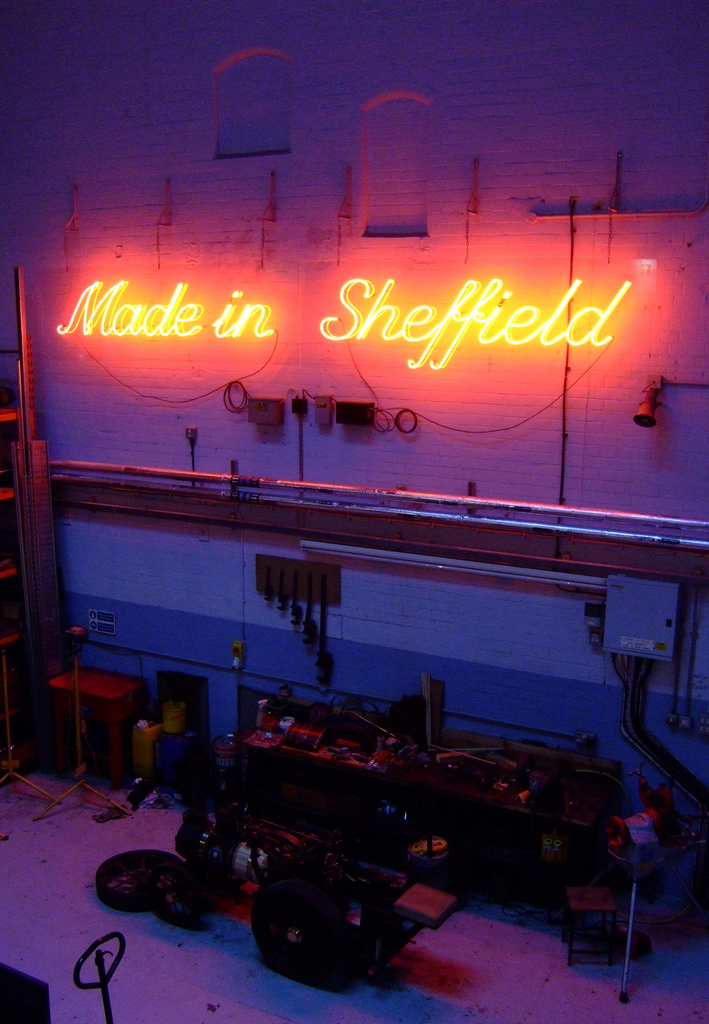 From crafting steel to craft beer

Kelham Island experienced dark days in the 1970s, 1980s and 1990s as recession led to derelict land, and an increase in crime and prostitution.

But today this area is thriving once more. Brand new developments house students and professionals, along with small supermarkets, pubs and popular restaurants. The power station building is back in action as well, this time as the Kelham Island Museum, housing a wide range of exhibits on steel production, steam power and wartime Sheffield.

Every week, the museum plays host to groups of schoolchildren who learn how the island has changed, and find out about life in Sheffield before the skyscape of des-res apartments replaced smoky chimneys and dark workshops.

If you fancy a wander...

Find your way to Alma Street and the Fat Cat pub - home to the Kelham Island brewery. Look for the high water marks on the front of the building, showing how severe the flood waters were in The Great Sheffield Flood of 1864 and again in 2007.

Damage caused at Kelham Island as a result of the flood in 1864 was catastrophic. People were killed and buildings destroyed when the newly constructed dam at Dale Dyke (several miles to the north west) gave way, unleashing a torrent of flood water down the Loxley and Don Valleys reaching Kelham Island.

One hundred and twenty four people were killed on that fateful day, among them John and Keziah Eaton who lived on Kelham Island and were swept away trying to save their family’s prize pig.

But this now desirable area was once the heart of a revolutionary steel making process where the future of the city was forged.

How did tiny Kelham Island shape Sheffield's future? Click to reveal the answer

Peter Naldrett for writing this viewpoint. Peter is a Sheffield-based writer specialising in education and travel. He writes geography resources for Oxford University Press and Twinkl, as well as travel guides to the Lake District, Peak District and the Yorkshire Dales. He regularly writes magazine articles for publications such as Cumbria, The Countryman and Derbyshire Life, and has three weekly newspaper columns.

"Sheffield is very populous and large, the streets narrow, and the houses dark and black, occasioned by the continued smoke of the forges, which are always at work” - Daniel Defoe

The steel industry employs about 30,000 people today; 40 years ago the figure was 10 times that