How did this small town become the birthplace of the Industrial Revolution?

Had you been standing on this spot approximately 165 years ago in 1850, you would be black bright with the soot from the 24 mills in the town below all producing wool to sell at the main trading point. 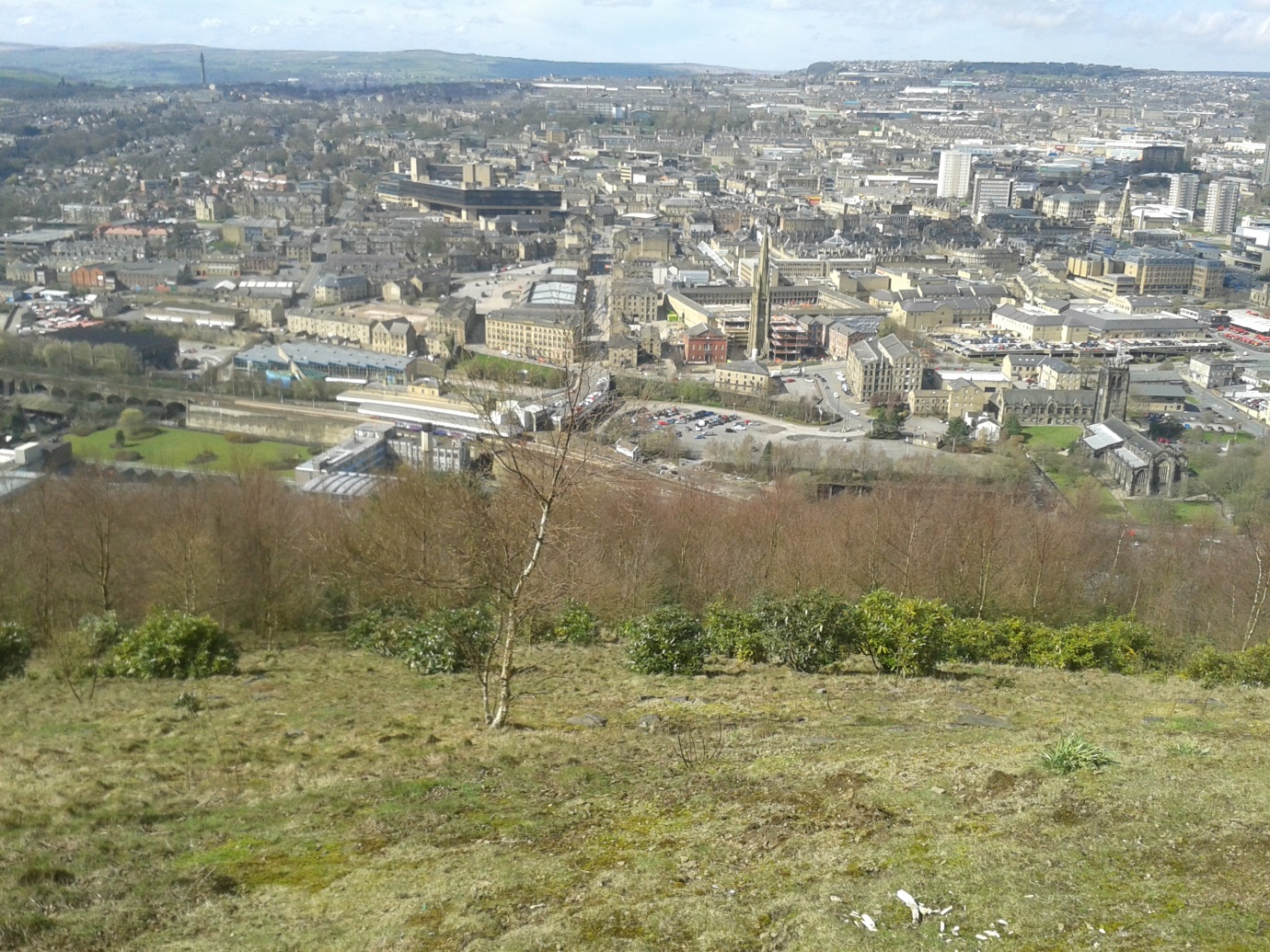 Halifax and the surrounding villages (collectively known as Calderdale), became crucial in wool production due to a perfect blend of factors – sheep and water!

Their locations close to the bottom of several valleys where sheep were farmed on the moors above, gave them ready access to wool.

Rain and snow would fall on the moors and hills surrounding Calderdale. This water would then enter small becks which ran down the valley at a ferocious speed. The water (and later steam) power was harnessed by woollen mills, spinning it into textiles.

The narrow shape of the valley shape meant dams, goits and sluices could be used to divert water towards the mills. Originally this was done on a family basis and villages and even small hamlets prospered but as the demand for fabrics grew, larger mills were set up.

And so, it was right here that the development of water and steam powered mills saw in the Industrial Revolution. Using machines to produce goods en masse brought costs down and wages up, drawing in hordes from surrounding villages to work in the mighty mills that Halifax could now boast. The population quadrupled in just 100 years!

Unfortunately, sanitation did not keep up with the growing population and the appalling living and working conditions initially went unheeded. The new textile factories stood side by side with barrack-like back-to-back slums along the congested valley floors, whilst double-decker terraces clung precariously to the steep hillsides. In Halifax, cellar dwellings and open sewers presented an ever-increasing challenge to the authorities. The booming Pennine town paid little attention to basic public amenities, and in 1843 was described as a 'mass of little, miserable, ill-looking streets, jumbled together in chaotic confusion'. Fortunately things are somewhat nicer here these days!

But even before the onset of the First World War, Halifax started losing its industrial and commercial mite. The demand for metals such as steel was now outpacing the need for textiles. Mill work was seen as dangerous and unhealthy with the long hours, crammed conditions, poor air quality and the risk of fingers being lost in the machinery!

People turned to office and retail work and as other parts of Britain began using steam, the need for water driven technology here declined – reshaping the horizon of the whole town. Instead, the service industry began to take hold and in 1853 what is now known as the Halifax Building Society (or HBOS) was established, becoming the biggest in the world by 1928. After Calderdale Council it is still Halifax’s biggest employer and its 15 storey former headquarters still dominates the skyline today.

Whilst this and other modern buildings conceal Halifax’s industrial past, several mills remain on their original sites. ‘Dean Clough’ visible to your right still stands proud, though this and others are now used as apartments, offices or art studios. Elsewhere on the landscape, Halifax’s  Akroydon and Shibden Parks remain, having been set up by mill owners for the pleasure of their workers. And the Square Church spire peeking up on the skyline casts its shadow over the 1779-built Piece Hall, which still holds markets today– a final grand tribute to Halifax’s woolly tale of industrial prowess.

‘From Hull, Hell and Halifax, Good Lord Deliver Us’

Had you have been standing here 200 years earlier still in 1650, you might have heard cry’s and the cheers of the towns people as the Halifax Gibbet ‘fell’ into action.

The Halifax Gibbet was an early guillotine used to decapitate criminals. It is thought to have been installed during the 16th century as an alternative to beheading by axe or sword. Ancient custom and law gave the Lord of the Manor of Wakefield (whose area of control used to include Halifax) the authority to execute by decapitation any thief caught with stolen goods above the value of 13½d. 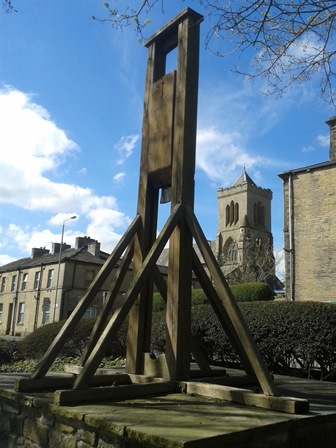 Decapitation was a fairly common method of execution in England, but Halifax was unusual as it employed a guillotine-like machine that appears to have been unique in the country; and it continued to decapitate petty criminals until the mid-17th century.

So fearsome was the Halifax Gibbet that in the seventeen century the poet, John Taylor penned ‘The Beggars Litany’ with had the infamous line ‘From Hull, Hell, and Halifax, Good Lord, Deliver Us!’

Standing on top of Beacon Hill, we can look over Halifax's unassuming town centre. The modern shops, banks, and supermarkets are surrounded on all sides by the rolling hills of the Pennines.

From up here it is hard to believe that Halifax played such an important role in cementing Britain’s place on the world map.

How did this small town become the birthplace of the Industrial Revolution? Click to reveal the answer

Jo Kemp and Caroline Millar for edits and suggestions