What created the dramatic gorge that inspired Tolkien?

This rousing landscape is a result of the limestone rock found here plus the action of ice and water over thousands of years. 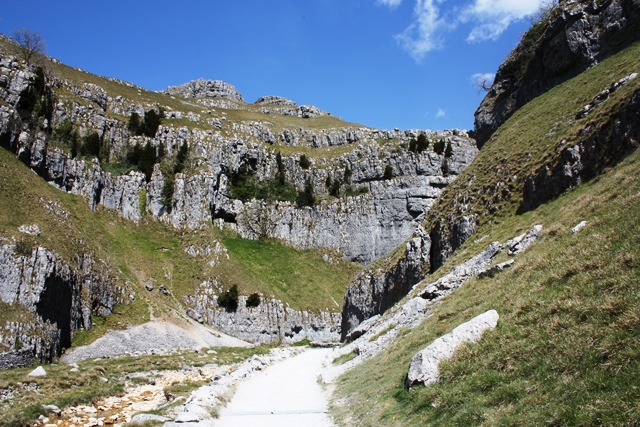 The cliffs towering above us reach up to 150 metres high. Like at Malham Cove, they are partly the result of the Mid Craven Fault, which runs through the landscape here. The fault is a fracture in the earth’s crust, formed between 359 and 299 million years ago.

Much more recently, this area was covered with ice during the series of ice ages that lasted from 2.6 million to 10,000 years ago. When the ice melted, massive amounts of water eroded along the fault line developing the ‘rock amphitheatre’ here.

The narrow gorge, where we are standing, cuts through the walls of the amphitheatre like a vicious scar. It formed towards the end of the last ice age, from around 10,000 years ago. Rising temperatures caused ice to melt and torrents of water cascaded down the valley.

Limestone has a structure with joints and planes occurring naturally within it. The water followed these faults and weaknesses in the cliffs, carving down into them until it could pour into the valley. Over time, the water cut this narrow chasm into the rock, creating the gorge we see today.

It is sometimes said that Gordale Scar is a collapsed cavern. But no single large cavern ever existed here. More likely is that the water carved numerous little pathways through the rock, some of which travelled underground. Over time, the roofs collapsed on some of these underground streams, opening them up, joining some together and making the chasm cut down ever deeper into the limestone. 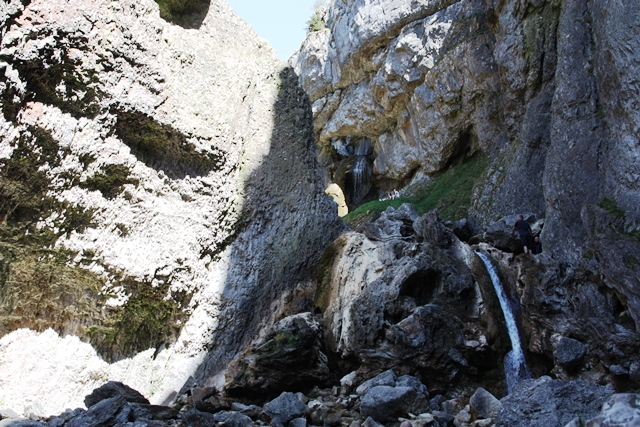 Gaze up at the waterfall that cascades down the rock face. If you trace the water back it appears to emerge from a cave in the cliff-side. This is actually an arch or rock bridge, formed as recently as 1730 when the stream broke through the narrow rib of rock above. One day in the future the bridge itself may collapse, making the gorge seem even deeper.

Limestone, ice and water created this dramatic and imposing scenery. Impressive on a sunny day, it’s awe-inspiring, even sinister, in wild weather. It is easy to see how it might have inspired Tolkien when he was describing an impenetrable rock fortress in The Lord of the Rings.

In the 1920s Tolkien was Professor of English Language at the University of Leeds, so he was familiar with Malham and Gordale. He wrote of the area: ‘this is a region of great interest … the scene of swaying fortunes of English since very early times…’

Tolkien’s description of Helm’s Deep in the novel certainly sounds like Gordale:

“a gorge opened in the hills…Ever steeper and narrower it wound inward….till the crowhaunted cliffs rose like mighty towers on either side, shutting out the light”.

And when Tolkien describes the countryside around Helm’s Deep - where white mountains have caverns full of stalactites, ventilated by “fissures in the rock far above” - he could easily be describing the limestone landscape of the Yorkshire Dales.

A place of inspiration

It wasn’t only Tolkien who was inspired by Gordale Scar. Artists JMW Turner, James Ward and John Piper, and poets William Wordsworth and Thomas Gray were among those who sought to capture its awesome nature.

In the early 19th century many artists actually considered the scar too overwhelming to paint! Between 1812 and 1814, James Ward set out to prove them wrong. Using a giant canvas over 3 x 4 metres in size, manipulating the perspective and applying plenty of dark colours and menacing clouds, he created his dramatic vision of the gorge. Do you think he does it justice? It certainly looks like a fitting site for a Tolkien-esque battle. 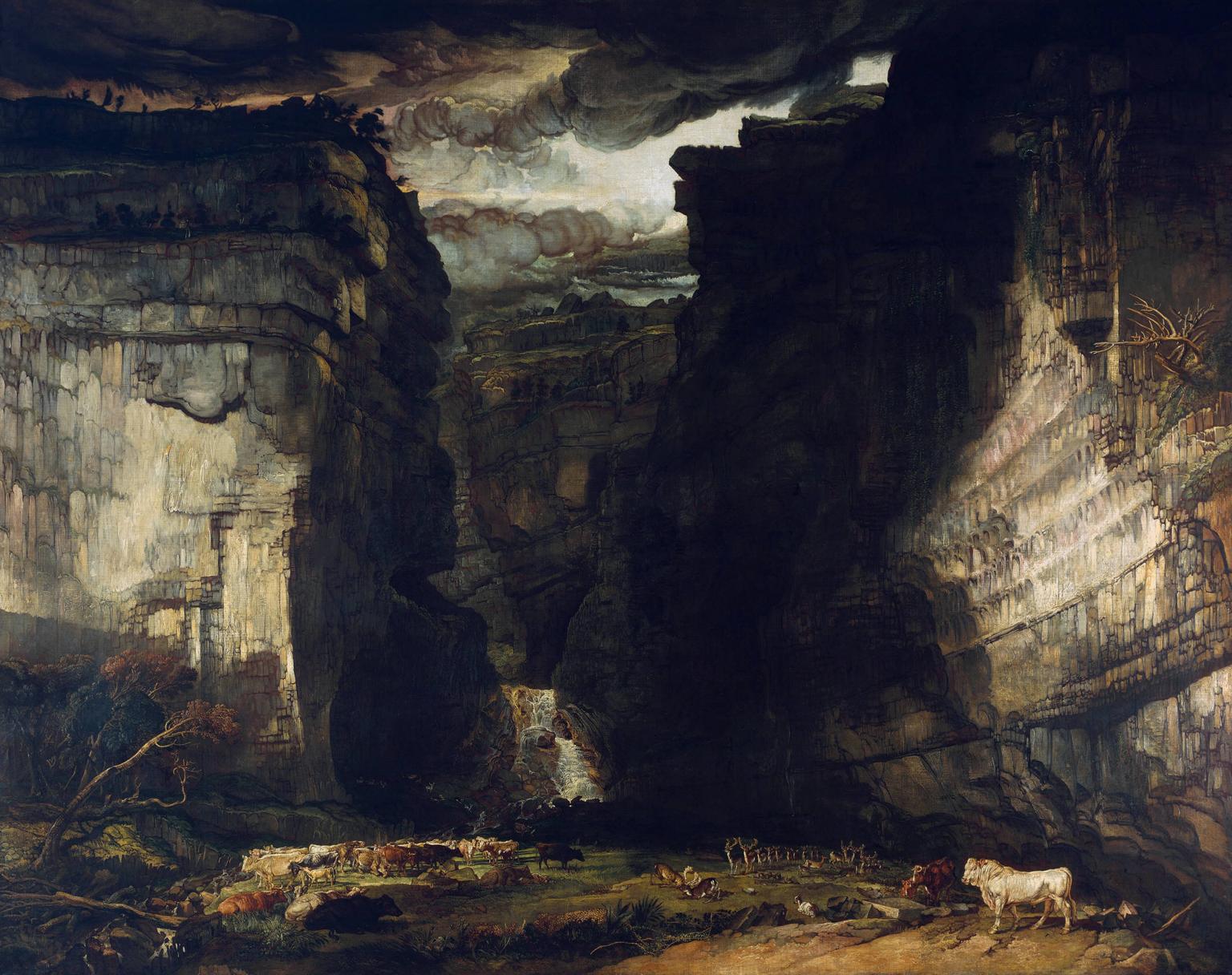 Image: Gordale Scar (A View of Gordale, in the Manor of East Malham in Craven, Yorkshire, the Property of Lord Ribblesdale) 1812–4 by James Ward © Tate

The gentle amble along Gordale Beck (stream) surrounded by grazing sheep lulls you into a peaceful reverie and suggests nothing of the drama in store.

As we head into the valley, the walls of a grand rock amphitheatre rise up in front of us. But it is not until we round a large limestone buttress that the jaws of a surprise narrow gorge snap at us like an angry dog.

With its gnarled and bulbous rocks, dark recesses and dripping gloom, it’s not hard to imagine a troll or orc lumbering out of a cavern to greet us!

Indeed many believe J.R.R. Tolkien had Gordale in mind when he described Helm’s Deep, scene of an epic battle between men and orcs in his book The Lord of the Rings.

What created the dramatic gorge that inspired Tolkien? Click to reveal the answer

Helen Rawling - for creating the viewpoint

Andy Rothwell - for his photograph of Gordale Scar accessed via Flickr (CC BY 2.0)

David Merrett - for his photograph of Gordale Scar accessed via Flickr (CC BY 2.0)

“…let thy feet repair
To Gordale-chasm, terrific as the lair
Where the young lions couch…”

Discover the weird and wonderful limestone pavement of Malham Cove

Why was North Yorkshire's quiet moorland once compared to the Wild West?