Why does this quiet Black Country roundabout light up a hidden world? 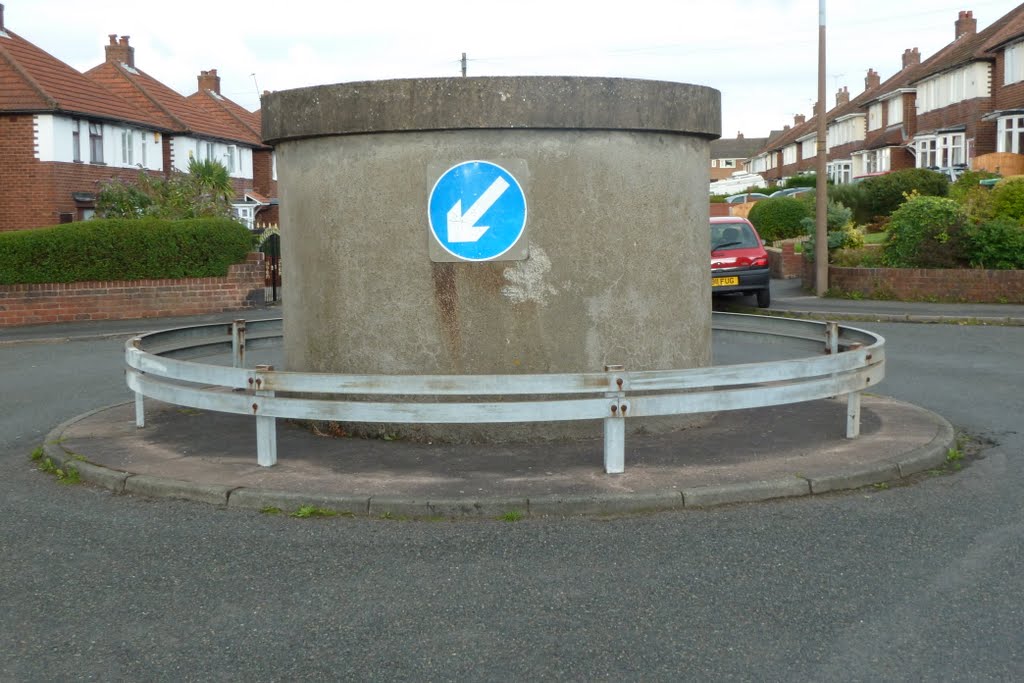 To begin let’s think about why this structure is protected by steel and iron. These barriers prevent people climbing on top of it. Also listen carefully. If you are very lucky you might hear an echoing drone coming from inside.

If we were above this ‘Tividale tower’ we could look down into a murky channel of water. The occasional droning noise is the sound of boats passing underneath. This surreal situation occurs because Aston Road is one of several suburban streets built over the Netherton Tunnel Branch Canal.

The Netherton Tunnel opened in 1858 to reduce congestion on the Dudley Canal. The existing Dudley Tunnel had become a bottleneck that boats could wait weeks to pass through. The wider Netherton Tunnel acted like a motorway bypass. Its 1¾ mile route runs underneath roads and parks from the edge of Tipton (to the north of here) to Warrens Hall Park (to the south).

Constructing the Netherton Tunnel took three years and began by digging 17 vertical shafts to the same depth. These 2½ metre (8-foot) wide shafts were initially used to plot the tunnel’s course. When the tunnel was completed, the shafts were kept in place for another purpose. This spot is where one of them emerges from below ground.

The reason is to ventilate the tunnel. The shafts let fresh air in and help disperse the fumes from boat engines. These days the vents also provide natural light. When the Netherton Tunnel opened it had gas lamps in the roof but it is now unlit. So boats creep under our feet in near darkness. 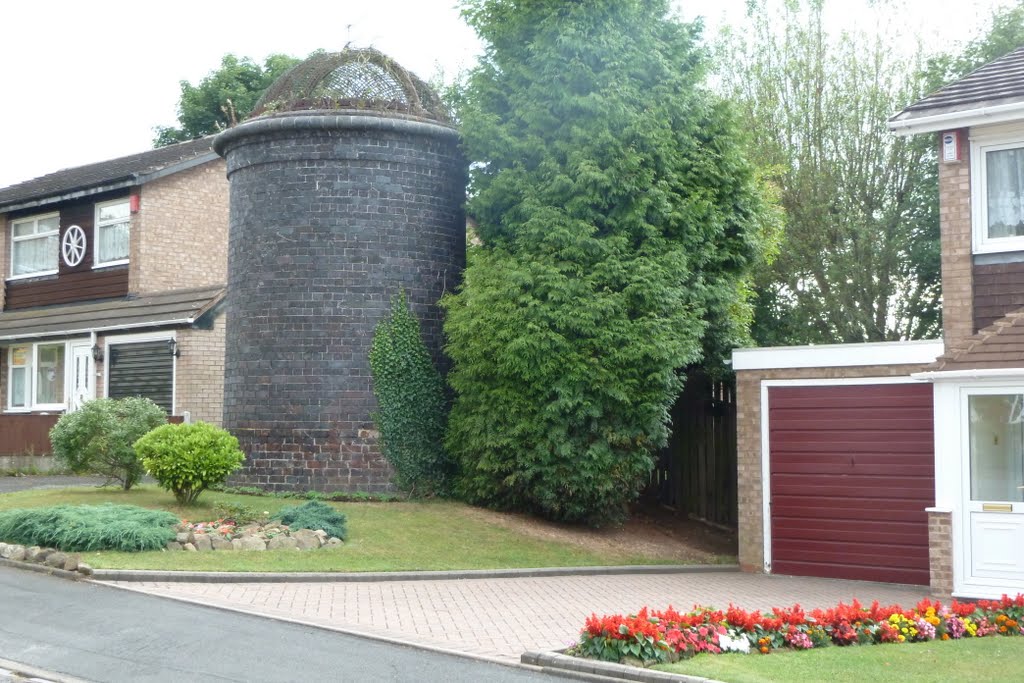 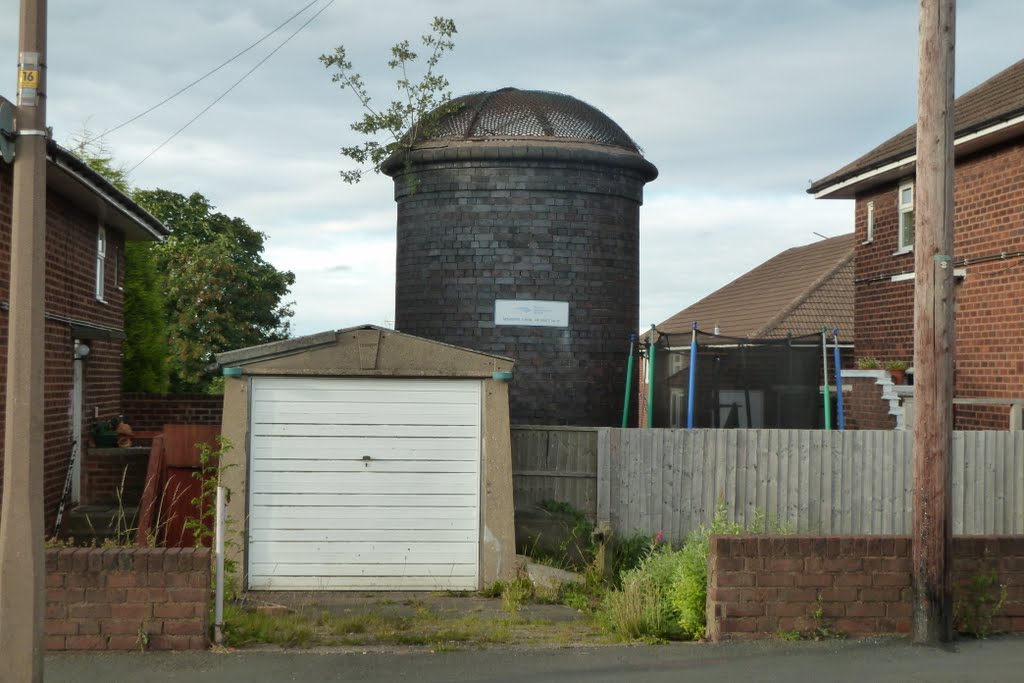 Black Country pepper
This vent has been shortened to create a roundabout but others remain in their original form. They are known as ‘pepper pots’ after their domed cylinder shape. Though helpful for navigation, boaters aren’t always pleased to pass under them. After rain the shafts trickle with ice cold water – a shock in the dark when a drip runs down your neck!

In the 170 years since the Netherton Tunnel was built the land above it has been transformed. The small isolated villages of the Industrial era have grown into large connected towns. Housing developers had to include the shaft vents in their plans. So while some of the ‘pepper pots’ are still in open spaces, others now stand proud in people’s gardens!

Hang overs
Two of the garden ‘pepper pots’ are only a few streets away from this one. Another survives in the grounds of a nearby supermarket, despite a brush with death. The vent once emerged by a pub called The Hangman’s Tree, named after a large elm tree across the road. Local legends claim that a hangman used the tree to carry out his work. The elm was cut down in the 1970s and the pub was recently demolished – leaving the ‘pepper pot’ as the supermarket’s largest condiment dispenser!

Lined with symmetrical semis and tidy gardens, Aston Road in Tividale looks like many other residential streets throughout Britain. Except halfway along it cars have to navigate an unusual roundabout.

Instead of a typical circle of grass is a large stone pillar, ringed with steel girders and topped with iron mesh. This strange obstacle bursts through the tarmac like a military bunker.

But this is no Second World War defence. And it’s far too tall for a speed bump. Instead this curious object isn’t for road traffic at all.

Why does this quiet Black Country roundabout light up a hidden world? Click to reveal the answer

Mustafe Ali and Diego Fernandez for letting us borrow the pepper pots!

Britain’s first roundabout was built c.1909 in Letchworth, Hertfordshire. It still survives despite being destroyed onscreen in the 2013 film The World’s End.

Down the Bumble Hole

Explore the hidden histories of Windmill End in Netherton

Why is the Black Country home to Britain's most drunk-looking pub?