What happened to the body of water that influenced Kenilworth's fortunes?

Look around the meadows; can you see any water today?

You may have noticed marsh grass, suggesting the soil is damp here, and in the winter there may be floodwater. If you look towards the lowest point in the meadow you can see the line of a ditch; this is where the Finham Brook flows. These are all clues as to where the water came from and how the landscape has changed.

Kenilworth Castle was founded in the 1120s but we are going to focus upon the beginning of the 13th century, when King John extended and strengthened the fortifications. His intervention dramatically changed the local environment and created the largest artificial lake defences in England.

Just behind the line of trees to our right is a dam. It was built to block the Finham Brook, and the Inchford Brook, which flows into it. This flooded the meadow in front of us to create a large lake, or mere, around much of the castle. Known as the Great Mere, the water would have lapped at our feet and stretched for 100 acres (the equivalent of 135 American football pitches). 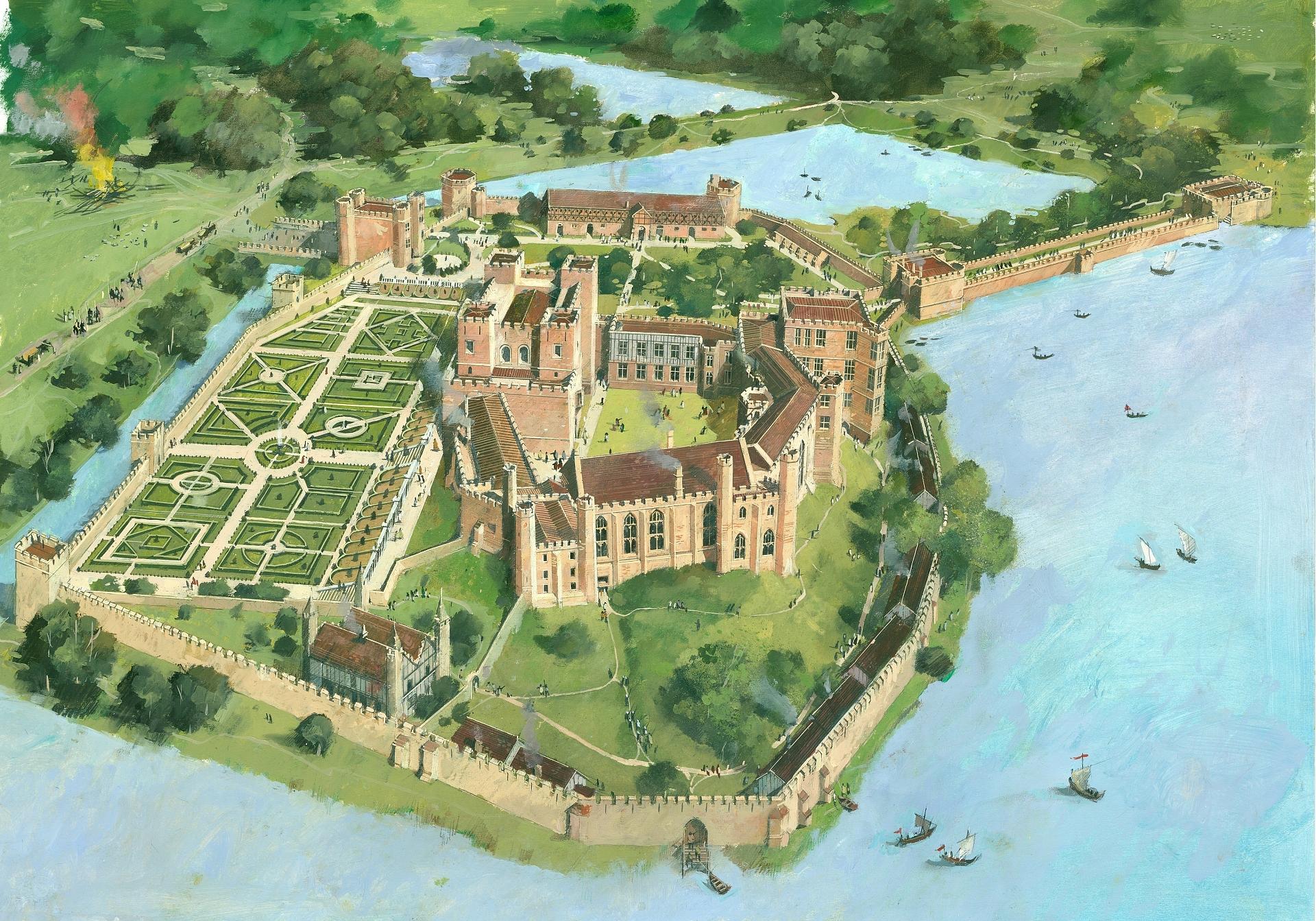 The mere was an excellent defence system. If you look at the wall around the castle you can see it is quite low - because the water was so effective at keeping enemies at bay.

Around 50 years later the water defences were really put to the test. John's son King Henry III gave Kenilworth Castle to the Earl of Leicester, Simon de Montford; an act of generosity he was soon to regret! A few years later, a number of noblemen (including De Montford) felt Henry was abusing his power, so they rose up against the king. De Montford became a leader in this movement and although he was defeated in battle, surviving rebels regrouped at Kenilworth Castle.

In June 1266 Henry’s son Edward I laid siege to the castle, but in 6 months he failed to break its defences. Imagine you are one of Edward’s troops. The Great Mere prevents you from getting any closer to the castle than you are now. You have bows and arrows, and even a trebuchet, but you cannot fire anything far enough to hit the walls, let alone the people inside. Very frustrating! At one point Edward even brought in barges from Chester to ferry his men across the mere, but the defenders simply threw missiles off the walls to prevent them climbing up. The rebels finally reached an agreement with the King in December and surrendered the castle. The Great Mere was such a success that it inspired the design of other castles, particularly Caerphilly in Wales.

So where is the water today?

The water defences were employed again 350 years later, when the English Civil War broke out. King Charles I used Kenilworth as a base to fight the Parliamentarians in nearby Warwick. Once the Parliamentarians gained control of the castle, however, its defensive strength became its undoing. Parliament ordered parts of the building to be destroyed and the mere to be drained so that it could never be used against them.  Once again, the threat of war dramatically altered the local environment; the mere flowed away leaving only the water meadows and small brook we can still see today.

The return of the Great Mere?

In 2008 a proposal was put forward to re-flood the meadows and recreate the mere in Kenilworth! Supporters argue it would create a habitat for wildfowl, increase tourism and boost the local economy. Other people are worried this would be an expensive project, potentially costing £16 million - funds that could be better spent meeting local needs.

Avoiding the castle's main entrance - escaping the crowds, gift shop and ticket booths - gives us a panoramic view across the meadows to the dramatic castle ruins. Breathe in deeply, listen for the chirrup of songbirds and enjoy the solitude.

If you had been here in 1266, however, you may well have heard the ‘thunk’ of a catapult and the curses of soldiers as their missiles fell short of the castle walls. This now tranquil spot was the scene of the longest siege in English history.

The castle withstood the siege for so long due to one of our most important resources: water. Look around today however and there's not a drop to be seen.

What happened to the body of water that influenced Kenilworth's fortunes? Click to reveal the answer

Helen Rawling for creating and photographing this viewpoint

Nando Machado for editing the photograph

Unusually Kenilworth is named after a woman. The name translates as 'farm of a woman named Cynehild.'

Discover the changing fortunes of the spa town of Leamington

From castle to county town