Why did Birmingham’s busiest canal junction have such a small entrance? 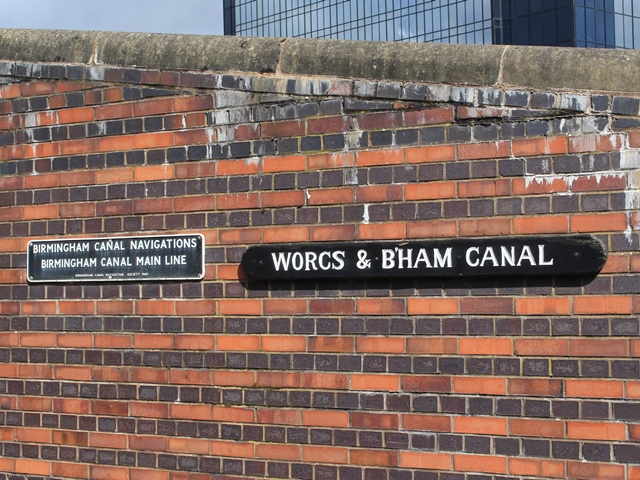 Today Gas Street is a scenic spot. Canals meander to the left and right, while ahead colourful classic boats sit like sweets in a jar. If we were standing here 200 years ago however this place would be full of smoke, fumes and noise. Boats laden with coal, iron and glass would be queueing in the water, while teams of men and horses would be working on the towpaths.

For a clue why, look at the wall to the right of the bridge (opposite Canalside Café). Can you spot two black signs?

Gas Street is where two canals meet - right of the bridge, towards the Mailbox building, is the Worcester & Birmingham Canal (W&B) while to the left is the older Birmingham Canal Navigations (BCN).

Canal companies made money by charging tolls to transport goods. When the BCN was completed (in 1773), it held a monopoly on Birmingham’s valuable trade. The arrival of the W&B at Gas Street soon after concerned the BCN, who feared losing money and water supply.

The BCN’s owners insisted a physical barrier should separate the two canals. So an 84-foot long wall was built to keep them apart. It became known as the Worcester Bar. We can still see it today; the straight walkway directly ahead of the bridge.

The Bar allowed both companies to collect tolls. But financial gains were undone by the time and effort to transfer goods. To do this, boats were unloaded on one side of the Bar, cargoes physically hauled over the wall and reloaded onto boats on the other side.

Ladies and gentlemen, the Bar is open!
To speed up traffic, the gap below us was created in 1815. Look under the bridge for grooves in the wall and towpath. These are where planks were laid to stop boats from passing through without paying tolls. The change came too late though; soon both canals were superseded by the railways.

Building the Worcester Bar may seem like folly. Yet its story is a reminder of the commercial importance canals once had. Before the railways, canals were a vital trade route that needed protecting. Gas Street highlights their worth and the rivalries that sprang up along their banks. 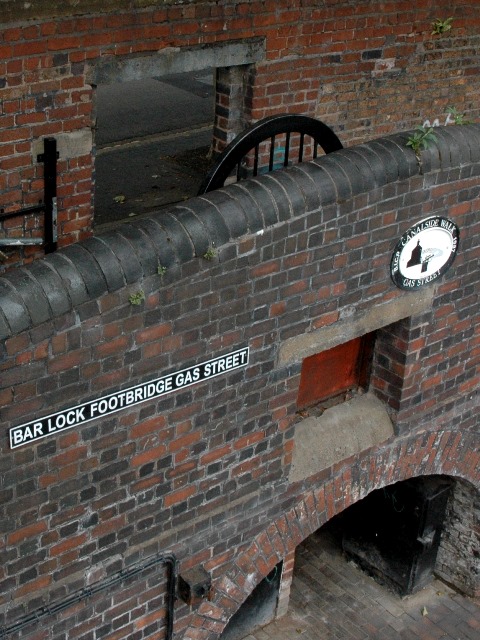 Gas Street’s unusual name comes from the Birmingham Light Company, who extracted gas nearby from burning coal. Birmingham was among the first places outside London to benefit from public gas lighting, which continued in parts of the city until the 1970s.

Gas wasn’t the only resource obtained here. Left of the bridge, look in the wall above the towpath for a red metal door. These doors were for fire crews, who had special permission to access canal water in an emergency.

From Gas to G8

After years of decline the vibrant centre of Birmingham’s canal system has been transformed. Gas Street Basin is now a colourful mooring surrounded by galleries, shops and restaurants. The area’s rejuvenation attracts visitors from around the globe, including Prime Ministers and US Presidents. During the 1998 G8 summit, Tony Blair and Bill Clinton visited a nearby canal side pub while their respective wives enjoyed the local sights. 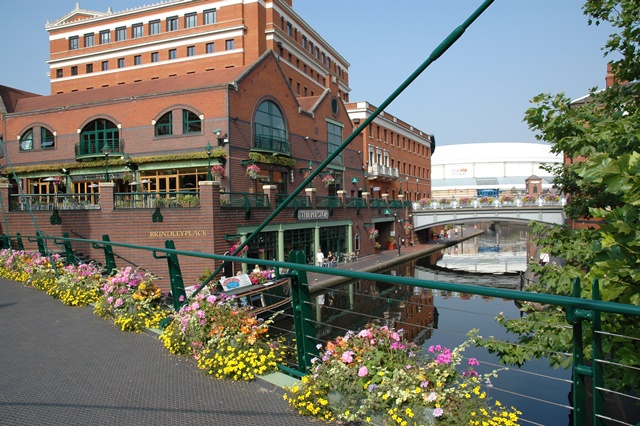 At its peak, Birmingham’s canal network spanned over 160 miles. From the early 18th century these waterways kept the land-locked West Midlands at the forefront of the Industrial Revolution.

If the canals were industrial Britain’s arteries, Gas Street was the beating heart. This was the major junction for almost all the Midlands’ canal traffic.

But look below the bridge - the entrance is barely wide enough for one boat at a time to squeeze through.

Why did Birmingham’s busiest canal junction have such a small entrance? Click to reveal the answer

Graham Fisher MBE for creating and photographing this viewpoint

It’s often said that Birmingham has more canals than Venice – it’s true! The city has 35 miles compared to Venice’s 26.