Why is this Black Country pub so crooked? 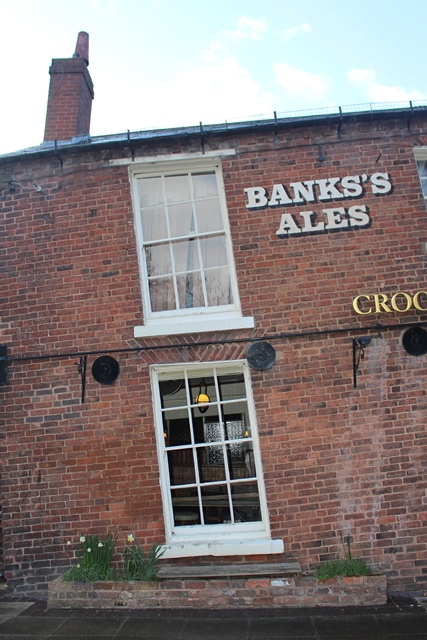 Built in 1765 as a farmhouse, this building became a pub in the 19th century when it opened as The Siden Arms. ‘Siden’ is a local dialect word for ‘crooked’ or ‘lopsided’ - a name that shows this building was leaning well over 100 years ago!

Though now called Crooked House many regulars recall its previous name, The Glynne Arms. Sir Stephen Glynne was a 19th century landowner and the building was on his estate. What his land contained makes the pub crooked.

Like much of the area west of Birmingham, the village of Himley sits above vast amounts of coal, iron ore, limestone, clay and sand. From the 1800s these natural resources were mined and used in industrial manufacturing.

Glynne mined his land for coal and iron. This produced great wealth but at a cost. His land became unstable. Some mine shafts collapsed while in other places works caused surrounding land to move. Subsidence from mining made this building tip over by about four feet (1.3 metres).

Facing the entrance, look at the end wall sunk into the ground (nearest the car park). Can you spot two unusual features?

The ramp-like structures jutting out of the wall are buttresses. These stop the pub from sinking even further. The access notice meanwhile mentions a quarry and brickworks. Bricks are made from clay and there are several clay pits nearby.

The quarry and pits are why the pub is isolated at the end of a narrow road. Though mining made the pub sink, the rich local geology means the land is still dug up.

Condemned as unsafe in the 1940s, the pub was rescued from demolition by Wolverhampton and Dudley Breweries who recognised its curiosity value. They stabilised the building but deliberately preserved the sloping walls and interior. The disorientating results make some people feel dizzy before they’ve had a drop to drink! 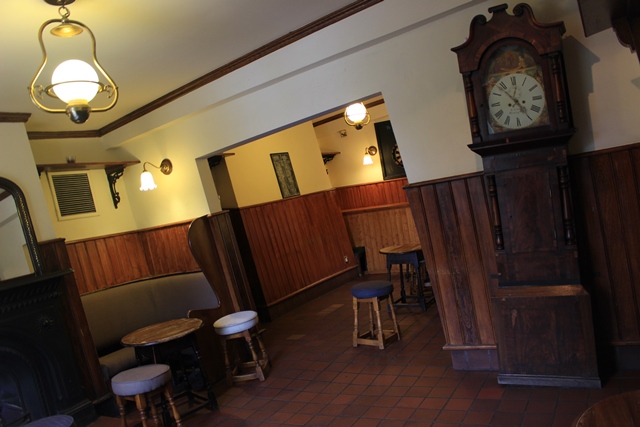 This pub isn’t the only ‘Crooked House’ in Britain. Others include buildings damaged by bad repairs (such as Sir John Boys House in Canterbury) but most are old structures affected by ‘green’ wood.

Wood has to be dried out or ‘seasoned’ before it can be used in buildings. Green wood is recently-cut timber that still contains the tree’s natural moisture. Green wood can get used by accident, especially when buildings are completed in a hurry.

As they dry out, buildings with green wood in can warp over time into bizarre shapes. Examples include the Crooked House of Windsor and Tudor houses in Lavenham, Suffolk. The latter were built to meet surging demand when the town was developing quickly through wool trading with the Netherlands. 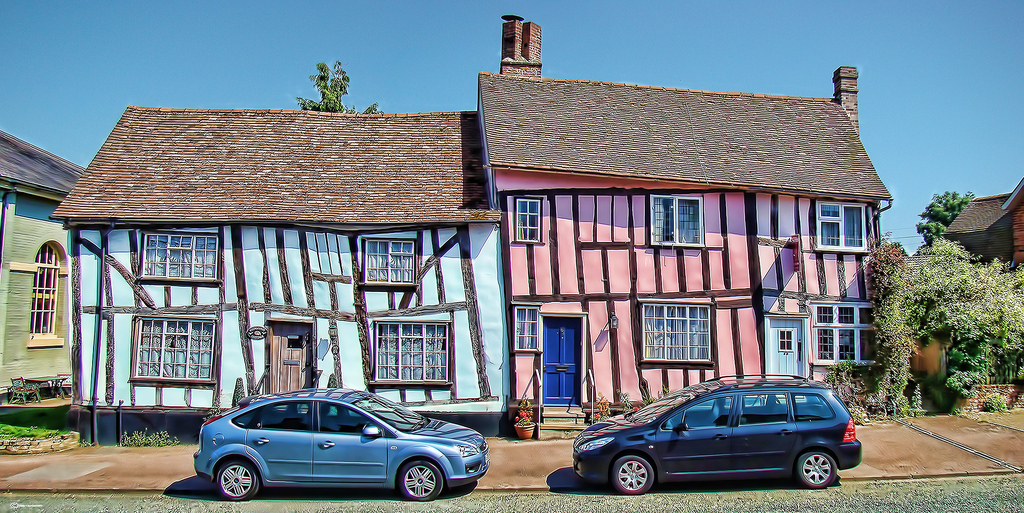 With its wonky windows, droopy doors and a bar that looks like the regulars need to prop it up, the Crooked House is one of Britain’s quirkiest pubs.

Spill your pint in here and it seems to pour uphill. If the walls look straight, it’s time to go home!

In the 1940s the building was almost demolished but today it attracts people from around the world. The pub’s eye-boggling optical illusions inside and out have made it a unique landmark.

Why is this Black Country pub so crooked? Click to reveal the answer

Peter for the Lavenham photo reproduced under Creative Commons License

Why did Birmingham’s canals pay a huge price for a small bridge?