So why are there so many ruins in this remote Welsh valley?

The Ystwyth Valley may be quiet and sparsely populated today but people have long been drawn to the area because of what lies beneath our feet: its mineral wealth. Silver, lead, zinc and copper have all been mined here since Roman times but there is evidence of mining activity as far back as the Bronze Age (approx.2500-800 BC). Silver was used for making jewellery, coins and, later photographic film. Zinc and copper meanwhile were components of brass.

If you were stood on this same spot in the late 1800s you would see a flurry of human activity, with sweating miners hard at work extracting and processing these valuable mineral ores.

Take a look at the ruined stone buildings beside the road. Now roofless and with broken walls, they were built here to process the ore mined from the hillside and to provide housing for the workers. Processing the ore involved several steps. First the mined rock was broken up into smaller particles. These underwent gravitational washing where water and gravity were used to further separate the mineral from the waste rock, rather like panning for gold. Finally the ore was smelted, or heated in a furnace to separate the metallic components. Chemicals could also be used to aid in this process. 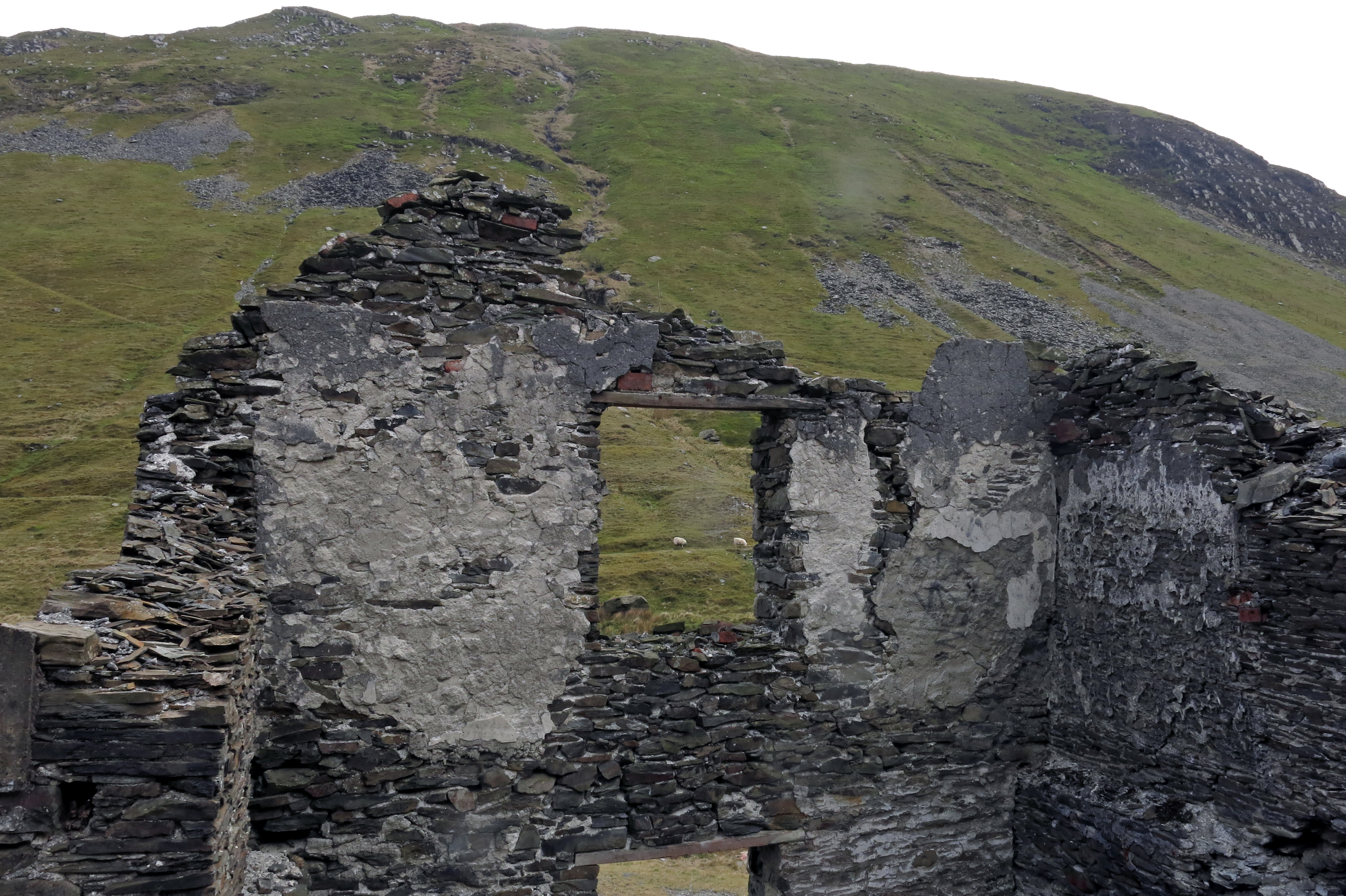 It takes little imagination to picture the bleakness of the conditions here: days spent toiling in a hostile and dangerous environment followed by nights in a cold, stark dormitory. It was a life that was fraught with danger, not just from mining accidents but also because of the inevitable lead poisoning. It has been estimated that the average life expectancy of Cwmystwyth mine workers back in the early 19th century was just 32 years!

Lead and other toxic minerals poisoned the river too, as water from the River Ystwyth was used for working the ore, and the level of pollution would once have been extremely high. Thankfully the river has now largely recovered from centuries of abuse although analysis suggests that continuing seepage from the rocks is still causing elevated levels of toxic metals in the water.

Despite considerable investment at the start of the 20th century it became increasingly difficult to make the mine turn a profit and it was finally closed for good in 1950. This was largely due to changing demand and cheap imports from other countries.

Today a number of Welsh industries face similar threats. The steel industry struggles to compete with cheap imports from places like China. In 2016/7 steelworkers’ unions have been working closely with Tata Steel to secure the future of the steel plant at Port Talbot which employs more than 4,000 people. This valley is a sobering reminder of how dramatically landscapes can change when industries decline. Cwmystwyth has now been designated as a Scheduled Ancient Monument to protect these remains of our mining past.

The Ordnance Survey calculates Cwmystwyth to be the centre point of Wales. The precise geographical centre is calculated to lie on a hillside just 2.5km south of the River Ystwyth.

The co-ordinates for this were calculated by computer using a "centre of gravity" method. To put it simply, the centre denotes the point at which a cardboard cut-out of Wales (including its islands) could be perfectly balanced on the tip of a pencil! While this is not the only way to calculate the centre of an irregular-shaped object, it is the one preferred by most mapping agencies. 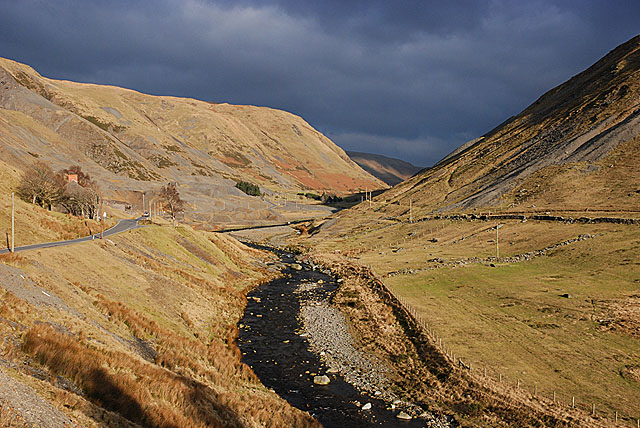 How grey was my valley?

The River Ystwyth flows westwards from its source in the Cambrian Mountains to reach the Irish Sea at Aberystwyth.

Here in the upper part of the Ystwyth Valley you’ll find a bleak and mostly treeless terrain with little sign of human habitation other than a few isolated sheep farms.

So why are there so many ruins in this remote Welsh valley? Click to reveal the answer

Laurence Mitchell for creating this viewpoint.

Laurence is a travel writer and photographer www.eastofelveden.wordpress.com

Tales of the Teifi Valley

Make your pilgrimage to Pontrhydfendigaid in mid Wales

Discover the hidden landscapes of Strata Florida in Ceredigion

Why is Nant yr Arian one of Britain’s most successful conservation stories?