...what's so special about these rocks?

Take a look at the jagged, dramatic outcrop of pillar-shaped rocks in front of you (do they remind you of anything, a sleeping dragon or the scales of a mythical beast perhaps?)

It is made from a volcanic stone called rhyolite. The slabs of rock, stick up vertically between the gorse and other vegetation and have split naturally into these layered, fractured patterns. This distinctive structure may be why our Neolithic and early Bronze Age ancestors targeted this outcrop and quarried stones for their monuments like tombs, standing stones and stone circles. 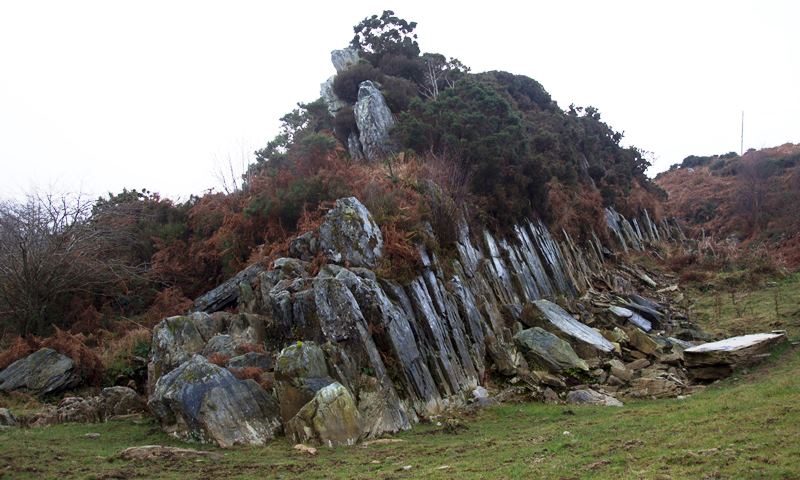 Despite the natural way the rock splits, it wouldn’t have been an easy task… At this time, people only had simple tools made from wood, bone and stone, and ropes made from plant fibres. They used natural fissures in the rock to hammer wooden wedges in and prise each stone away. See if you can you spot places where it looks like rocks have been quarried away from the rock face.  Sometimes it’s only a ‘stump’ near the ground that reveals where a stone is missing.

To Stonehenge…with love from Wales

The stones you can see today at Stonehenge come from two main sources. The largest are sarsen, and are found within 20 miles of the stone circle. The others, which make up a smaller circle within the henge, came from Wales. They aren’t all the same kind of stone – there’s spotted dolerite, rhyolite and sandstones amongst others. Together, they’re referred to as bluestones, because of their colour. The bluestones are dwarfed by the sarsens, but they’re actually up to 2.6m tall and weigh as much as two tonnes – as heavy as an elephant.

It’s only in the last decade that geological tests have been able to pinpoint the origin of individual stones. By comparing the chemical fingerprint of different outcrops with stones at Stonehenge, it’s been confirmed that at least one of the stones was quarried from this remote spot at Craig Rhos-y-felin.

So what’s so special about these rocks?

Research has shown that many of the bluestones transported from Preseli to Stonehenge have unusual acoustic properties – if you strike them with another stone, they ‘ring’ like a bell.

Perhaps the rocks were considered to be sacred, or to have healing powers, or some special connection with the otherworld, spirits or the ancestors.

We don’t know if this is why these stones were selected in the first place, but it’s worth remembering: these dramatic stones may not actually have been chosen for how they looked, but rather for a physical or supernatural property that we might no longer appreciate.

Head to the large rectangular stone that’s lying on its side on the right hand side of the outcrop. At 4m tall, it’s larger than any of the stones transported to Stonehenge, but it may have been intended for another monument, perhaps in the local area. For some reason the workers went to the effort of quarrying the stone, but then didn’t take it anywhere. 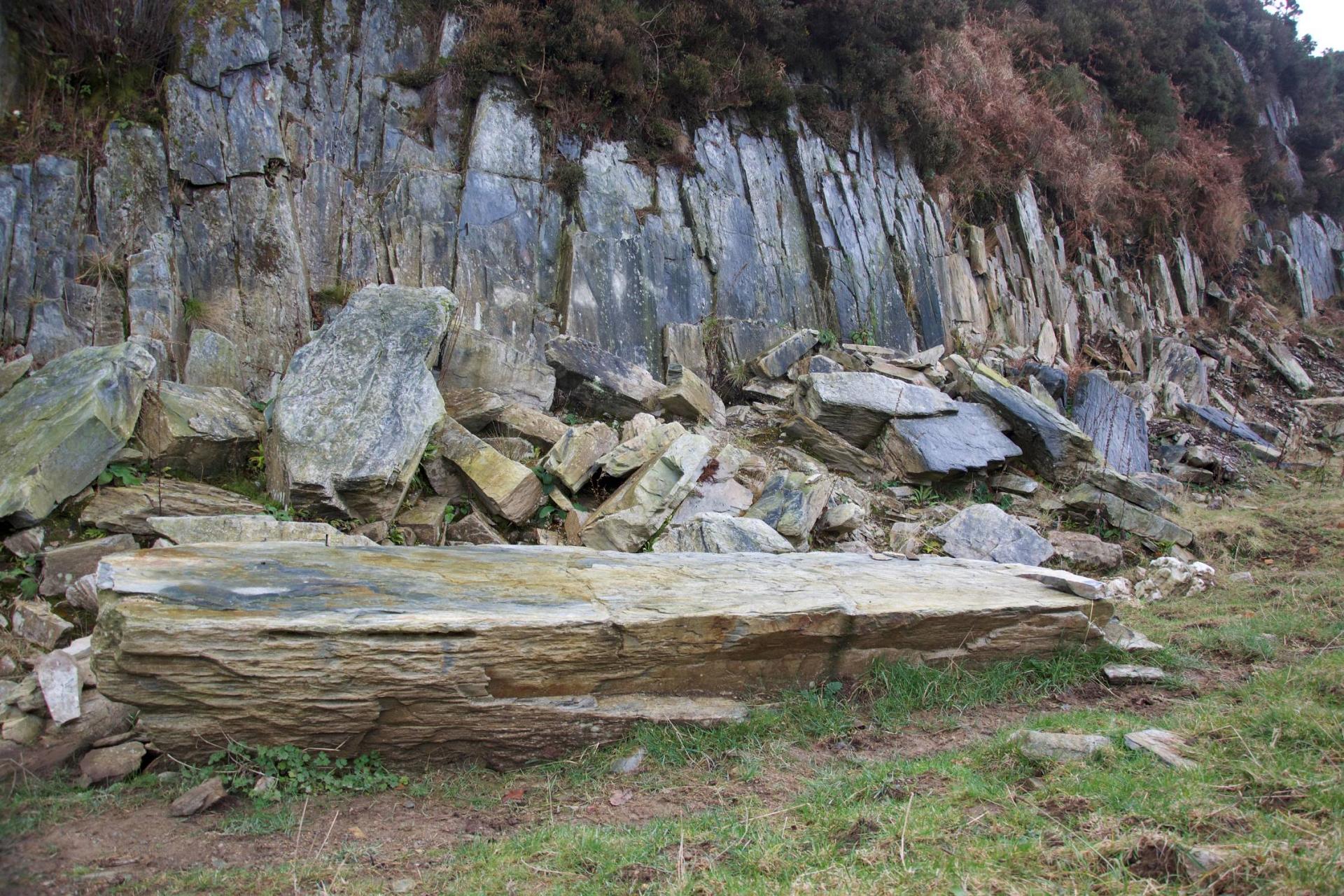 Look at the base of the rockface. Can you see piles of stone chippings and soil? This is spoil from the archaeologists’ dig. The researchers found traces of a campfire, hazelnut shells and stone tools that were more than 4,000 years old.

They also discovered a ramp leading from the rock face towards the river. The stones appear to have been dragged away, following the valley floor. From there, they could have been carried by teams of people on wooden racks, or dragged on sledges. Imagine the effort required to load a multi-tonne stone on to a wooden sledge, haul it away across the field…and then attempt the precarious journey overland, or along the coast and riverways to a field almost 200 miles away.

At first glance, this remote corner of rural Pembrokeshire has nothing to do with Stonehenge in Wiltshire. But archaeologists have discovered that at least one of the stones incorporated into Britain’s best-loved prehistoric monument comes from this exact spot.

Join anthropologist and author Mary-Ann Ochota to find out... 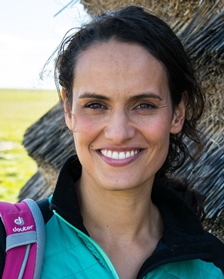 ...what's so special about these rocks? Click to reveal the answer

Mary-Ann Ochota for writing the viewpoint. Mary-Ann is a broadcaster, anthropologist and the author of Hidden Histories: A Spotter's Guide to the British Landscape

The bluestones at Preseli have been described as a pre historic glockenspiel!

Can you uncover the mystery of Wiltshire's Silbury Hill?