How was poet Vernon Watkins inspired by the dramatic Gower landscape?

Welsh poet Vernon Watkins (1906-1967) published eight volumes of verse and was described by fellow poet Kathleen Raine as “the greatest lyric poet of my generation”. 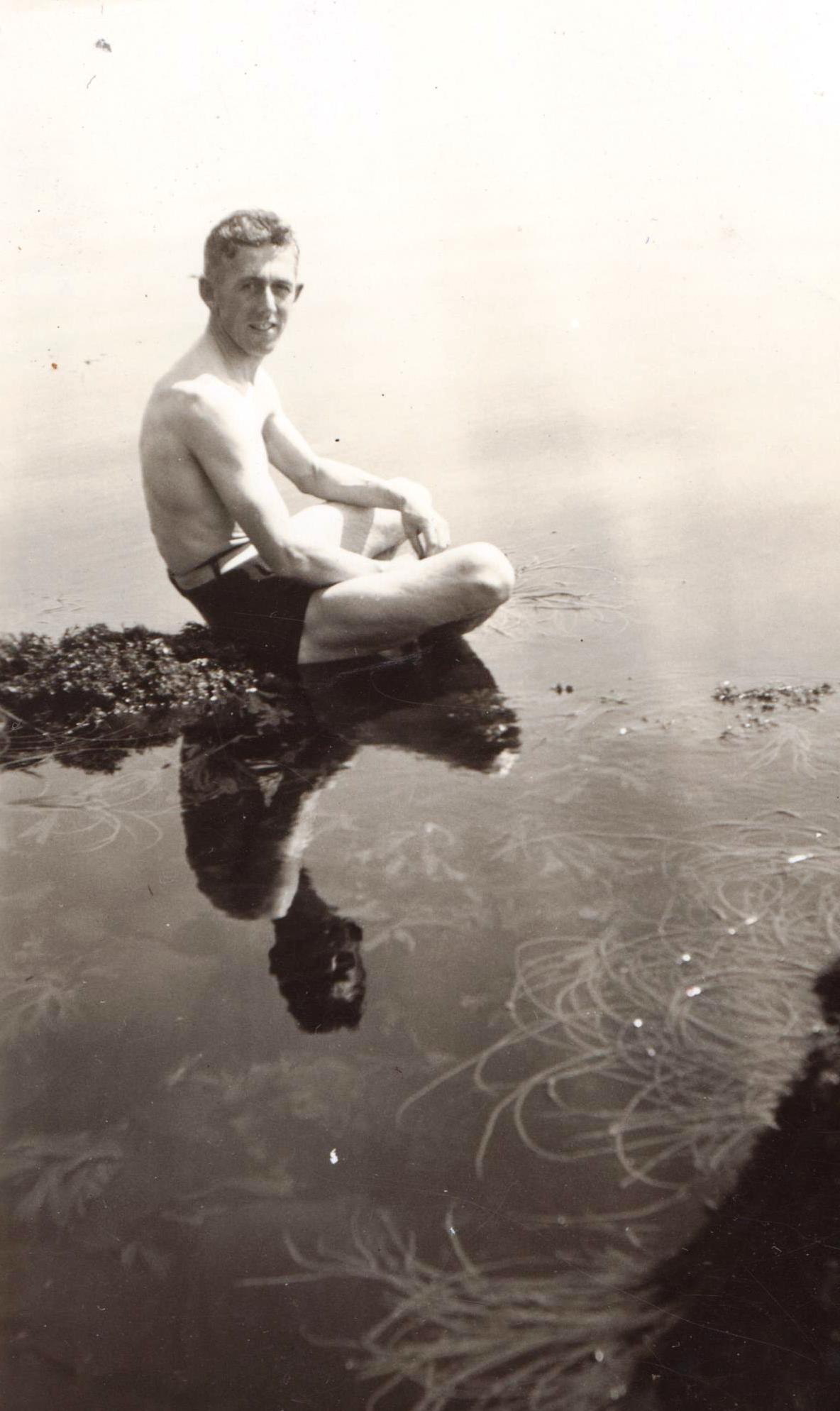 He lived just a short walk from here in a house overlooking the cliffs. Every day Watkins caught the bus to Swansea where he worked as a bank clerk. When he got home, he would go out for a walk and then settle down to write. Watkins was often seen wandering these cliffs. His deep love and knowledge of the local species meant he was able to name the birds, flowers, and even the weeds that flourished here. He wrote in the poem Taliesin in Gower:

My country is here. I am foal and violet. Hawthorn breaks from my hands.
I watch the inquisitive cormorant pry from the praying rock of Pwlldu,
Then skim to the gulls’ white colony, to Oxwich’s cockle-strewn sands.
I have seen the curlew’s triangular print, I know every inch of his way. 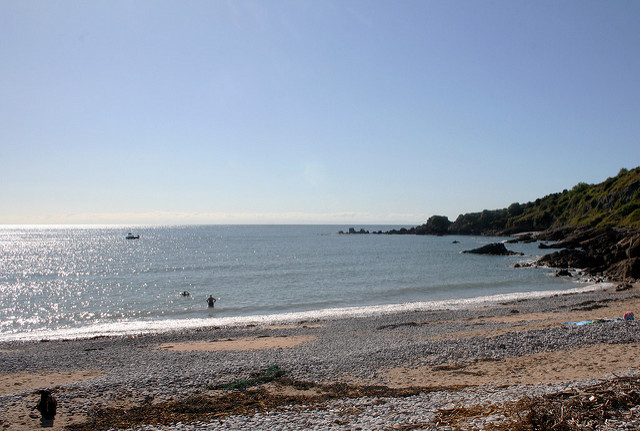 Though Watkins was a perfectionist, sometimes writing 50 drafts of a poem, others came to him almost fully formed. One poem, Griefs of the sea, was described as coming “screaming across the grasses of Pennard cliffs” towards him:

Is it fitting to mourn dead sailors,
To crown the sea with some wild wreaths of foam
On some steep promontory, some corner cliff of Wales
Though the dead wave hear nothing.

The poem might have been inspired by a local shipwreck. In 1760 a naval ship, The Caesar, crashed against the rocks off nearby Pwlldu Point. Close to seventy people drowned. The tragedy was made more poignant as most of the dead were men from Swansea and Bristol who had been press ganged into naval service against their will. Chained up deep in the ship’s hold, they had no chance of escape.

Once read, Watkins’ work cannot be forgotten. Try reading his poems here or while striding along these cliffs that were such inspiration for him. Good poetry deepens our experience of a place, and stunning landscapes like this echo and enhance the words of the poem.

Look at a map, or walk the Wales Coast Path and you’ll see that the dramatic coastline of South Gower, which inspired Vernon Watkins and Dylan Thomas, is a series of points and headlands (including Mumbles Head, Pwlldu Point, Oxwich Point, Port Eynon Point and Worms Head) intercut with sandy beaches and bays.

These beaches and headland walks draw visitors and tourists from woldwide to this tiny peninsula. The landscape is also one of the reasons why Gower was designated an Area of Outstanding Natural Beauty.

But why is this coastline so dramatic?

The rocks under our feet here are Carboniferous Limestone. These rocka are 'permeable', meaning that water can pass through. Limestone is dissolved by rainwater and eroded by surging waves battering the cliffs, exploiting lines of weakness in the rock. Spectacular landforms like stacks, pinnacles, caves, arches and rocky bays are the legacy left behind. 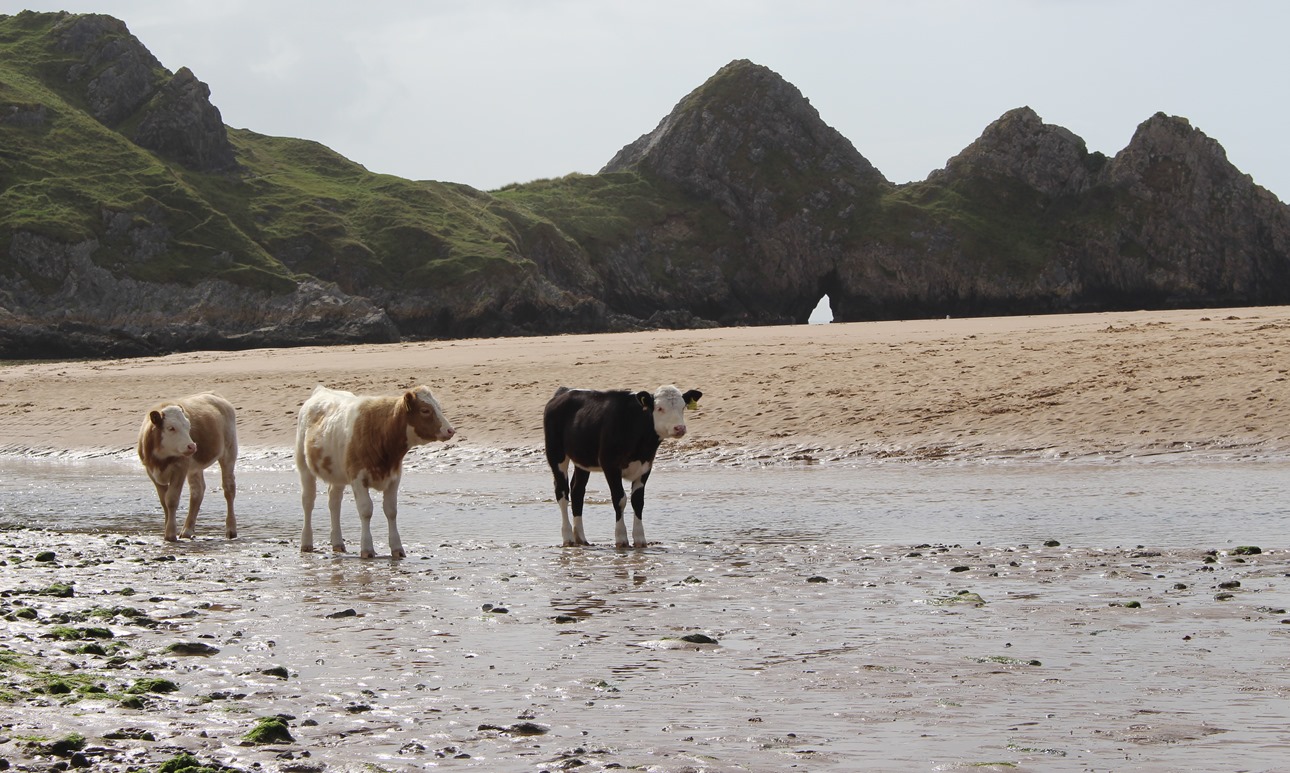 Vernon Watkins, ‘Swansea’s other poet’, is probably best known for his friendship with Dylan Thomas. Yet his work stands alone as one of the most distinctive voices in twentieth-century poetry.

This viewpoint was a special place for Watkins. He often sat here on the clifftop overlooking Hunts Bay below and Pwlldu Point ahead, summoning inspiration for his poetry.

How was poet Vernon Watkins inspired by the dramatic Gower landscape? Click to reveal the answer

Helen Nicholas and Gower Unearthed for their invaluable help creating this viewpoint.

Rory Walsh and Helen Rawling for edits and advice

"A seawave plunges. Listen. Below me washes the bay."  - Vernon Watkins

Explore the glorious Gower at Rhossili

Hows does Swansea's glossy marina reflect the city's metallic past?

Can you read the 'script of the stones' on the Gower Peninsula?

How did Roman soldiers turn sea into land near Newport?