Look up at this huge yew tree. It is common to find yew trees like this one in a churchyard. It might be because they are evergreens and do not lose their leaves that they symbolise eternal life, but we’ve stopped here to commemorate a death.

This tree is believed to mark the grave of Dafydd ap Gwilym, the most famous of Welsh medieval poets. Dafydd ap Gwilym lived almost seven hundred years ago and rumour has it he died of the plague in the fourteenth century. This simple marker represents his grave.

Now, with your back to the church, look to the left of the yew tree and see if you can find an unusual gravestone with a picture of a leg carved into it. This is the gravestone for Henry Hughes’ leg which he chose to bury here after it was amputated! 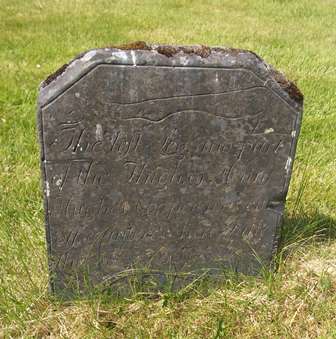 While you’re here, why not explore the graveyard itself. The right of the church (the south side) is the earliest part of the cemetery where you’ll find some very old gravestones. See if you can spot motifs etched onto the graves. If you see an anchor/ship it symbolises hope, a weeping angel symbolises grief, while a flying bird represents eternal life.

Exit the churchyard through the main gate you came in by. Turn left and walk as far as the next set of gates at the entrance to the Strata Florida Abbey.

We’re now stood at the entrance to the twelfth century Abbey of St Mary at Strata Florida. Strata Florida translates from Latin simply as the Vale of Flowers. It is called Ystrad Fflur in Welsh. 'Ystrad' is Vale and 'Fflur' (pronounced Fleer) is the name of a nearby river.

Look around. Why do you think the monks might have chosen this location for their abbey?

The Teifi Valley is sheltered by the Cambrian Mountains. There are rivers running through the valley and the valley sides are covered with trees. These were some of the reasons why the monks chose this spot. It’s not only a beautiful and remote place where they could dedicate themselves to quiet contemplation and prayer but crucially it’s a landscape they could also exploit to support themselves and make money. 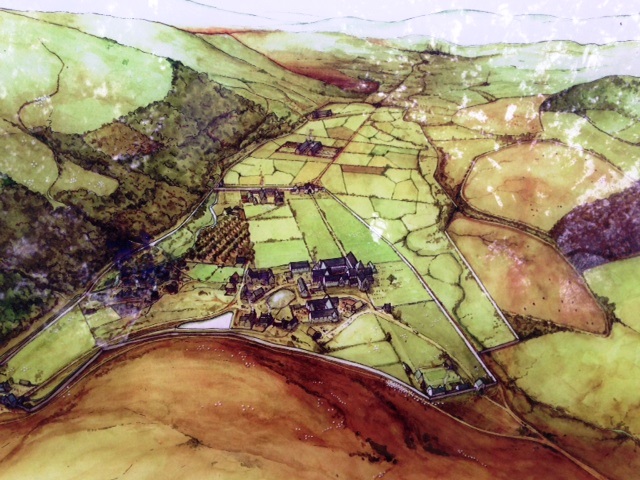 The upland pastures are good for sheep grazing and the abbey grew rich from trading in wool. The hills are also rich in minerals where the monks extracted limestone and lead. The woods provided timber for building and wood for fuel. Nearby the rivers Teifi and Glasffrwd powered mills, provided drinking and cooking water and in the nearby Teifi Pools eels and fish were farmed.

But it was a hard and sometimes lonely life. The monks attended eight daily services interspersed with study, prayer and copying manuscripts. If you were a lay brother, then you probably couldn’t read or write and were tasked with the harder physical jobs (like mining and tree felling) which kept the abbey running.

Continue along the road towards a stone barn. Follow the road around to the left and carry on past the farmhouse. Stop just after a bend in the road by a telegraph pole to look up between the trees towards the crest of a hill at a figure ‘walking’ along the skyline.

3 View of the Pilgrim sculpture

Look up to your left and see if you can make out a figure walking along the skyline.

This outdoor sculpture set on the horizon is made from recycled oak and old railway sleepers. It is simply called ‘Pilgrim’. This pilgrim is on a journey just like you are today.

The sculpture was inspired by the real life pilgrims that would have stopped at Strata Florida Abbey, on their way to St David’s on the southwestern tip of Wales between the 12th and 16th centuries.

This pilgrim appears to be heading in that direction – shoulders hunched as he battles against the south westerly winds. The sculptor has said of his work "all of us are pilgrims in a sense, moving through our lives, looking for something". 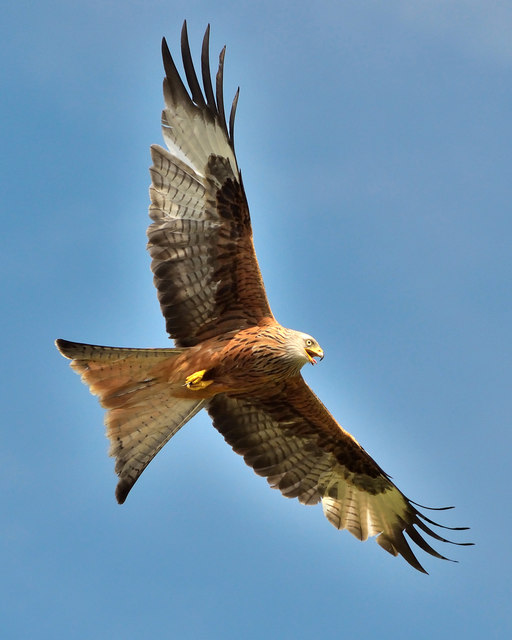 See too if you can spot red kites in the skies above you. These reddish-brown birds are very distinctive. Their graceful hovering silhouettes with forked tails have become a familiar sight in mid and west Wales. Listen out for their high-pitched whistle.

This is a good place to stop and look back at the remains of the abbey and the wide sweep of the valley.

You can see the abbey remains over to the left with the church and churchyard to the right, nestled in the bottom of the valley. Beyond you might be able to make out the village of Pontrhydfendigaid and beyond that is Cors Caron – or Tregaron bog, the most intact raised bog in the UK. Raised bogs take thousands of years to take shape, this one began to form around 12,000 years ago at the end of the last Ice Age when Britain entered a warmer period and large mammoths and woolly rhinoceros became extinct.

Fast-forward to the nineteenth century and this large bog posed a challenge to the railway engineers of the Manchester & Milford railway who wanted to extend the railway route across Tregaron Bog.

Welsh industrialist and engineer David Davies came up with a plan to ‘float’ the railway on bales of wool and faggots of twigs. It’s said that Davies bought up all the local farmers’ wool and used it to soak up the water. This allowed the railway to effectively ‘float’ across the bog. 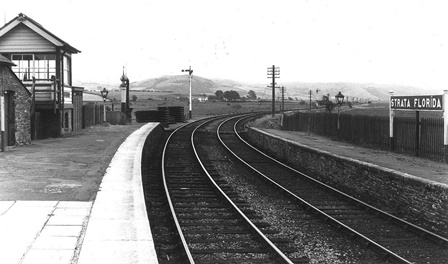 By the end of August 1886, the line to Strata Florida was open. The railway track crossed the view in front of you from left to right and Strata Florida station was over to the right, near the village of Ystrad Meurig. You can’t actually see it from here as the station, despite its name, was actually over two miles away from the abbey.

Continue along the path following the old monastic road, keeping the outer wall of the abbey on your left until you reach a fork in the path by a large oak tree. Follow the blue bridleway signs to the right until you rejoin a road via a bridleway gate. Turn left and walk along the road for about half a kilometre. You will reach a stile on the right by the cemetery wall. Climb over the stile and walk to the bridge on the right.

5 Bridge over the River Teifi

We are now stood directly over the Afon Teifi, one of Ceredigion's most picturesque rivers. The Welsh word for river is afon.

The source of the river is a series of small glacial lakes in the Cambrian Mountains known collectively as the Teifi Pools. The pools are worth a visit if you have time, they’re just a couple of miles from here. Though they’re famous for fishing and for providing drinking water to the surrounding area, they also tell an interesting geographical story about how this landscape was formed.

From its source at the pools, the Teifi flows for 76 miles to enter the sea at Cardigan Bay, making it the longest river wholly in Wales. It also marks the eastern and southern boundary of the county (Ceredigion). However, evidence suggests that the Teifi was once much longer and extended another thirteen miles north.

Take a look at the accompanying diagrams which should help explain the process that led to the river being shortened. You can see that over time, the river Ystwyth (from which the town of Aberystwyth gets its name) eroded upstream and cut in to the Teifi valley at Pontrhydygroes ‘stealing’ the water that flowed in to the Teifi from Pumlumon in the north. This made the Teifi substantially shorter and changed the location of its source to the Teifi Pools.

If you visit the pools you may notice large rocks or boulders strewn in the area. These are known as ‘erratics’ and were carried (perhaps hundreds of miles) by the same glaciers that formed these lakes and then deposited here. The erratics near Llyn Gorlan pool, are particularly interesting as they stand in a rough circle.

After the bridge, head across the field towards the stile and cross over the fence. Walk for around 50 metres until you see a gap in the trees on your right. Look up towards the two disused stone buildings on the hillside.

Look at the accompanying Ordnance Survey map and you’ll see Mine (dis) marked just north of the footpath here.

The monks at Strata Florida were not only practiced farmers but were also skilled at building, mining and quarrying. They were particularly known for their expertise in extracting and processing metals especially iron, lead and silver.

The nearby village of Pontrhydfendigaid was originally created by the abbey to house the mine workers. It expanded in the nineteenth century during a boom in lead mining, and many miners' cottages from that period still survive. The industry fluctuated, however, and by the early thirties, most of the mines had closed.

But there are other clues in this landscape which might point to more primitive homes that the miners first lived in.

Have you spotted any large jumbles of stones in these fields? It’s thought that they are the remains of a Ty Unnos (one-night house). These were rough hovels built by the mine workers but they were illegal unless the builder was able to conform to some strange local customs. If they could put up a house overnight and have smoke coming out of the chimney before dawn, they could claim it as their home.

The amount of land they could claim depended on the distance the builder could throw his axe. Over time, the hovel could be adapted in to a permanent home. These were particularly common during the nineteenth-century boom in mining, but many were abandoned when the mines closed and whole families moved to the South Wales coalfields in search of work. 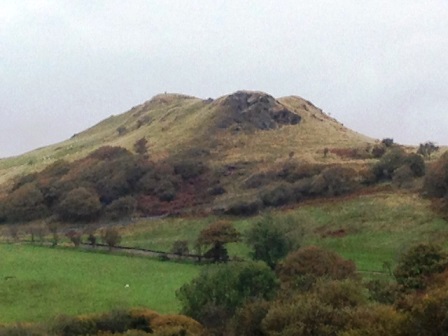 As well as the derelict lead mines and one-night houses you might also be able to spot evidence of even earlier occupation in this area. Can you see a three-peaked mountain on the ridge to the left of the mine buildings. This is Pen y Bannau, an Iron Age hill fort. The Iron Age in Britain lasted from about 700 BC to the Roman invasion of AD 43. A number of hill forts were built on the surrounding hills by chiefs and petty chiefs to rule over the farming population. You can see why it was built here with commanding views across the valley.

Retrace your steps back to the wooden bridge, cross over it and you are back at outside the churchyard where we started the trail.

A short walk in the stunning Teifi Valley

This trail takes you around the ruins of the Strata Florida Abbey to discover why a monastery was built here and learn about the lives of the monks who made this valley their home.

You’ll also hear some of the hidden histories of the valley; from curious ‘one night houses’ to iron-age hillforts, from a miraculous floating railway to the simple grave of Wales’ greatest medieval poet.

This short trail was adapted from a longer walk Tales of the Teifi Valley originally created by Dr Cerys Jones from the Department of Geography and Earth Sciences at Aberystwyth University.

Tales of the Teifi Valley

Uncover more stories on a longer walk around Strata Florida

How did Britain's biggest bog save a rare species of bird?

How grey was my valley?

Why are there so many ruins in the Welsh valley of Ystwyth?

Why is Nant yr Arian one of Britain’s most successful conservation stories?

Bringing water to the city

Discover the spectacular dams and reservoirs of the 'Welsh Lake District'