What lies buried below the bay and why does the British Secret Intelligence Service keep a close eye on it?

To find out, first we need to look out to sea. From north Cornwall there is nothing but water between us and North America. Over the horizon is the Atlantic Ocean. This makes Cornwall an ideal place to set up trans-Atlantic communication networks. And there are eight here at Widemouth Bay. 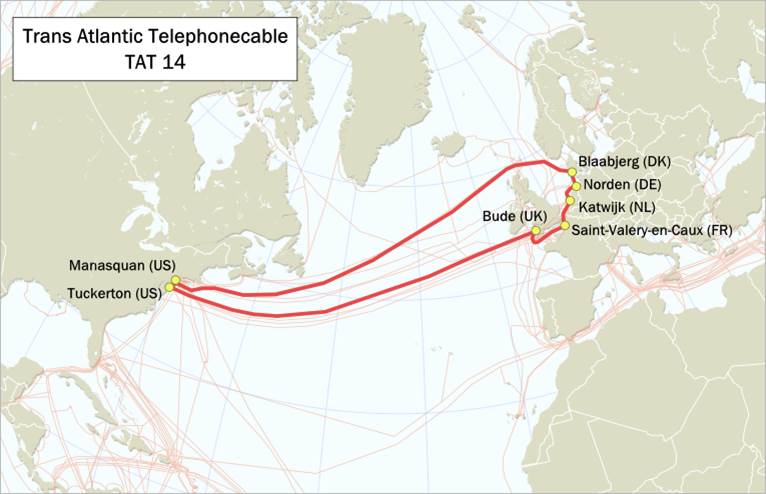 The latest are part of the ‘TAT-14 Trans-Atlantic Telephonecable’ network. Buried six feet below the sand, these telephone and Internet cables carry over 3 terabits of data per second. That’s the same as 250 million phone books travelling at light speed under the sea.

A telephone cable between Britain and the United States was first laid underwater here in 1963. By transporting our mobile phone conversations and emails they link this Cornish beach with the rest of the world.

But why choose this particular spot?

The reason is Widemouth Bay’s location and natural layout. Take a look at the bay’s shape; Widemouth’s wide, gently-sloping beach with direct access to the Atlantic is an ideal place to bring underwater cables ashore.

Before the cables arrived this beach was a port. Boats brought coal and limestone to Widemouth from Wales then returned with Cornish copper and tin. Today a different sort of trade arrives from the sea, the exchange of Internet information. And fibre-optic cables have replaced the copper. 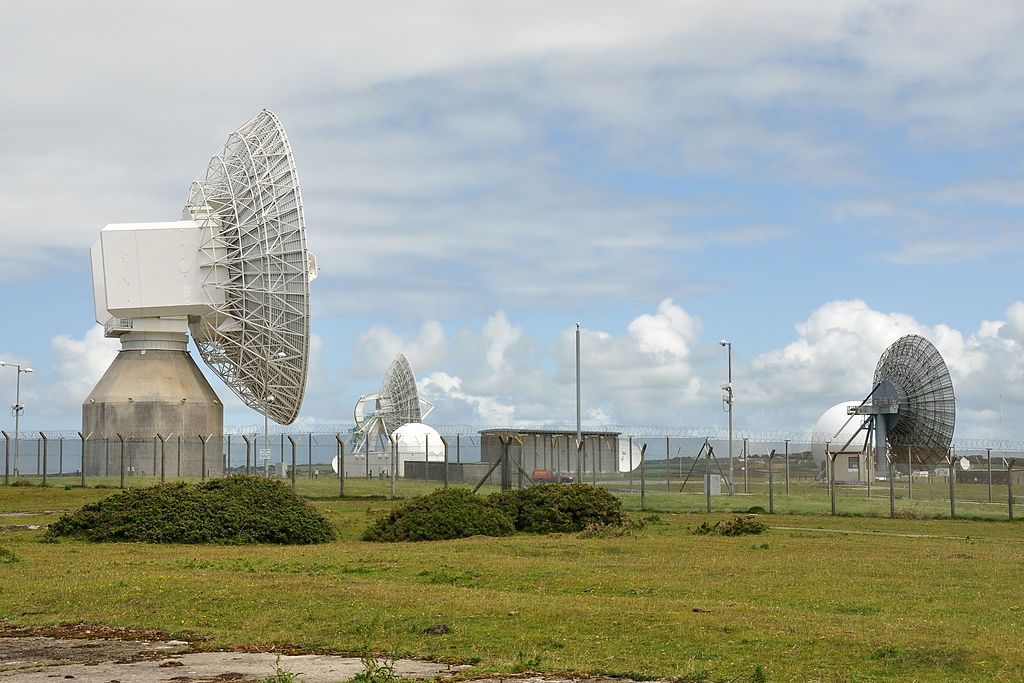 After the first undersea cables were laid at Widemouth, it was said that the General Post Office routinely monitored all communications through it for the security services. More recent reports claim the cables are still monitored.

Just a few miles north of here is GCHQ Bude, a British Intelligence satellite station and eavesdropping centre. According to the controversial WikiLeaks organisation, GCHQ Bude is able to tap into the latest undersea cables and the data flowing through them. 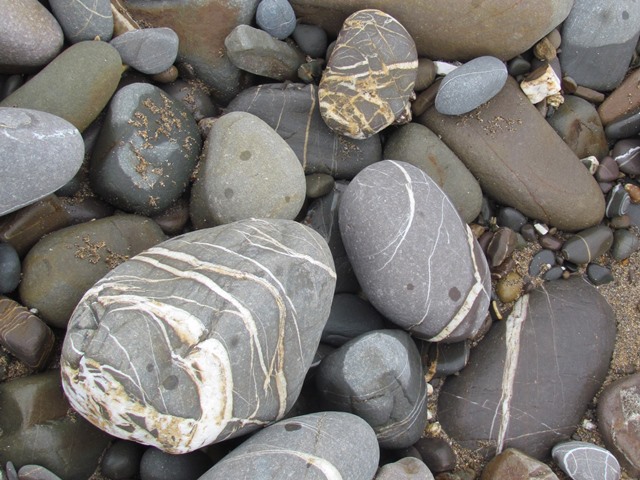 Though the cables are buried out of sight you can probably spot some other lines. Look around the beach for brightly-striped pebbles.

They are made of sandstone, formed 300-360 million years ago. The stripes (known as veins) are quartz and they were created  when great earth movements pushed up and folded the sea floor into mountains.

The immense heat and pressure involved made the sandstone harden and crack open in places. Sea water flowed through these cracks and left behind traces of mineral, called silica. As the rock cooled, the silica solidified into in long thin streaks of quartz.

Much later the mountains broke up through weathering and sea erosion to form the rounded striped pebbles we can see today. They reveal that Widemouth’s sea bed has hosted dramatic events for millions of years.

Widemouth Bay is one of north Cornwall’s many popular seaside spots. Its wide expanse of sand lined with cliffs is ideal for swimming, surfing and rock pooling. Families play on the beach and rare birds circle the headlands.

But this tranquil and relaxing place has a secret.

Most people who enjoy Widemouth’s sand, surf and sea air don’t think about what’s beneath their feet.

What lies buried below the bay and why does the British Secret Intelligence Service keep a close eye on it? Click to reveal the answer

What shaped north Cornwall's dramatic coast at the Bedruthan Steps?

How did Cornwall's scenic Camel Estuary become a watery grave?