What happened here to make the river change its course?

The South West Coast Path winds its way at half-height along the Valley of Rocks, carving an airy and exposed line beneath towering stacks that seem to rise straight into the sky. Stripped bare by the unrelenting sea, these stacked, fossil-strewn blocks are the exposed skeletons of what once was rolling moor, with the most prominent – Castle Rock – resembling a high fortress; a lookout across the waves. 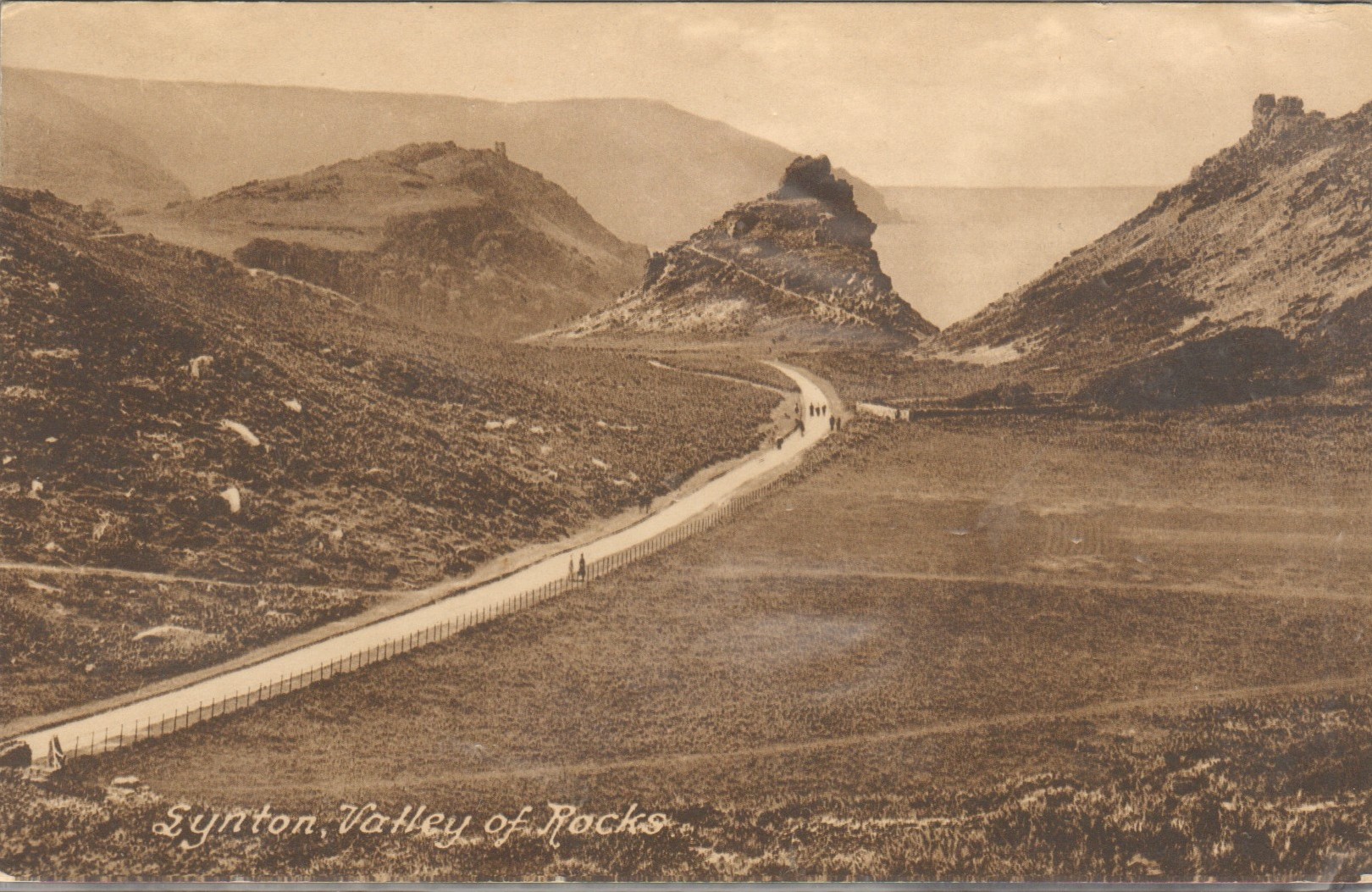 The windswept, treeless uplands of this part of Exmoor are scored by steep, densely-wooded river valleys. The Valley of Rocks is one of these: steep sided, with rocky outcrops and a wide base that tilts gently towards the sea. But the great river that must have swept through this valley, carving its distinctive shape through the rocks, is no longer here.

The first theory suggests that the lower reaches of the East Lyn River originally flowed westward here, parallel to the sea, before joining it nearer Lee Bay. The river carved out a channel that we now know as the Valley of Rocks.

At this time the coastal cliff line would have extended further north, but over the years erosion by wind and waves would have caused the cliffs to retreat inland. As the cliffs retreated the ridge of land between the river and the sea became narrower.

Eventually it became easier for the river to simply flow over the cliff face down to the sea at Lynmouth rather than continuing to flow westwards down the Valley of the Rocks. The Valley of Rocks is therefore the dry relic of what was once a busy river channel. 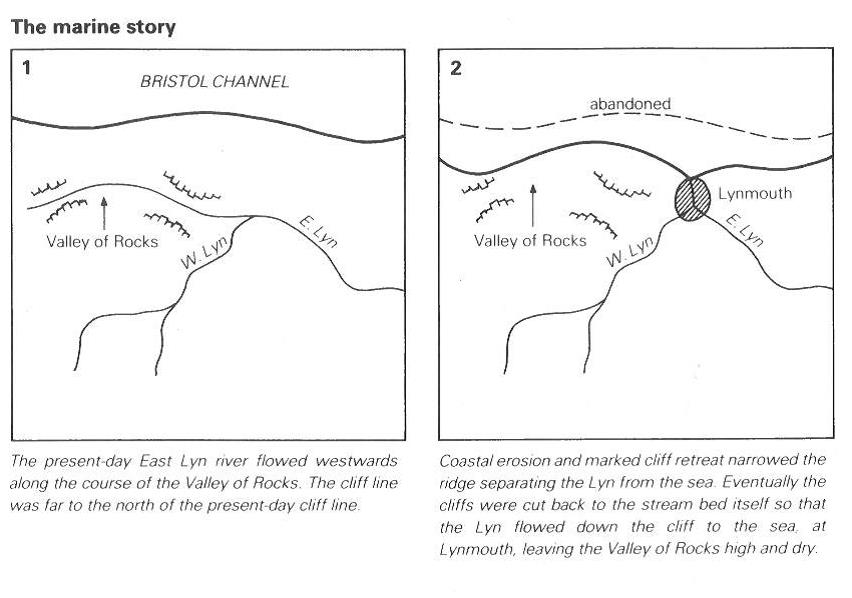 The second theory relates to the valley’s position at the southern edge of a vast ice sheet in the penultimate cold period (glacial) of the Ice Age between 120,000 and 200,000 years ago.

Originally the East and West Lyn may have flowed along similar routes to those we see today. But once the ice arrived it blocked the mouth of the valley through which the river flowed and created a lake behind it.

Both theories seem to explain the valley as it appears today – it may be that we’ll never discover the definitive answer.  Perhaps the mystery only adds to the allure of this dramatic location. 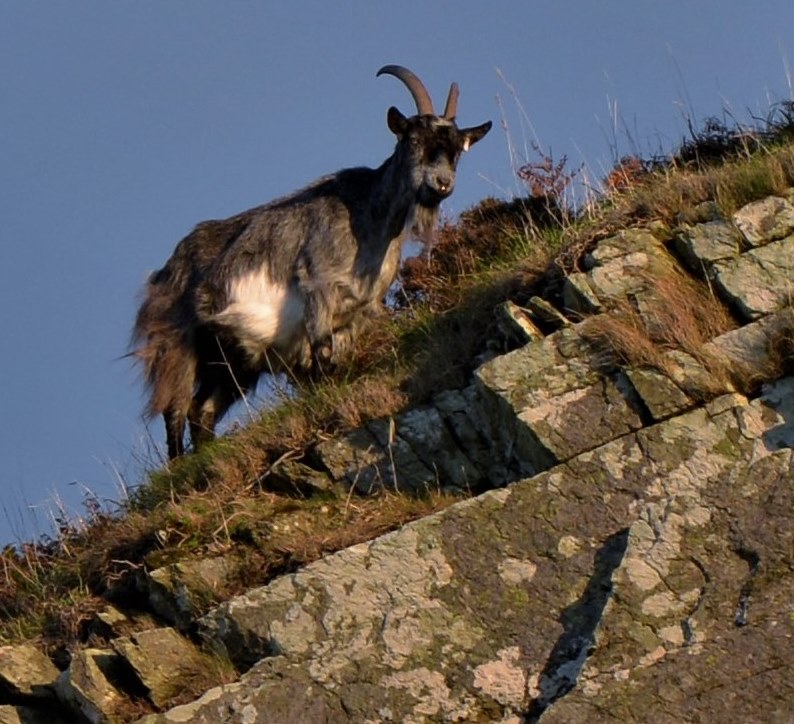 The 11th century Domesday Book records 75 wild goats in the Manor of Lyntonia and, after a somewhat chequered history, there are goats here again today.

The current herd is a hardy Northumbrian breed, introduced in 1976 after the previous herd died out due to severe weather conditions.

These bearded acrobats are a controversial topic amongst local residents: some think they should be removed due to the damage they cause to gardens, while others believe they’re an important feature of the landscape.

Valley of Rocks © Simon Bleasdale via Flickr (CC BY 2.0)

The Valley of Rocks lies on the northern edge of Exmoor, where a craggy, boulder-strewn hillside tumbles into the depths of the Bristol Channel. From this vantage point it spreads out below us, running parallel to the sea towards Lee Bay.

The deep valley, edged by strange-shaped rocky towers, was cut by the flow of the East Lyn River over thousands of years.

But today the river meets the sea further east at Lynmouth and the valley is completely dry.

What happened here to make the river change its course? Click to reveal the answer

Jen Benson for researching, writing and photographing this viewpoint

Simon Bleasdale for the main image, via Flickr under the Creative Commons License

Jen and her husband Sim Benson are writers, adventurers and parents. Their aim is to inspire, inform and make exploring wild and beautiful places achievable and enjoyable for all. View their website for their adventures and books.

On the landward side of the valley lies the Devil’s Cheese Wring, home of white witch Mother Meldrum in RD Blackmore’s Lorna Doone