Why are there so many hillforts in this lush area of Dorset?

Here at the top of Pilsdon Pen you can rest easy and enjoy the spectacular vista. You’ve earned it after climbing up that steep slope!  Imagine instead of picturesque views you’ve come here to attack the tribe who have settled on the top. This hill would put you at quite a disadvantage!

During what’s now known as the Iron Age (between 800BC and 100AD) local tribes built defensive forts on the surrounding hilltops like here at Pilsdon (pen is Welsh for head or hill). They strengthened the natural defences of the hills by digging out deep ditches and building up high embanked walls.  Wooden fences were erected to repel attackers and provide another layer of defence from sling stones, spears and arrows. To make them even harder to penetrate there was often only a single heavily defended entrance in the tight circle.

Pilsdon Pen is a classic oval enclosure built with two lines of defensive banks. If you have time you can follow the path along the deep ditches for spectacular views. Even today they are still quite steep although over time the embankments have been eroded, washed away and have slumped back into the ditch. 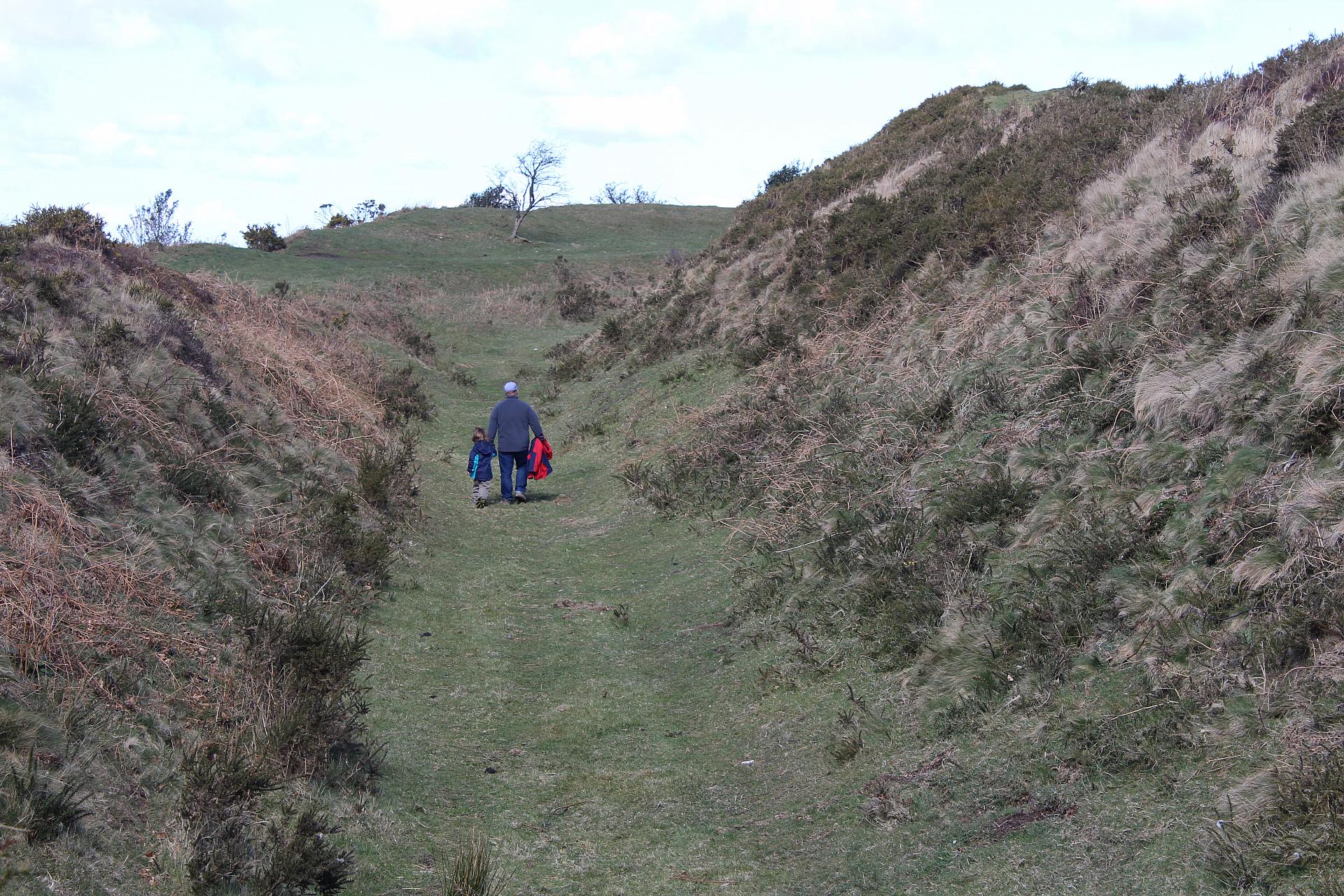 So why was Pilsdon Pen built here and why are there so many other hillforts in such close proximity? The answer is probably down to the rich farmland you can see at the bottom of the hill.

During the Iron Age, Britain’s population grew and the land that had been cultivated was forced to support more and more people. At the same time the climate became considerably wetter, forcing Bronze Age farmsteads that had grown on lowland areas to relocate to upland sites. Fields became an important commodity.

Communities turned on each other to fight for better land, steal crops and animals and subdue and terrify their neighbours.  Instead of worrying about attack from overseas, ‘foreign lands’ began at the dyke or hedge bank around their own territories. 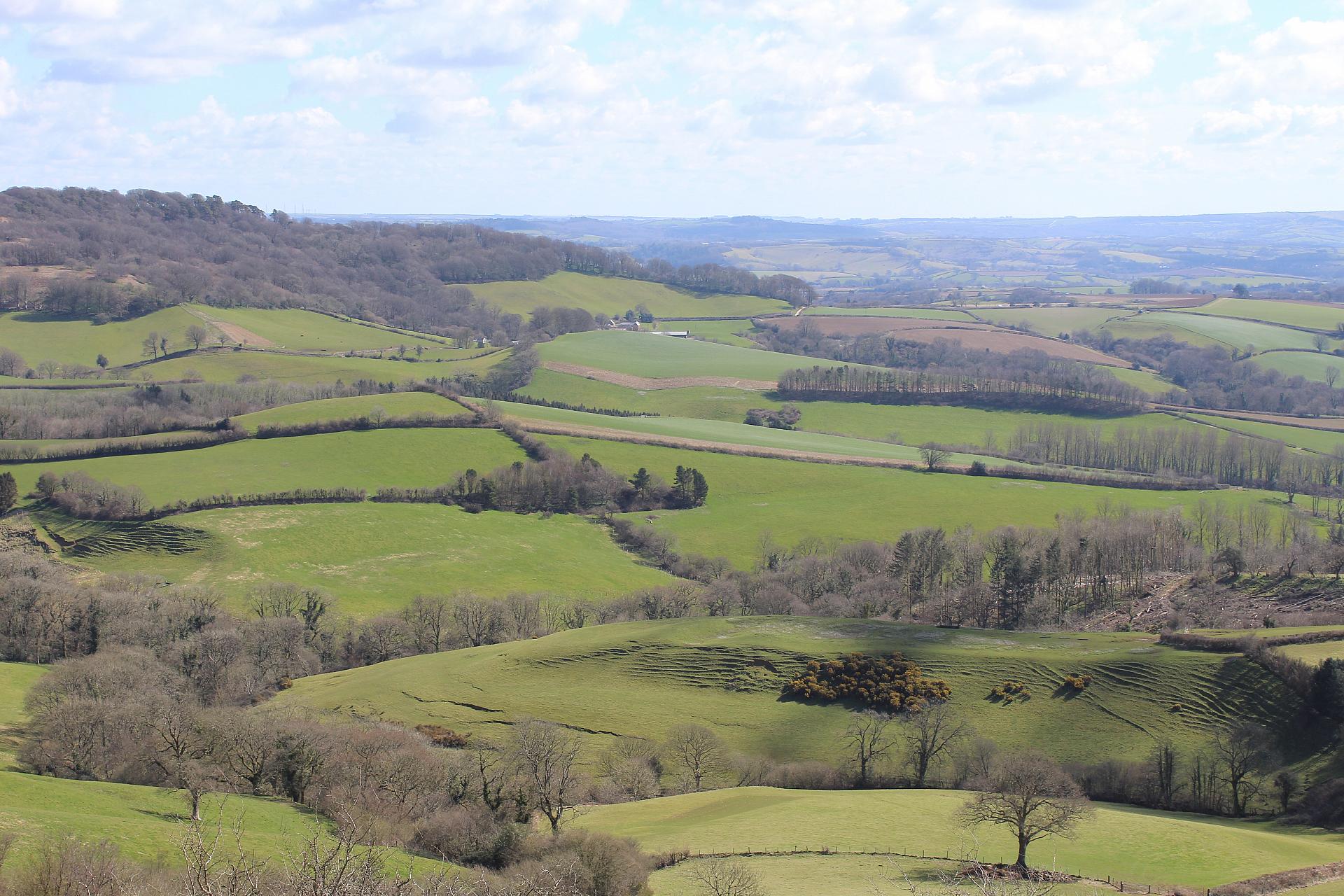 The fertile farmlands of the Marshwood Vale here below us were part of the territory ruled by the Durotriges tribe who lived in what is now known as Dorset. But we’re just a few miles from the border with Devon which was ruled by a tribe known as the Dumnonia.

The four hillforts all grouped around the western end of the Marshwood Vale may well have been built to protect the farmland from quarrelsome Celts in the neighbouring tribe battling for supremacy over the high land.

At 277 metres, this is Dorset’s second-highest point.

Pilsdon Pen affords spectacular views south towards the towns of Bridport and Lyme Regis on the Jurassic Coast and further inland to the fertile farmlands and tiny villages of the Marshwood Vale.

Pilsdon is one of four hillforts along with Lewesdon Hill, Lambert’s Castle and Coney’s Castle, all within just 10 kilometres of each other.

Why are there so many hillforts in this lush area of Dorset? Click to reveal the answer

Discover the largest hillfort in Britain