Why is there no trace of this town at this peaceful Purbeck view? 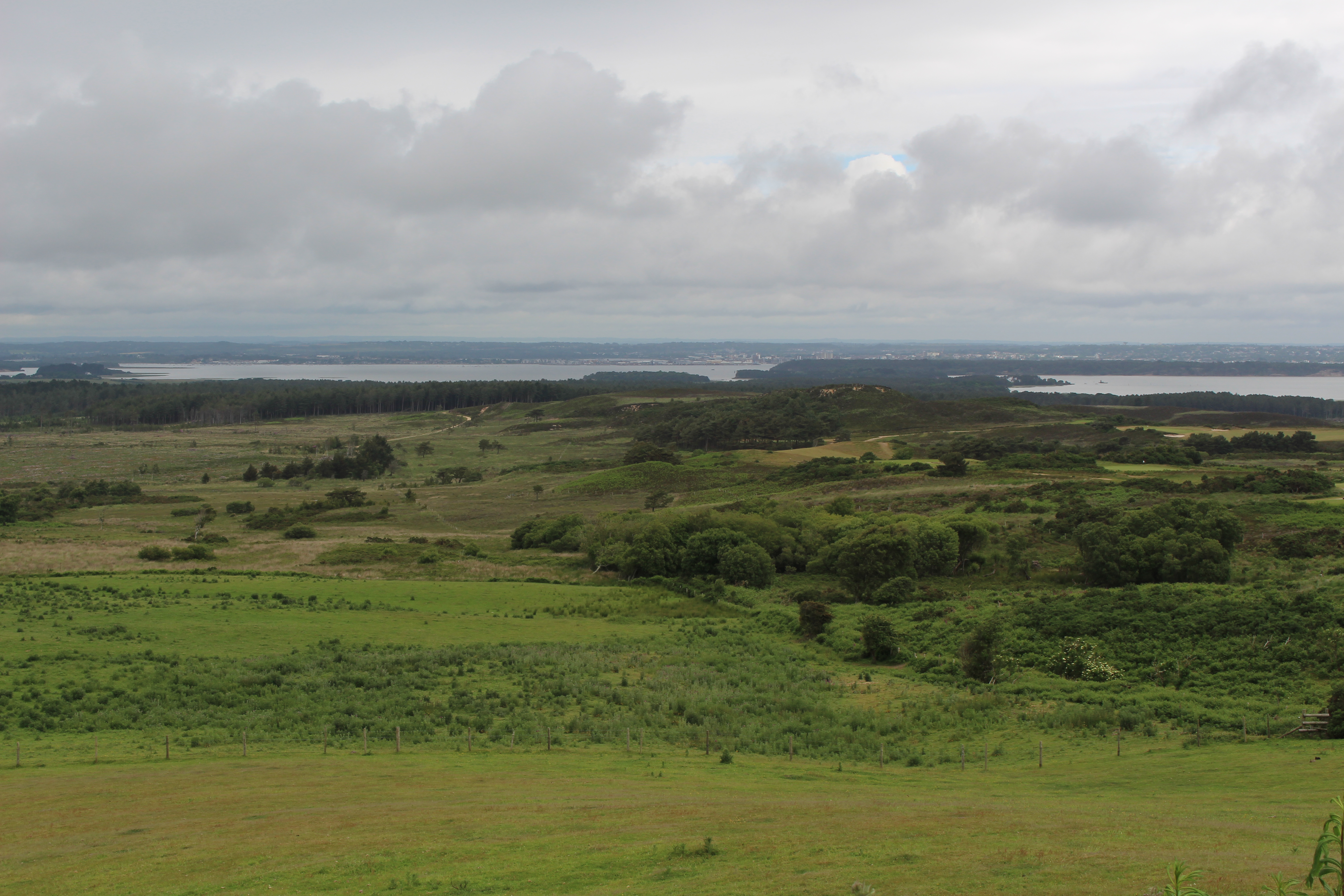 In the 12th and 13th centuries, the Isle of Purbeck was famous for the precious Purbeck Marble, extracted from quarries in a line stretching west from Swanage to Worth Matravers. This so-called ‘marble’, actually a freshwater limestone, was used for fonts, pillars, and memorials in all the great cathedrals being built across England at that time.

Standing here in 1286 you would have seen busy roadways crisscrossing the landscape transporting the valuable stone from Corfe Castle to small ports on the south shore of Poole Harbour, particularly Ower Quay just to the West of where we are looking now.

King Edward I decided that to cope with the volume of trade, a new port was needed, and plans were drawn up for Nova Villa, or Newtown. He appointed Richard de Bosco, (the Constable of Corfe Castle at the time) ‘to lay out, with sufficient streets and lanes and adequate sites for a market and church, and plots for merchants and others ...’.

There was to be an annual fair, as well as weekly markets – a bustling centre for trade. The church would have stood right at the centre of your view, and remained on maps for a long time: an enthusiastic map maker at the time the town was being planned included the church, not realising that it would never be built!

So where is the town that would have reshaped this peaceful Purbeck view?

Well, there are at least three possible answers.

First, the purple haze of the Purbeck heaths are not the most desirable environment to live in! The soil is poor, the ground sandy and often boggy. Ideal for wildlife, but not for people and their properties!

Secondly, the port would only have worked if the channel was kept well dredged. Poole Harbour is shallow and muddy, and Newtown has even less of a navigable stream channel into the harbour than Ower. Wareham and the River Frome, as the premier port of the Harbour in those days, could only afford to keep its channel deep enough for cargo ships because of revenue from its trade.

But, as Poole developed, Wareham’s trade declined and less dredging meant the river silted up. The same was true of Ower, so Newton never really stood a chance!

And thirdly, other ports around Poole Harbour would not have relished more competition! Ower was well established for the marble trade, Wareham was a major cross-channel port at the time, and Poole was still small but growing rapidly. 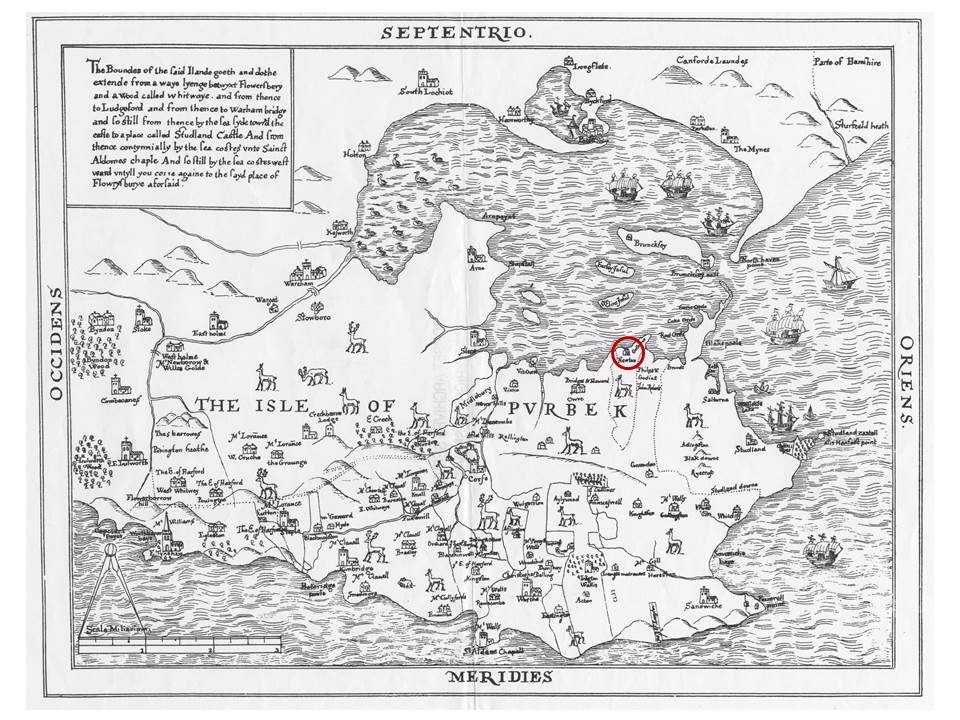 Instead, the area saw other activities take over where the town’s plans left off. Ball Clay mining had been of importance for over 1000 years here, and in the 18th and 19th centuries vast amounts were exported to Stoke, regarded as "the best clay in the world" by Josiah Wedgwood.

By the early 20th century coniferous forest blanketed the vista, and the army even made extensive use of the site for training in the Second World War.

Today, conservation is a major player. Enhancing the natural environment, protecting rare heathlands and supporting tourism are now high priority. The tranquil and undisturbed view beneath your feet is testament to this new direction.

So, if Edward’s plans had gone ahead, instead of the glistening urban sprawl of Poole, there might have been a ready rival nestled between the southern sea shore and where you are standing now.

How different your view would have been!

The town that never was

Before you lie two very different landscapes. Stretching out below are fields, heathland and the wooded islands of Poole Harbour – not a town in sight.  Creeping out of the other side of the blue, however, sits glistening and thriving Poole.

If King Edward I had had his way though this view might have been very different!

Just to the left of the raised reddish hump on the mainland (this side of the sea) is a flat plateau that reaches down to the shore. In the 13th century, plans were made to build a town here.

Why is there no trace of this town at this peaceful Purbeck view? Click to reveal the answer

David Kemp for creating this viewpoint

The 'Isle of Purbeck' is techincally not an island - instead it is a peninsula, a headland surrounded by water on three sides

Why are the eroding cliffs at Lyme Regis both a blessing and a curse?

Discover how much Weymouth shaped the great British seaside