Why is this scenic part of Dorset often presumed to be much further north?

In the Hovis advert a boy pushes his bicycle up Gold Hill to deliver a loaf of bread before freewheeling back down to the baker’s. The commercial is regularly voted Britain’s favourite of all time.

Part of its appeal was inbuilt nostalgia for scenic rural life and Gold Hill provided an ideal location. Cars cannot park on the top half, so from the summit it looks frozen in time. Meanwhile the pretty cottages bathed in glowing morning mist evoke a sepia-tinted version of Britain.

While the advert wasn’t set in a specific place, it included a number of images widely used to portray northern counties. These included the boy’s flat cap, the old bicycle and the cobbled street. The voiceover is easily mistaken for northern dialect, while the background soundtrack (Dvorak’s New World Symphony) was played by a Lancashire colliery band. 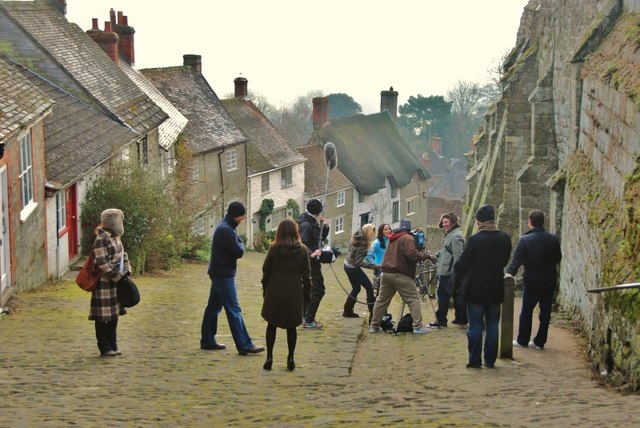 But why make a ‘northern’ advert in Dorset?

Television and film shoots often take place far from their settings for practical reasons; access, costs or intrusive modern development. This is especially true of shoots with a historical setting.

Something else though moved Gold Hill around 100 miles north in the public consciousness.

When the advert was made, in 1973, northern towns were associated with tradition, industry and hard work - ideal for promoting the wholesomeness of bread.

Early 1970s Britain was also marked by widespread strikes, closures and social unrest. Northern England was already being decimated by the decline of coal mining and manufacturing. The advert could be seen as a reaction to these events. In a changing era of oil crises and the 3-day week, Gold Hill helped create an idyllic ‘northern’ past.

Though Gold Hill helped bake a bygone Britain, objects like flat caps and brass bands are still associated with ‘the north’ today. These images can become regional stereotypes, highlighted by the several parodies of the advert. They also contribute to a ‘North-South divide’ where regions are defined and judged by economy, culture and even the weather.

Gold Hill’s fame shows how our perceptions of a place can be very powerful. Landscapes can be moulded by perceptions as much as physical changes; which is why there will always be a fictional piece of ‘the North’ in this Dorset town.

Thanks to Hovis, Shaftesbury gained publicity many places can only dream of. But it isn’t the only spot in Britain transformed in the public imagination by appearing onscreen.

The 1960s TV series The Prisoner for example turned the picturesque holiday village of Portmeirion into a sinister threatening island. Many such TV and film locations have become tourist attractions. Visits to them are worth an estimated £140 million to the British economy. 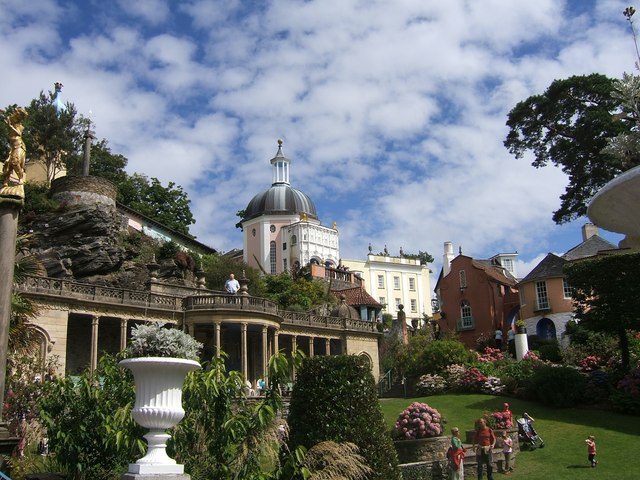 A slice of TV Gold

The view from the top of Gold Hill appears on many calendars, chocolate boxes and book covers.

But that’s not the only reason it might seem familiar. Gold Hill became famous after featuring in a popular TV commercial for Hovis bread.

Over 40 years later, crowds still flock to see it. But many people planning their visits are surprised to find out where ‘Hovis hill’ is.

Why is this scenic part of Dorset often presumed to be much further north? Click to reveal the answer

“Last stop on round would be old Ma Peggotty’s place. 'Twas like taking bread to top of the world”  - Hovis ‘Boy on a bike’ advert

Discover what shaped the West Yorkshire landscape that inspired the Brontës