What is this mysterious entrance embedded within the cliff face of Avon Gorge?

Imagine this very place in 1893 – a busy port further downstream, huge paddle-steamers dropping off revellers keen to experience the gentility of Clifton high above you, buses bringing people to and from the city, the River Avon a stinking open sewer …

Quite different to what you see today! 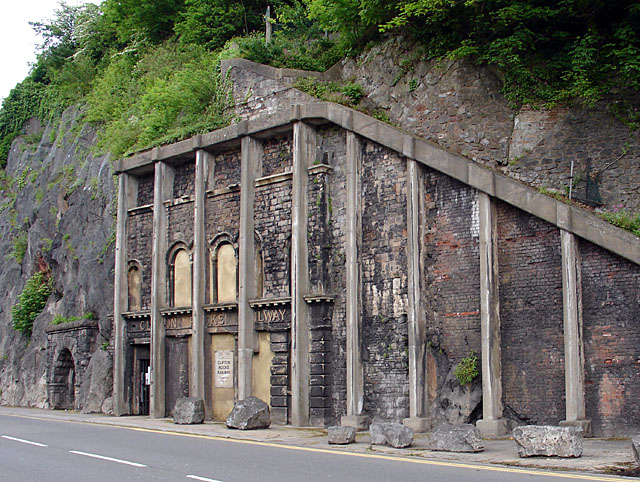 Now just a thoroughfare for getting in and out of Bristol, this would have been a hive of activity. The area at the base of this limestone gorge was home to the working classes and merchant sailors. Meanwhile, high above out of sight was the Georgian wealth of Clifton with its awe-inspiring views over the Avon and her city.

Only reachable via the zig zag path you may have scaled to get here, Clifton had resisted rail connections to protect its style and elegance from the masses of Bristol, but not for much longer. In 1880 the Clifton Rocks Railway was conceived to make a linking Clifton to the world below, connecting the city’s train line and the steamers that ferried people to and from the exotic climes of Ilfracombe and South Wales.

It wasn’t until 13 years later that a proposal won over the authorities.  A funicular line buried within the rock face itself was put forward, through a nearly vertical line with just two stations – a top and a bottom! It is outside the bottom of the two stations that we now stand.

A self-financed venture of £10,000 by a Mr Newnes saw the construction of the railway – the widest tunnel of its kind at the time and the only underground cliff funicular in the world! Newnes was a Member of Parliament in Cambridgeshire and a publisher, but his country residence in Devon brought him into contact with the Lynmouth Cliff Railway and its engineer, Mr G Croydon Marks. We can only assume that he had an interest in the area and a keen fascination with the more challenging of railways!

450 feet (137 metres) long, it overcomes an almost vertical height of 200 feet (61 metres) bringing passengers up to the Avon Gorge Hotel and the adjacent spa from within the rockface. Four cars in two connected pairs were operated by gravity, with water ballast let into the cars at the top station and out at the bottom, and a pump returning the water to the top of the system. A clever contraption! 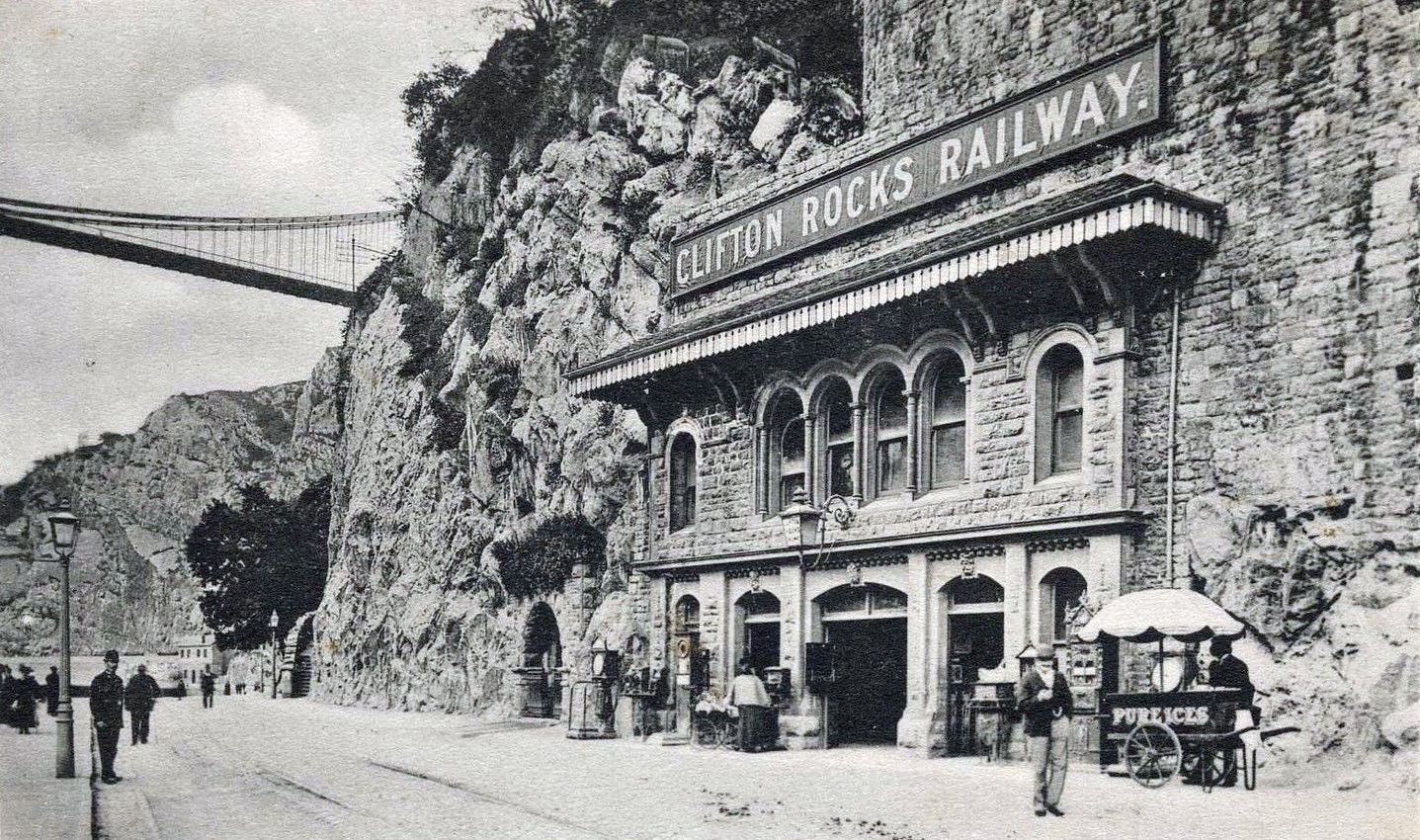 On the opening day over 6,000people enjoyed the trip and over 400,000 passengers rode it in the first year. However its prosperity was short lived. Interest in spa destinations declined and as roads improved, so the need for the railway diminished. The last journey was in 1934, just 40 years after opening.

However there is an unexpected twist to this tale...

In 1941, with the Second World War raging across Europe, the BBC was looking for an emergency transmissions centre.  They saw potential in this tunnel bedded deep inside the sturdy rocks and sent the BBC Symphony Orchestra in to test the acoustics. Even if Britain was in grave danger, radio listeners wouldn’t be denied concert broadcasts of the highest quality!

The BBC set up in the tunnel until 1960, when costs and changes in technology rendered the site redundant again.

It lay dormant until 2008 when a group of local enthusiasts began work to unveil this secret Victorian gem. They are raising funds to restore it and hope to bring the people back again to this surprising but history filled piece of Bristol’s hidden heritage.

Although not open to the public as a permanent attraction yet, the railway takes part in Bristol Open Doors – a once-a-year chance to look behind closed doors and discover the city’s hidden treasures. See more at: www.bristoldoorsopenday.org.uk

Deep in the bottom of Avon Gorge is something you could easily pass without noticing on a journey to or from Bristol city. Look again across busy lanes of traffic and the wizened remains of a mysterious building emerge before our eyes.

Whilst Brunel’s mighty Clifton Suspension Bridge towers above, another engineering feat quietly nestles within its foundations. Though unassuming and derelict today, sturdy uprights and grand arches hint at a proud past.

What is this mysterious entrance embedded within the cliff face of Avon Gorge? Click to reveal the answer

Caroline Millar and Rory Walsh for advice on the text

This was the first tunnel ever to be blasted with electric detonation!