Why does a tall chimney dominate the view at Cape Cornwall?

Walking down the quiet country lane from the village of St Just towards Cape Cornwall brings you to what was once thought to be the most westerly point of England. Although that accolade now sits with Land’s End, Cape Cornwall ambitiously juts out into the ocean to compete. Visitors buy ice creams and walk along the coastal path, all gazing up at a curious chimney that ensures Cape Cornwall is visible for miles around 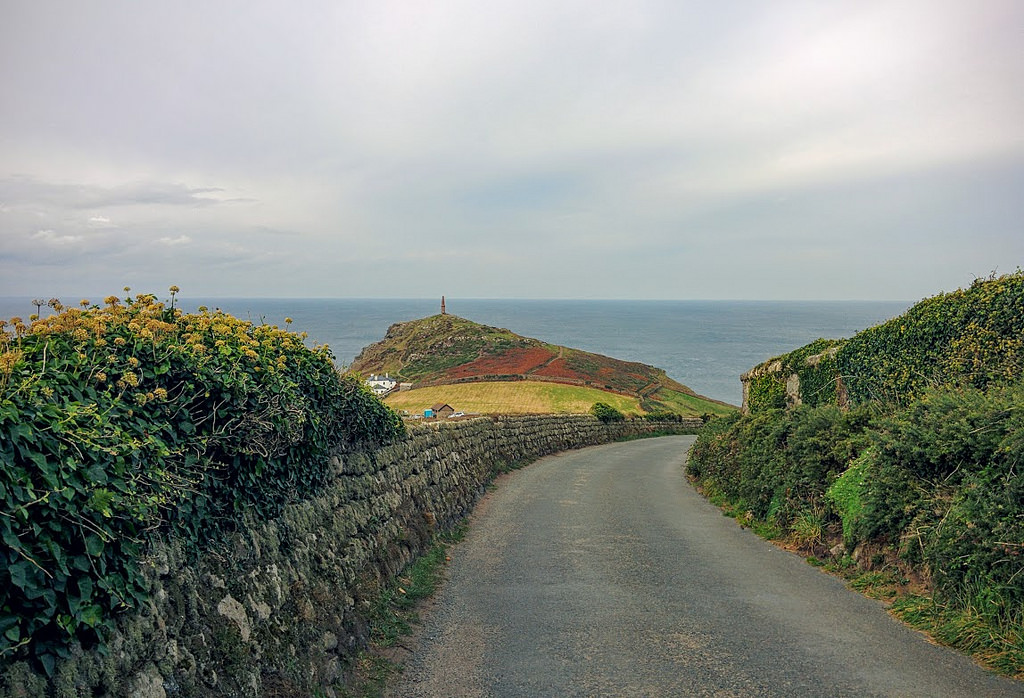 Like elsewhere along the rugged Cornish coastline, tin was discovered under the rich alluvial soil here as early as the Bronze Age (2500-800 BC) and led to a flourishing mining industry. At Cape Cornwall, a tin mine operated between 1838 and 1883 and at its height employed 45 men, four women and five boys.

The chimney that many tourists picnic beneath today was built to serve the boiler at the mine, providing power to drive the whim – a machine used to haul raw materials up to the surface. The chimney became symbolic of the local community that depended on the mine for its livelihood.

By the late nineteenth century, foreign competition had reduced the price of copper and tin to such a degree that the mines could no longer make a profit. One by one, the Cornish tin mines closed including Cape Cornwall in 1883. Industry moved away, leaving the cape to become one of the quietest spots along the English coast.

In 1987 the future of Cape Cornwall was in doubt when it was put up for sale. Local residents and environmental campaigners feared for the future of this beauty spot and didn’t want the kind of visitor attractions that were later developed at Land’s End. In the end, Cape Cornwall was saved from development by the Heinz company; to mark their centenary of selling soups and beans, Heinz presented Cape Cornwall to the National Trust as their gift to the nation.

When the tin mine closed in 1883 there was some debate about what to do with the chimney. While some thought it was an obvious decision to knock it down, others campaigned to keep it as it could be seen clearly from the sea and allowed ships to see they were close to land. With nearby Brisons Rocks having a notorious history of wrecking ships, the chimney was allowed to stand and still keeps watch over local shipping lanes today. Near to the chimney, the National Coastwatch Institution also takes advantage of this view. Local volunteers monitor every vessel they see and liaise with the coastguard if any of them seem to be in trouble.

Cape Cornwall (postcard from the collection of Effie Louise Ellis)

Just a short drive from the village of St Just and within sight of Land’s End on the south-west tip of England, Cape Cornwall juts out to sea on a coastline renowned for surf, sea life and shipwrecks.

A steady stream of tourists head up the hill here to take advantage of far-reaching views across the Atlantic Ocean. But most of them are unware of the area's curious hidden history...

Why does a tall chimney dominate the view at Cape Cornwall? Click to reveal the answer

Peter Naldrett for writing this viewpoint. Peter is a Sheffield-based writer specialising in education and travel. He writes geography resources for Oxford University Press and Twinkl, as well as travel guides to the Lake District, Peak District and the Yorkshire Dales. He regularly writes magazine articles for publications such as Cumbria, The Countryman and Derbyshire Life, and has three weekly newspaper columns.

Wikimedia Commons for the photo of Dolcoath mine

Richard Ellis for the main image, via Flickr under the Creative Commons License

Cornish miners migrated around the world for work, including to mines in Australia, South Africa and Brazil