Why did living the dream above a glorious Devon beach turn into a nightmare?

The answer is right before your eyes. You can’t fail to notice the exposed red rock above the beach. This is a landslip. But what is a landslip and how did affect the clifftop homes? 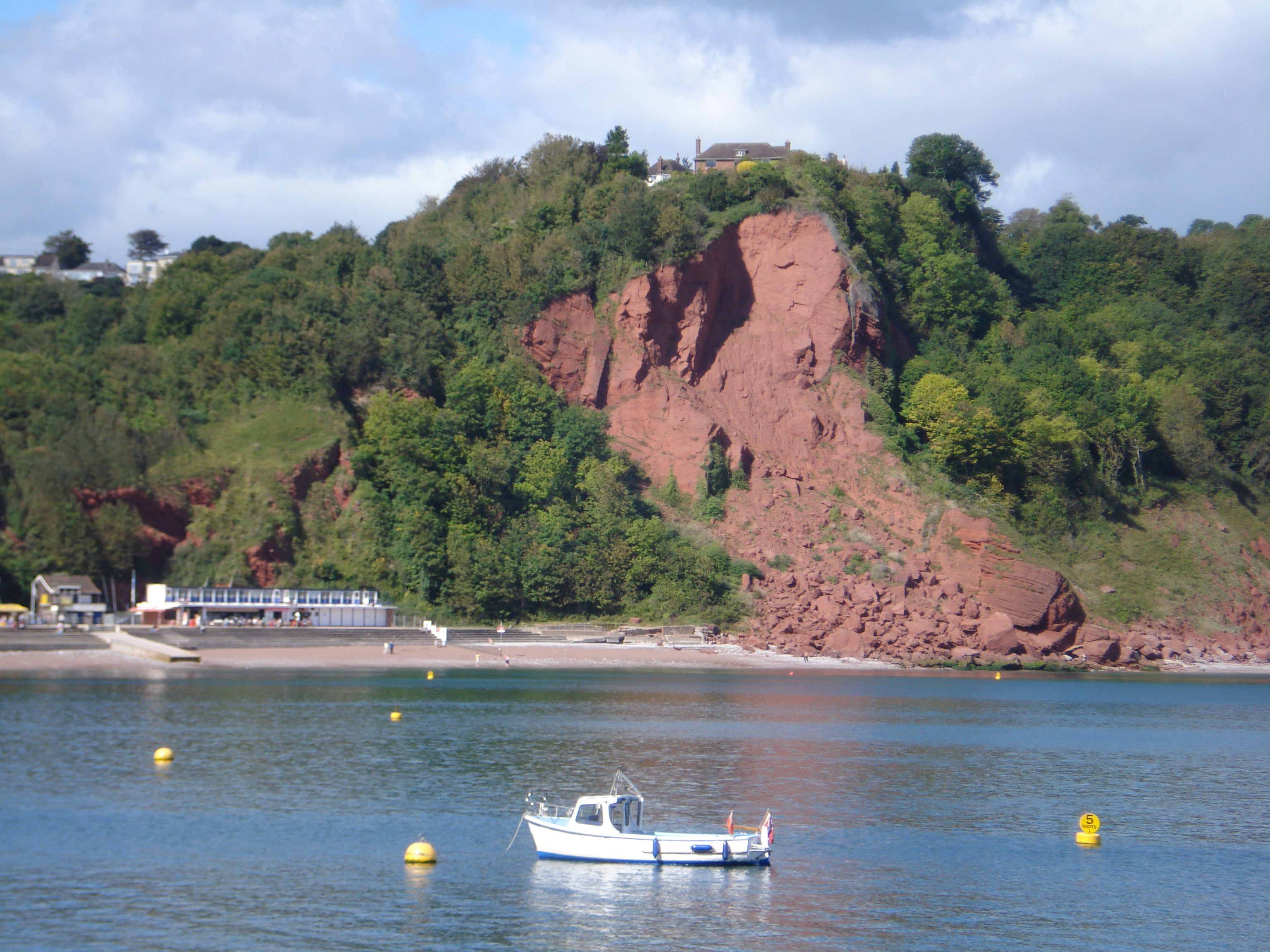 To answer that question look at the grey/white headland just beyond the beach. You’ll notice immediately that it’s very different in colour to the red rocks. These grey rocks are Devonian limestone formed 380 million years ago.

The cliffs you are standing on now are also made of the same Devonian limestone but sandwiched in between is the startlingly red rock. And this is the problem. The red rocks are 100 million years younger and date from the Permian period.

After a major mountain building period, pressures in the Earth’s crust caused parallel cracks or faults to appear in it.  As a result a block of younger Permian (red) rocks dropped down between the older limestones.  This created an unstable area which over time has created land slipping along the fault line.

We know from Victorian photographs that the landslip was a known fact but even so houses were still built over the fault line. In 2003 a major rock fall resulted in beach closure and concerns began about the instability of the slip. In 2010 a buyer bought the house nearest the fault line for £154,000 yet just eight days later a 5,000 tonne rock fall turned the dream into a nightmare. The sea turned red, the beach was closed and the house was now situated just 150 feet from the cliff edge. 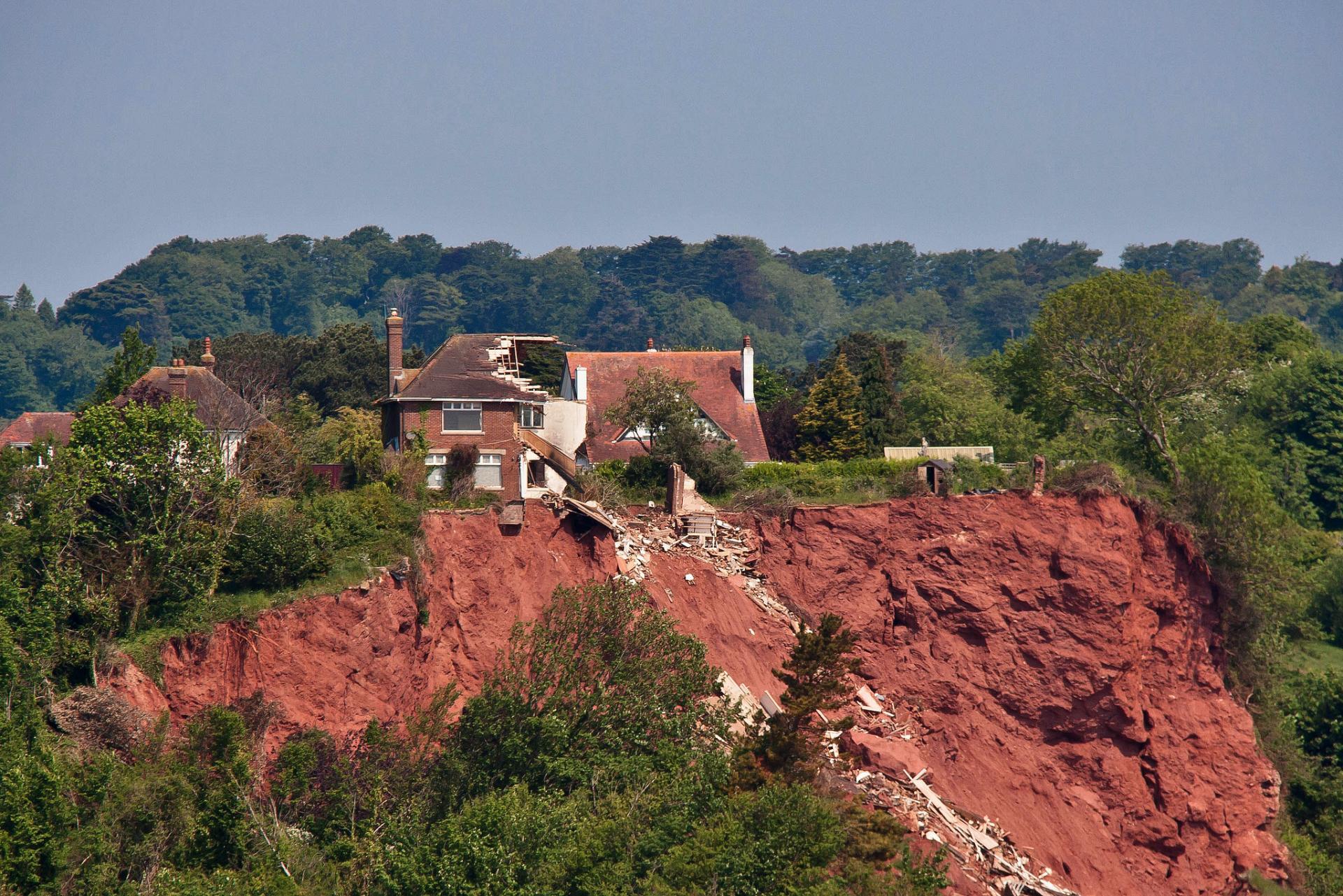 By 2013 it was in a collapsed state and the cottage next to it ‘deemed officially uninhabitable’. By 2016 the original house had disappeared completely down the landslip and no longer exists.

As property becomes ever more expensive, desirable clifftop homes around our coastline are reaching staggering sums, but at what cost?

With views across Babbacombe Bay and out to the English Channel and perched just above the glorious Oddicombe Beach, the large detached house in the picture below appears to be the dream seaside home.

But since the photo was taken in 2010 the house has completely disappeared. 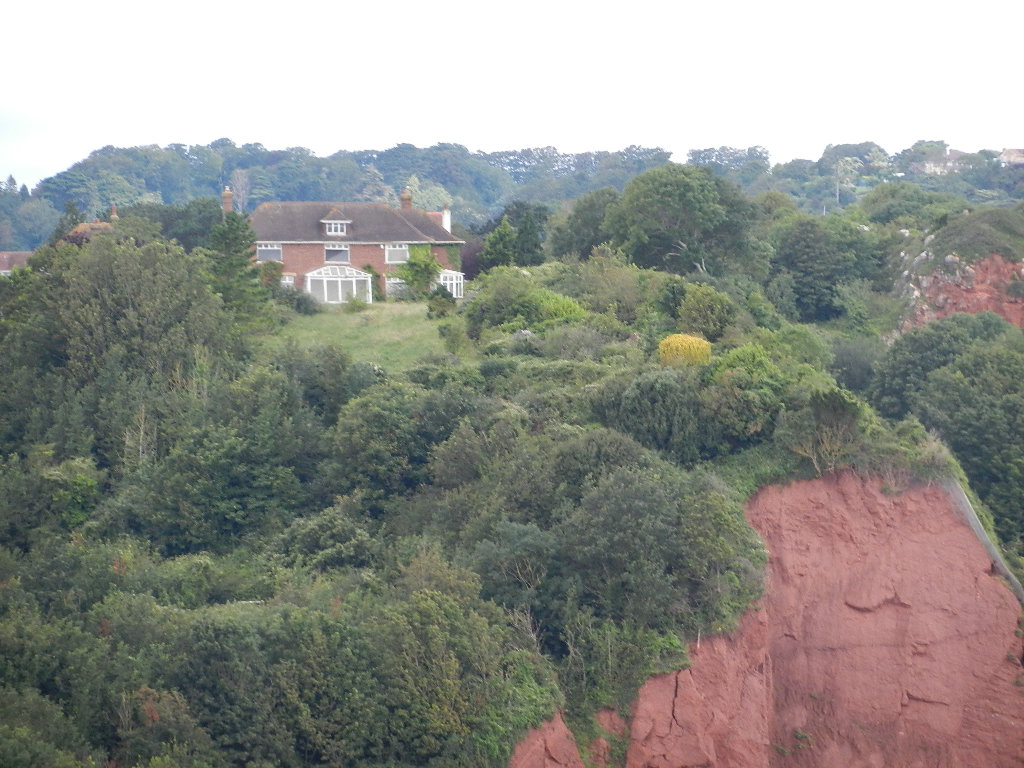 Why did living the dream above a glorious Devon beach turn into a nightmare? Click to reveal the answer

Keeping the trains on track in South Devon

Where did Dartmoor’s strange tors come from?

How did hills and heroics create an iconic Devon landmark?

The tors are like pimples on the surface of Dartmoor