How does an ancient lagoon link peaceful monks to Second World War bombs?

Look down the long body of water. Notice how the water is calm, quiet and protected from the sea. Its also a sanctuary from wild coastal weather, allowing wildlife to thrive. Without these two factors the Fleet’s ancient relationship between monks and mute swans might not have developed.

Swans have lived naturally on The Fleet for hundreds of years. The sheltered tidal waters and eel grass offer an ideal habitat. In the 1040s, Benedictine monks founded a monastery at Abbotsbury (the village immediately below us). While little remains of the Abbey today, we can still see their massive fourteenth century tithe barn and nearby swannery, both testament to the wealth of this monastic order.

The swannery can be traced back to the monastery. The monks farmed a population of swans here in their natural habitat. The birds provided an important source of income and lavish food for their banquet table. Even today, an extraordinary relationship between people and birds continues.

You’ll be relieved to know though that the swans are no longer farmed for food. Abbotsbury Swannery is managed by the Ilchester Estates for conservation and tourism. Over 600 wild swans visit daily and they are cared for, fed and given safe habitat for breeding. In fact, this part of the Fleet is the one place in the world where you can walk through the heart of a managed colony of nesting mute swans.

But we mentioned bombs too didn’t we?

The calm water that suited the swans also attracted the military. Look down The Fleet and notice how long and narrow it is. With its rural setting – few houses! – and just nine miles from Portland’s old naval base, the Fleet’s length and calm waters made it the perfect location to test  'bouncing bombs'.

Invented by Sir Barnes Wallis, one of the leading Second World War scientists, the bouncing bombs were used to destroy a series of dams in Germany's Ruhr Valley. At the Swannery, you can see one of the prototypes, looking a bit like a big metal golf ball. 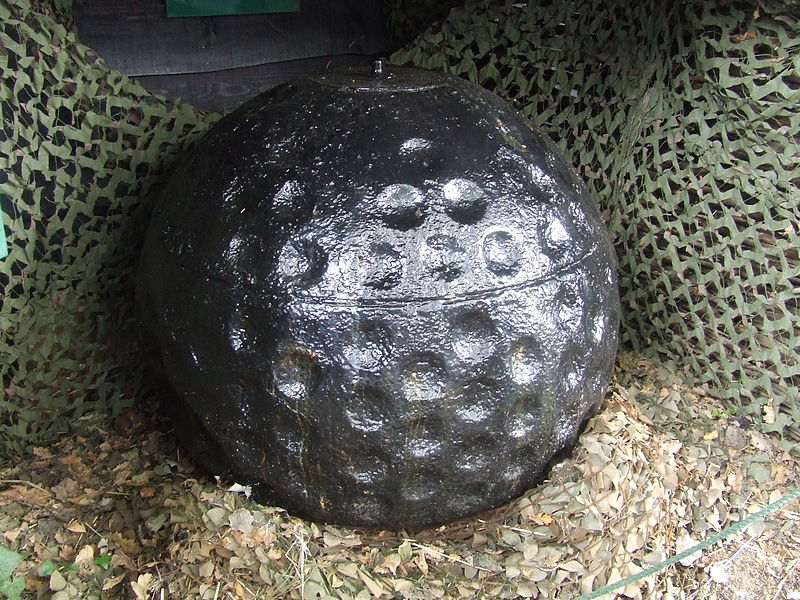 During testing, the Fleet's shallow waters allowed the prototypes to be recovered easily. But The Fleet ended up being too shallow and the military moved the tests elsewhere, including the Derwent Valley in the Peak District and the Elan Valley in mid Wales.

The army still favoured The Fleet for other exploits. Pill boxes and anti-tank defences were built along its length to deter seaward attacks and its expanse was used to train soldiers in bridge building. Some of these defences can still be seen at the northern end of The Fleet.

The RAF mission in May 1943 later became famous in the 1955 film The Dam Busters.

From this commanding position, our eyes are immediately drawn to Chesil Beach, the long pebble barrier that stretches for eighteen miles along the Dorset coast between Bridport and Portland.

On the far side of the beach are the crashing waves of the English Channel. On the near side, meanwhile, lies a body of water known as The Fleet.

The  Fleet is the UK’s largest saltwater lagoon. Most people know it as an inlet behind the more famous Chesil Beach. But thanks to monks, swans and bouncing bombs, The Fleet has its own remarkable story to tell...

How does an ancient lagoon link peaceful monks to Second World War bombs? Click to reveal the answer

Catherine Brew for creating this viewpoint. Catherine works as a heritage interpreter and specialises in cemeteries and sacred places. She is a partner at Red Plait Interpretation.

To mark the 75th anniversary of the 'Dam Busters' mission, Squadron Leader George 'Johnny' Johnson - the last surviving crew member - flew over Derbyshire in a Lancaster bomber. He was 96.

Why are the eroding cliffs at Lyme Regis both a blessing and a curse?

Discover how much Weymouth shaped the great British seaside