Standing above the babbling brook of the River Coln, soak up the sounds of the river and the rustle of the trees that line its course. This river begins our story of Cotswold life.

Emerging 14 miles north of here, just outside Cheltenham, the River Coln travels all the way through Gloucestershire to join the River Thames further south in Lechlade. Many Cotswold towns and villages have grown up at bridging points across rivers, at spring heads or in the valleys around shallow wells. We are standing on one of these crossing points.

The crossing here enabled early settlers to start the settlement of Bibury. The village was recorded as ‘Becheberie’ in the Domesday Book of 1086, so it’s been here for close to 1,000 years in one form or another. The river provided water, not only for drinking, cooking and cleaning, but also as a vital source of power. 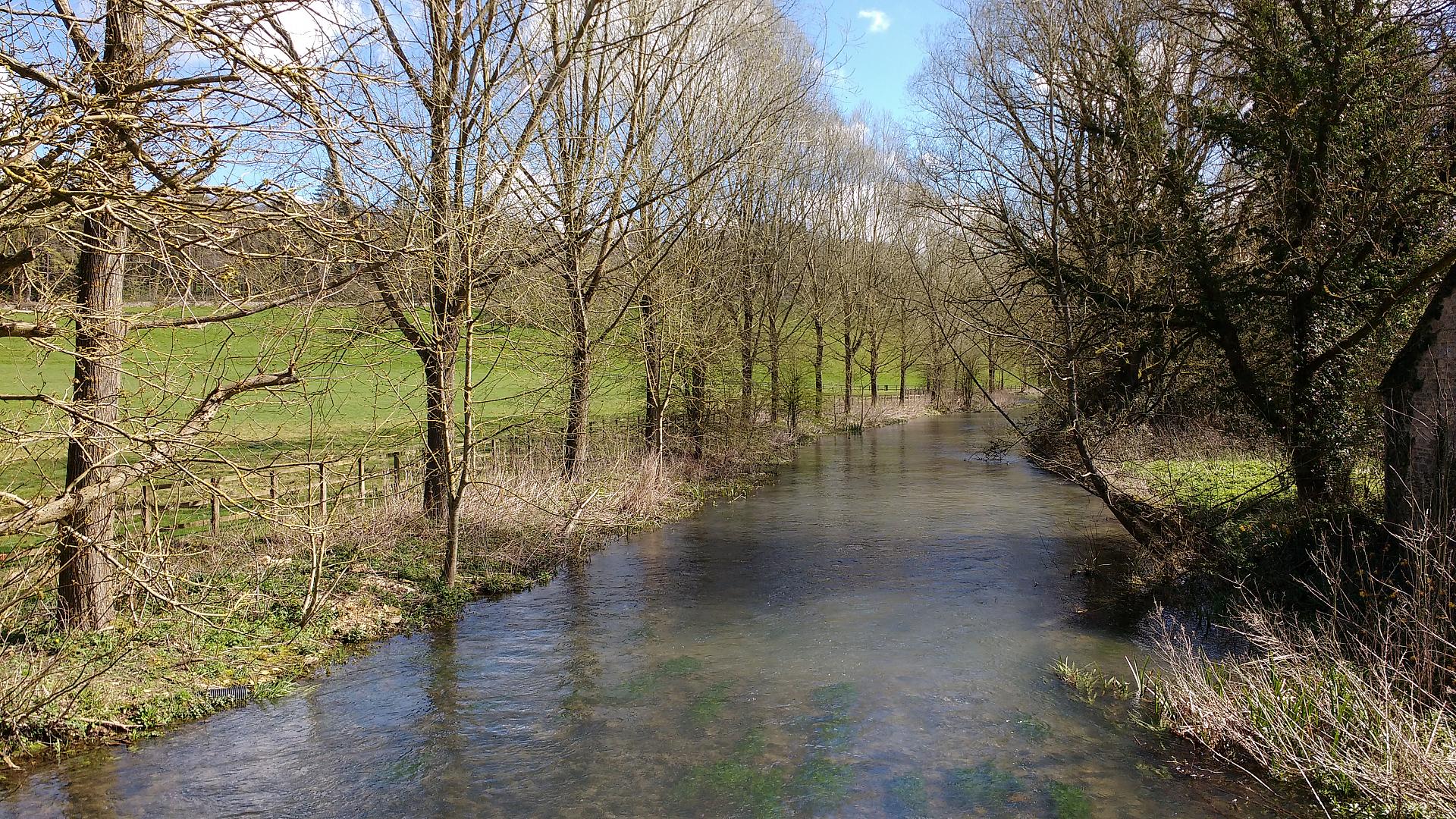 Perched above the river here we can hear its flow, hinting at the power it would have provided.

Look ahead over the bridge for two large circular stones nestled below a rambling old building. These are millstones. The river’s power turned these hefty stones, grinding grain between them into corn.

The river gave villagers daily sustenance and a tradeable product. So the Cotswolds’ rivers and valleys don’t just shape the lie of the land. They also affect where its settlements built up, shaping the lives of their people and culture.

Bear right past the old millstones and follow the tarmac road uphill past a big house on your left. After a wide gate take the track ahead to climb into Oxhill Wood. At the top bear left for about 600 metres (this section can be muddy at times). Then drop down to a gate and stone stile into a meadow. Now head uphill to go through a gate into Ash Copse.

Catch your breath from the gentle climb. Then beneath the branches of this woody haven we can start to appreciate this beautiful landscape. The Cotswolds are an Area of Outstanding Natural Beauty (AONB). This means the landscape’s distinctive character and natural beauty are so precious that it is in the nation's interest to safeguard them.

The name ‘Cotswolds’ comes from the word ‘cots’ meaning stone sheep shelters and ‘wold’ meaning rolling hills. Think about the route we have walked so far – bright green pastures, babbling brooks, and now a quaint wood on top of a rolling hillside. Although it’s easy to think of the ‘Cotswolds’ as one landscape, the region actually has 19 distinct ‘landscape character types’!

We’ve passed through one of them already. The village of Bibury is within the High Wold, a gently rolling series of hills dissected by dry valleys. Here at Ash Copse we can see another landscape type, and mix another ingredient to our recipe– woodlands.

Woods account for over 9% of the region and form a striking feature on the landscape. The ways people have used the land across the Cotswolds have changed over time. This tranquil copse may look natural but it’s partly man-made.  These habitats are now integral to supporting an exceptional diversity of animal and plant life.

As we leave, look at the hedgerows that surround the path. These too provide invaluable safe-havens for biodiversity. Insects, birds, bats, reptiles and amphibians use them as their homes and refuges.

In recent decades, swathes of hedgerows were removed across Britain to make way for larger fields and machinery. These extensive farming practices mean surviving hedgerows act as 'wildlife corridors'. They allow species to move between habitats, a bit like a wildlife superhighway through the countryside!

These too provide invaluable safe-havens for biodiversity - insects, birds, bats, reptiles and amphibians use them as their homes and refuges. Farming practices across Britain over recent decades often meant swathes of hedgerows were removed to make way for larger fields and machinery in a process called extensive farming.

Although these practices are now changing, these leafy additions to the landscape still act as essential ' wildlife corridors', allowing species to move between habitats - a wildlife superhighway through the countryside!

Leave the wood by turning right onto a track between the high hedges. Stop after a few hundred metres where there’s a gap in the fields on the left.

You may be wondering why we’ve stopped at this muddy track crossing through a field. What can there possibly be to see here?

We are standing on a piece of ancient history! For more than 6,000 years this grassy landscape has been occupied and shaped by people, and this track is no exception. The path we are now standing on is Akeman Street, a Roman road.

Akeman Street might not look like much now, but in 100 AD this muddy track would have been alive with horses, carts and traders moving between the major Roman cities. This road linked London to Cirencester. By doing so, it connected two major Roman roads that criss-cross ancient Britain - the Fosse Way and Ermin Way.

During their occupation of Britain between 43 and 410 AD, it is estimated that the Romans constructed about 2,000 miles of paved roads throughout the country. 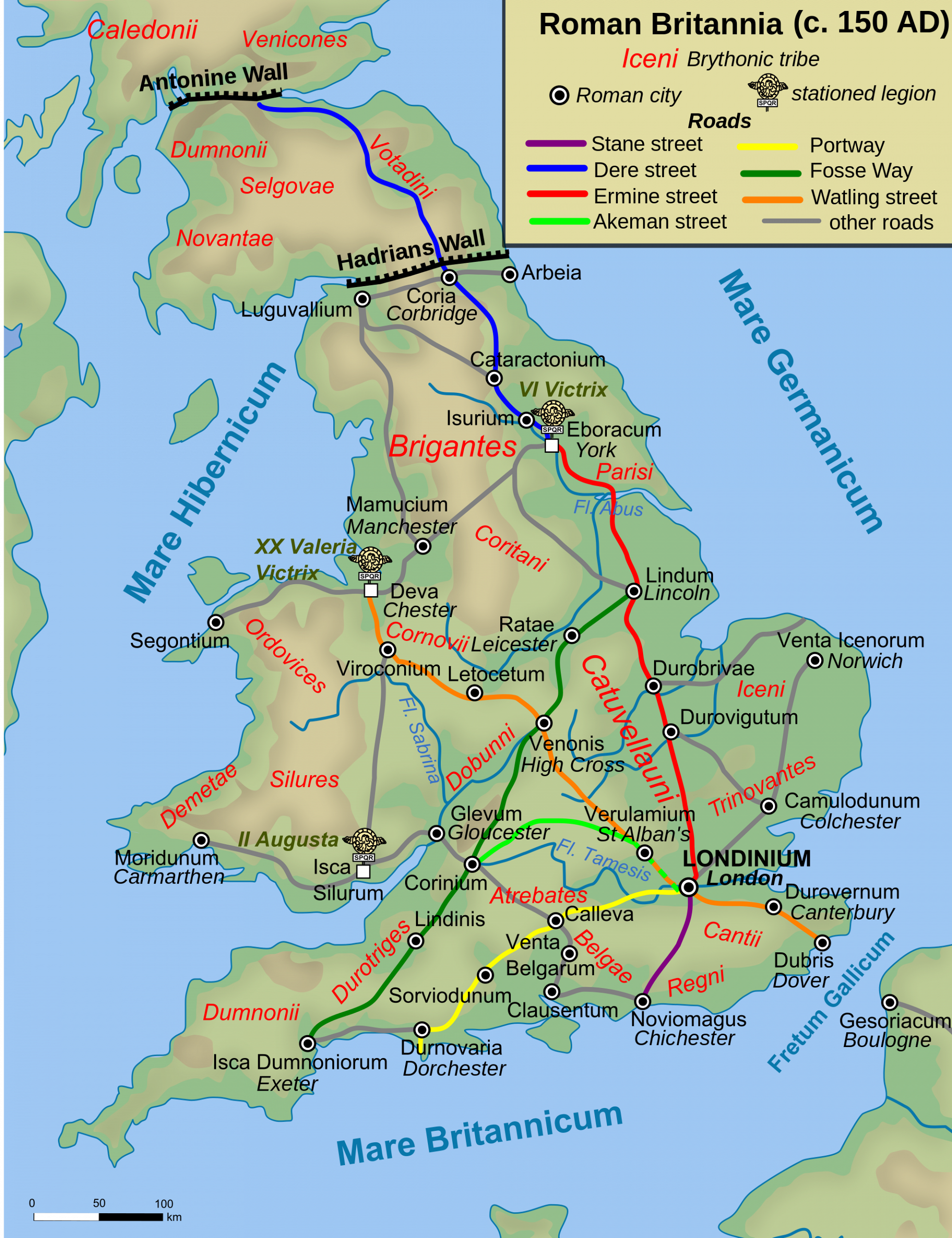 In the Middle Ages (the 10 centuries after the Romans departed) these roads helped a Cotswold industry to boom.

You will probably have noticed sheep grazing. The Roman roads paved the way for national and international wool trade, enabling the region to prosper.

The Cotswolds have profited from the wool trade for over 500 years and are still one of the wealthiest regions in the UK.

Continue on the main track between the hedges. At the road, turn right past Coneygar Cottages. After 200 metres, turn right again onto a footpath going gently downhill.

After a gate at around 200 metres, walk to your left to a mound that hides a small pond (it may be dry).Many years ago it was scooped out to provide water for the sheep grazing on the high pasture.

Follow the track straight ahead gently down and up for about 2 kilometres. Stop anywhere on this path where you notice a stone wall peeping out of the hedgerow to your left.

A quintessential ingredient of the Cotswolds’ landscape must surely be the seemingly endless lines of honey-coloured dry-stone walls. There are over 3,700 miles of them in the Cotswolds. That equals the length of the Great Wall of China!

Used throughout Britain for centuries, these walls give us a secret snapshot into the local history of each region - if you know what to look for…

We have already discovered the importance of sheep in the Cotswolds. Most of the walls we can see today, probably including the section we’re looking at now, date from the eighteenth or nineteenth centuries. At this time large areas of open countryside were divided up and enclosed for livestock. This made dry-stone walls very important for keeping sheep both in and out of each other’s plots!

Another part of the story of the walls we can see above ground is the rocks that lie beneath our feet. These rocks are Jurassic limestone, which formed around 210 to 140 million years ago. More than a hundred million years later the limestone shifted as continents moved. This caused the Cotswolds rocks to tilt upwards, creating shape the rolling hills and valleys around us. 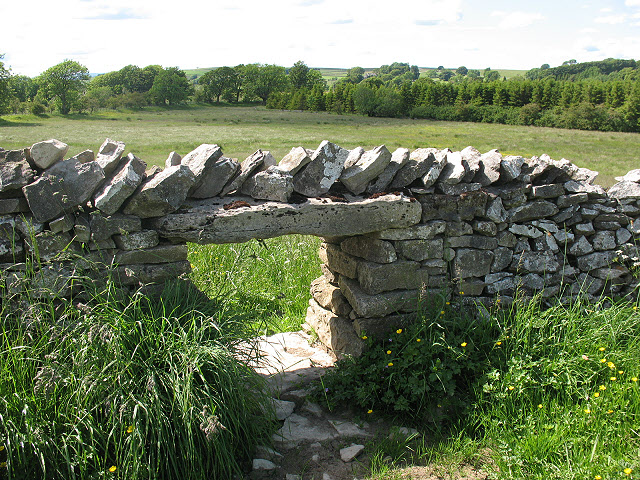 The abundance of local limestone made it easy to quarry. It became the building material of choice for setting out the boundaries between fields and pens.

The walls themselves often contain unusual features; gaps for livestock to pass through (called ‘sheep creeps’); stone steps; water troughs; archways; and even shelters where beehives were kept!

Today, preserving the walls supports wildlife. The uncultivated strips just next to the walls provide invaluable habitats for thousands of insects and small mammals. Wait quietly and you may be lucky enough to see birds such as tits or wrens or even tiny field mice making their way into nests within the wall cavities.

Follow the stone wall until it ends. Turn right onto a grassy path and head for the gate ahead that leads between houses to a tiny triangular green (it is signposted from the grassy path as a National Footpath with a yellow arrow on the gatepost). Take the right fork downhill to reach Arlington Row.

Emerging from the leafy undergrowth of the countryside we are now drawn towards of Arlington Row – reputedly the most photographed houses in the Cotswolds.

Arlington Row’s cosy honey colours and haphazard roofs create the perfect image of Cotswold living. It’s easy to see why in 1890 William Morris called this place “the most beautiful village in England”. If you can get a photograph of the row without a crowd of people strolling into shot you will be doing a good job!

Take a look at the cottage walls. They are made from the same limestone we saw lining the fields at the previous stop. The limestone rock seamlessly knits the landscape together. Its colour varies subtly - from silvery and creamy white through shades of grey to golden ochre - depending on the stone’s iron oxide content. Yet by forming the hillsides, valleys and buildings it creates a strong sense of visual unity throughout the region.

Arlington Row was originally built in 1380 as a monastic wool store. The buildings were converted into weavers’ cottages in the seventeenth century as the wool trade continued to boom.

It is funny to think that these functional buildings are now a quintessential symbol of leisurely pastoral life rather than one of toil and industry. Since appearing on the pages of the British passport, this row of modest houses has come to epitomise the Cotswolds, and indeed England. They now draw visitors from throughout the world.

So although it was once sheep and wool that brought wealth to this region, its rolling hills, honey-coloured streets and protected habitats create the perfect recipe for a landscape now revered by tourists and locals alike.

To return to your start point, walk along the front of Arlington Row until you reach the B2245. From here turn right and follow the road along the river bank to reach St Mary’s Church on Church Road.

A circular walk from the Cotswolds town of Bibury, near Cirencester

This trail follows rolling hills, lush pastures and ancient route ways to discover the ingredients that make up the Cotswolds chocolate-box charm.

We start in Bibury, which William Morris gushingly described as “the most beautiful village in England”…

Jo Kemp for creating and photographing this trail

Rory Walsh and Caroline Millar for advice and editing

The Cotswolds has a network of dry stone walls equivalent to the length of the Great Wall of China!

Cirencester had one of the largest Roman amphitheatres in Britain

How did a Cotswold hillside help to create the Olympic Games?

A remarkable history of economic activity in the southern Cotswolds