Why have the Seven Sisters become a symbol of Britain? 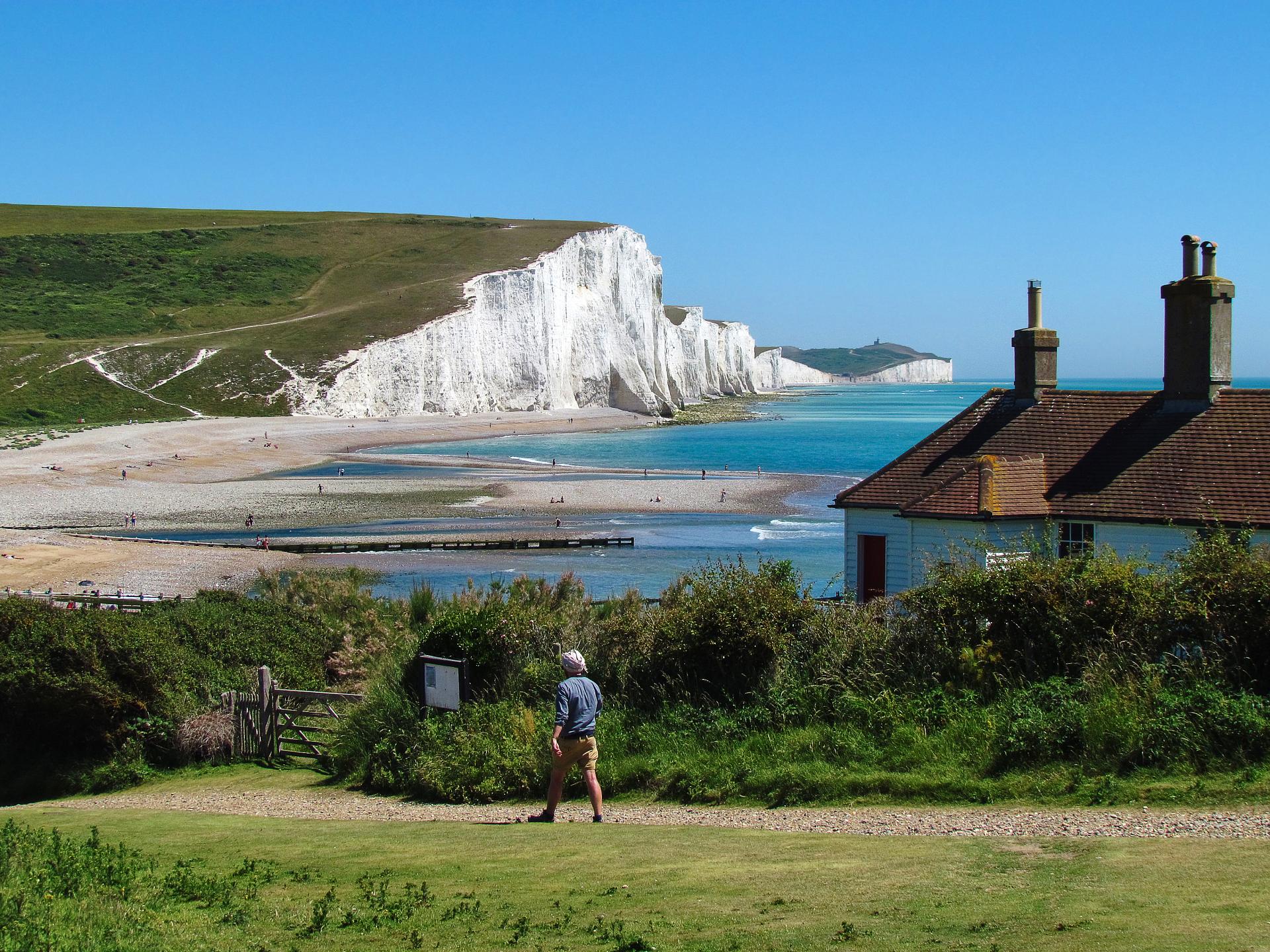 Topped with green and splashed by blue sea, from a distance the Seven Sisters almost look like a streak of squeezed toothpaste. On a clear day you can see Belle Tout Lighthouse, which stands beyond them on Beachy Head.

You may also have spotted these cliffs onscreen. They have appeared in films including Robin Hood: Prince of Thieves, Harry Potter and the Goblet of Fire and Atonement.

But why does this section of the chalk cliffs appear on TV and film so often?

First, look at the way the cliffs roll up and down towards the horizon. The ‘sisters’ or peaks (from left to right) are called Haven Brow, Short Brow, Rough Brow, Brass Point, Flagstaff Point, Flat Hill, Bailly’s Hill and Went Hill Brow.  The troughs between them are valleys. They were carved into the chalk during the Ice Age by summer meltwater from frozen soils. The valleys are roughly at right angles to the current coastline.

You may have already spotted something odd. Look at the cliffs and read the names again. Though called the Seven Sisters, there are technically eight peaks. The cause is erosion by the sea.  Constant erosion means the Seven Sisters are retreating by between half and one metre each year. As they recede, the appearance and position of the undulating troughs and hills will change. Centuries from now there may be several new ‘sisters’ exposed by the cliff erosion.

Chalk is a soft rock that water can pass through easily. Sea waves batter the bottom of the cliffs and wear the chalk away. This makes the cliff faces unstable, leading to landslips. These landslips create the Seven Sisters’ bright white colour. What you can see are fresh layers of exposed rock.

By comparison Dover’s White Cliffs are not especially white. Dover’s strategic location, large town and huge port mean defences have been fitted to protect them. As a result Dover’s cliffs often become dirty and overgrown.

The Seven Sisters meanwhile are allowed to erode naturally. As a result the coastline is undeveloped, with no visual clutter. This is why the Seven Sisters often appear on screen, especially in period or fantasy films.

The Seven Sisters usually provide an image of Britain’s natural beauty. But how British are they?

Similar chalk cliffs line the French coast at Calais. This is because the deep chalk rocks, which formed around 130 million years ago, once extended across a large area including what is now southern England, the Channel and into continental Europe.  These rocks were gently lifted up as part of massive earth movements that formed the Alps around 25 million years ago.

The Channel was created largely during the Ice Age, when sea level was often 100 metres lower than now. The ‘Channel’ then was land, and huge rivers – including what is now the Rhine and the Thames -  flowed down it, eroding the area.  The erosion was also greatly aided by massive floods around 450,000 years ago when a large freshwater lake, ponded up by ice sheets in the North Sea area, overflowed in massive surges draining out of the channel to the south.

When the sea level rose from about 6,500 years ago, it flooded the Channel, creating the cliffs we see today, both in northern France and southern England.

Though often presented as an image of Britishness, the cliffs are truly international.

During the Second World War, German bombers used the estuary at nearby Newhaven to navigate to central London. To divert them away from the capital, a fake town was built next to the Seven Sisters at Cuckmere Haven.

The buildings have gone but if you explore the area you can still find some of the military defences used against the planes. 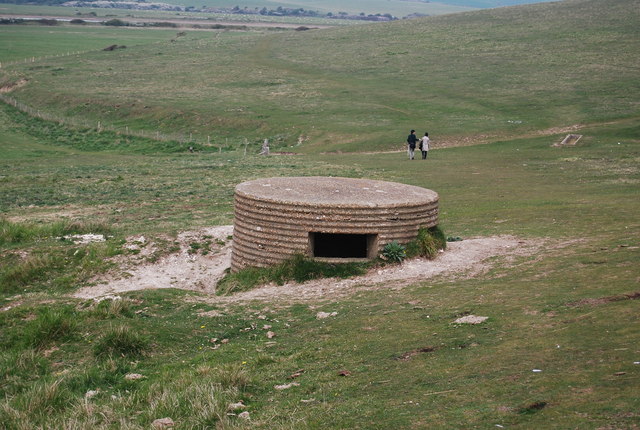 The 'White Cliffs' of Dover in Kent have become an enduring image of Britain, immortalised in song by Vera Lynn and plays by Shakespeare. As a result we think of these famous cliffs as a symbol of British fortitude.

But the Seven Sisters, nearly 80 miles west of Dover, probably look more familiar. It is these Sussex cliffs that often appear in films and television shows.

Why have the Seven Sisters become a symbol of Britain? Click to reveal the answer