How did a sea level rise once turn the tide of Portsmouth’s fortune?

Between 18-25,000  years ago (during the last Ice Age) the area we now know as Portsmouth looked very different. There was no harbour here, just a valley with a small river running from Portsdown Hill into the Solent. The Solent was not the great estuary it is today, but simply a river flowing south to join a larger river, called the Channel River, where the English Channel is now. 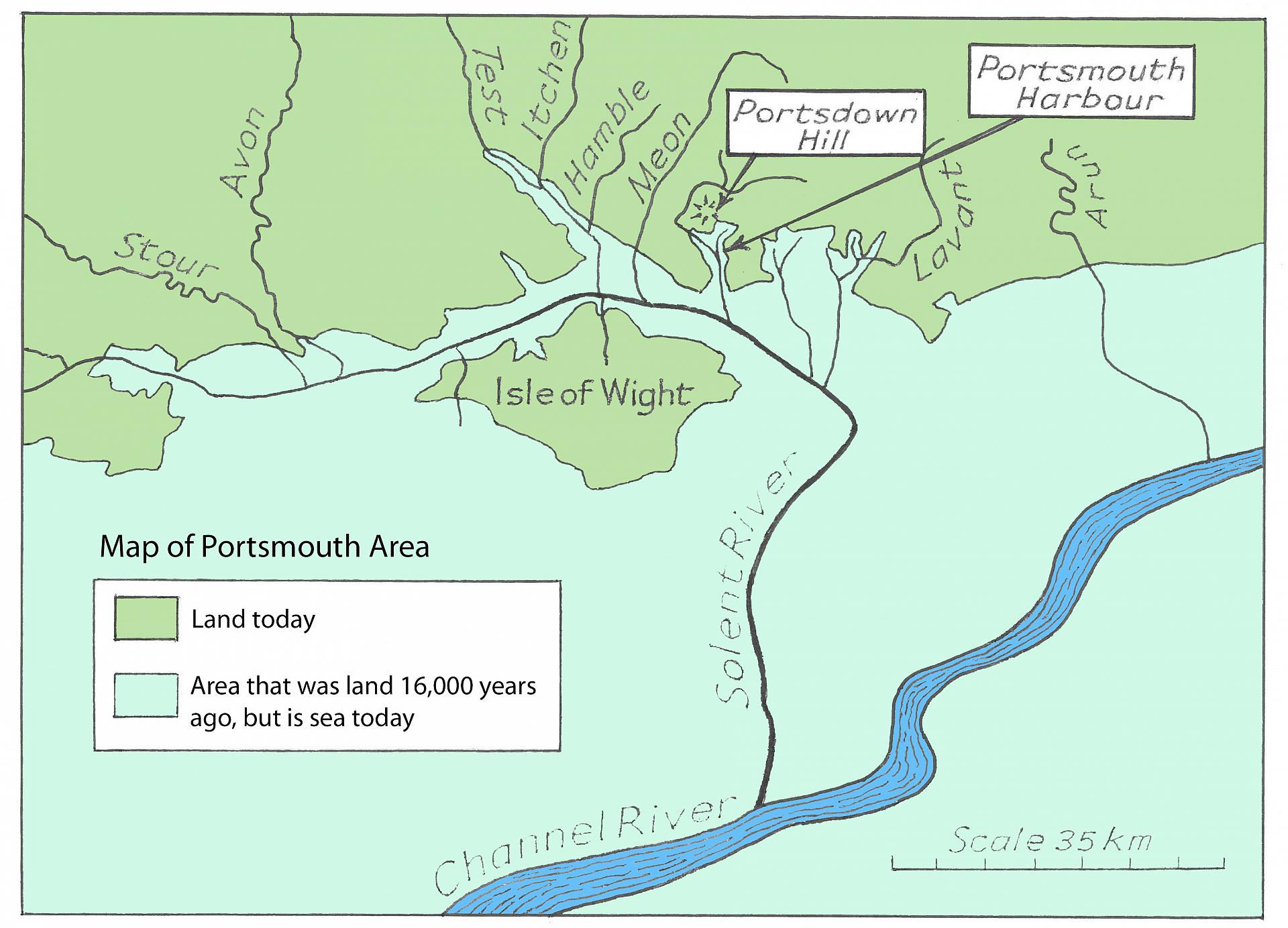 While there were no glaciers in the South of England, much of Scotland was under a great ice sheet. At the end of the Ice Age the ice melted and vast amounts of water poured out to sea, raising the sea levels. The loss of the ice removed a great weight from Scotland and caused the land to rise. But whilst the land in the north rose up, the landmass of Britain as a whole acted like a seesaw, and the south was tilted downwards into the sea.

The extra water from the melted ice and the lowering of the land in the south meant that water rushed inland and the valley of the Channel River filled up to become the Channel. The water also flooded the valley below Portsdown Hill, filling the bottom and leaving only the higher ground at the sides above sea-level. Land that had been at the top of a ridge was now the mouth of a new harbour.

From our vantage point you can clearly see that Portsmouth harbour is wide across the middle but much narrower at its neck. In fact it is funnel-shaped: widest furthest inland and tapering to a neck only 200 metres across where it meets the Solent Estuary and the sea beyond. 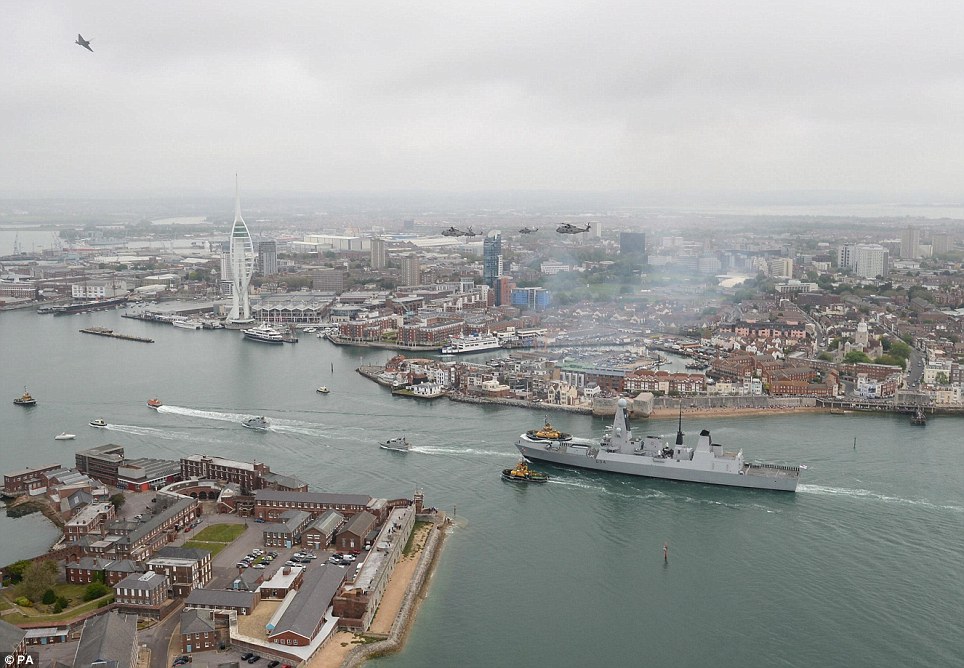 The narrow harbour mouth created by the flooding now meant that the land beyond was very easy to defend because enemy ships could only approach one at a time. A settlement quickly grew up to take advantage of this strategic location, and over the millennia generations have developed it so that by the 19th century Portsmouth had become one of the most fortified cities in the world.

We can still see the evidence of Portsmouth’s defensive history in the landscape today. Look for the square building at the head of the harbour behind the silver warehouses - this is Portchester Castle, a medieval castle built within a former Roman fort. Now look at the land just in front of the Spinnaker Tower – this is the headquarters of the Royal Navy. It was actually Henry VIII, over 500 years ago, who decreed Portsmouth should be the home of the Navy. Like many before him, he realised the protection the harbour offered, and establishing a naval base here confirmed Portsmouth’s destiny as one of Britain’s key cities.

Such an important centre for defence needed defending itself. If you look into the Solent between Portsmouth and the Isle of Wight you may be able to see a circular fort built on the water. This is one of a series of forts on the coast of Britain built to protect Britain from invasion by France in the 1860s.

However, by the time they were completed the threat of attack from France had passed, so they became known as Palmerstone’s Follies, after the Prime Minister who promoted their construction!

Climate change is a regular feature in our news bulletins today; as global temperatures rise, polar ice caps are melting and sea levels are rising. It is predicted sea levels could rise by as much as a metre around Britain by the end of the century.

This might not sound like much, but here it would mean much of Portsmouth would be lost underwater! Rising sea levels are a pressing concern for our island nation.

How did a sea level rise once turn the tide of Portsmouth’s fortune? Click to reveal the answer

Martin Haslett for creating the viewpoint and taking photographs

Ted Hatch for drawing the map

"The mouth or entrance into Portsmouth is narrow, and may be lock'd up with booms, which before the ships could break ... they would be torn in pieces by the battery at the Point" - Daniel Defoe

From shipping to shopping

Explore the regeneration and history of Portsmouth city centre

Explore another city shaped by its harbour