Why does this leafy, tranquil street end abruptly in the river?

Today this tranquil street is one of Marlow’s most desirable residential areas. Look around at the pretty, well-kept Georgian and Victorian houses where roses grow round the doors and a sense of peace prevails. 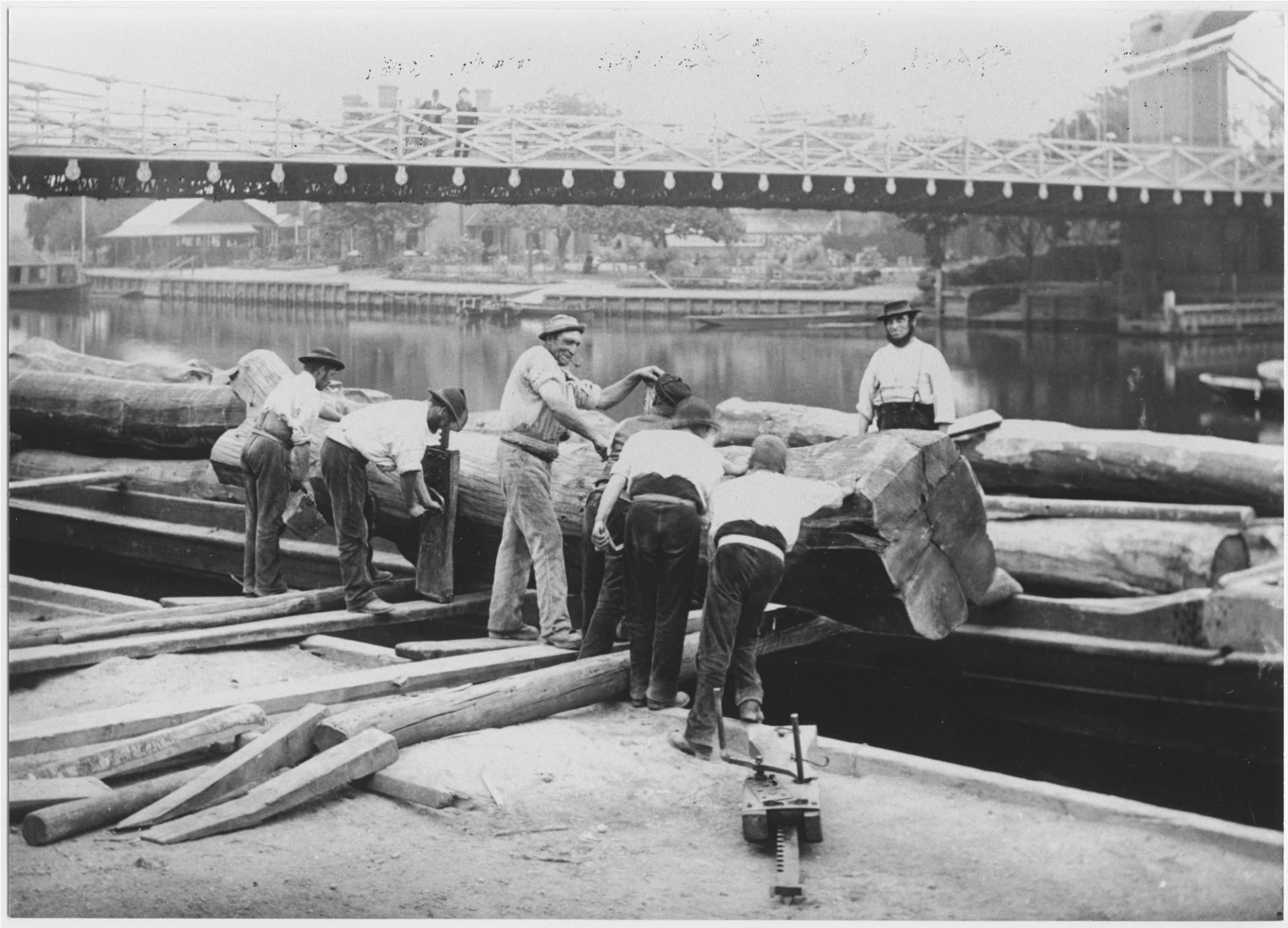 But if you think this has always been a quiet, leafy street then you would be mistaken. Marlow became an important riverside port in the Middle-Ages. From here vast quantities of locally grown grain and beech wood were loaded on barges. They were destined for London, some 57 miles downstream from here.

This small, seemingly insignificant street was the centre of this trade. St Peter’s Street was lined with wharves and warehouses. Now home to some of Marlow’s more affluent citizens it once housed bargemen, brewers and coal porters.

So close your eyes and imagine a very different St Peter’s Street. Noisy with the sounds of carts rattling up and down laden with goods, the cries of porters, the sights, sounds, smells of a brewery, the hustle and bustle of a working riverside dock.

But that still doesn’t answer the question of why St Peter Street ends abruptly by the river. To find the answer, we’ll need to turn detective and look for clues. At the end of the street look for ‘The Old Bridge House.’ This marks the site where a wooden bridge once spanned the river from here at the end of St Peter’s Street across to the lawns of the Compleat Angler hotel on the other side. 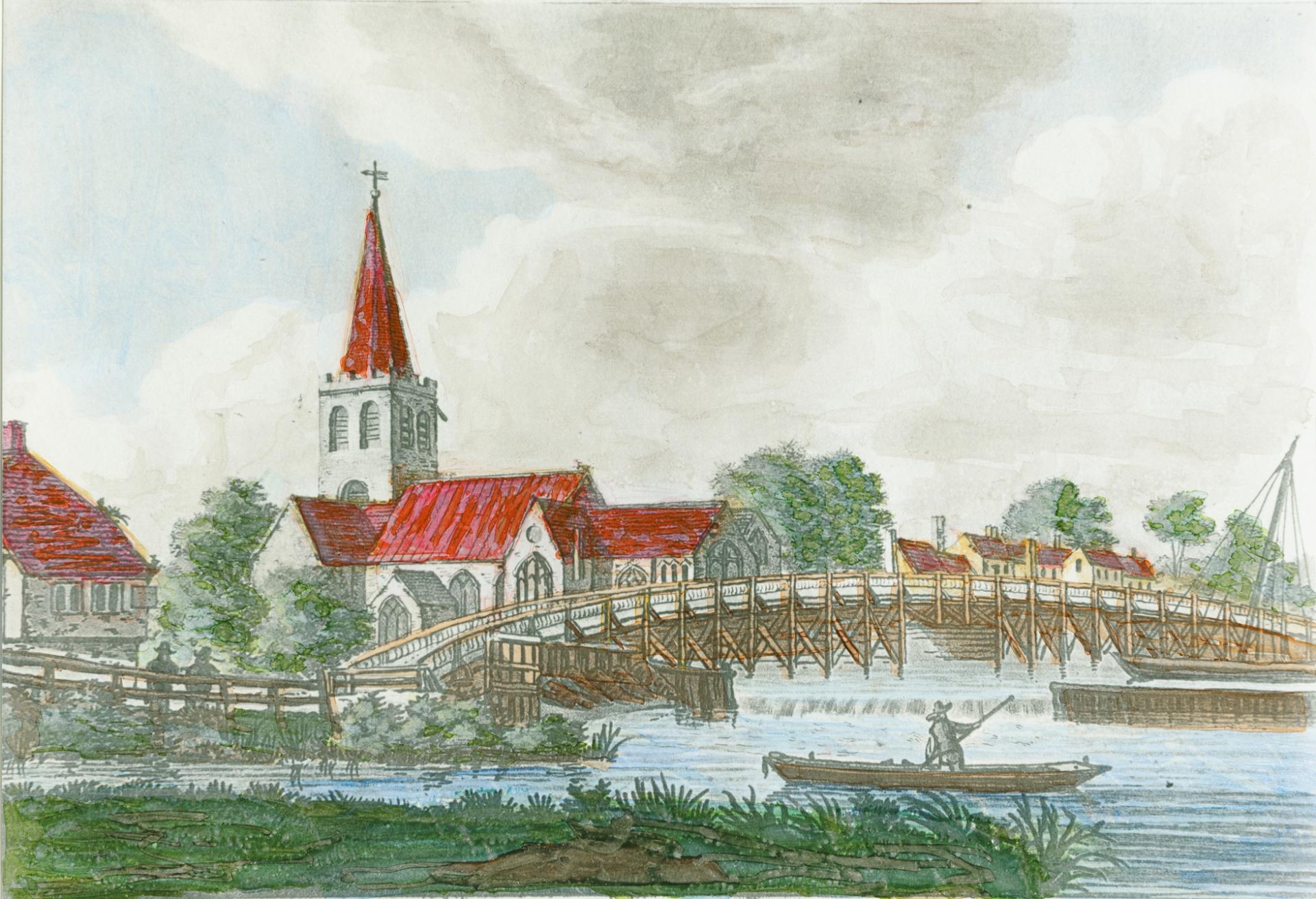 So instead of ending abruptly at the river, St Peter’s Street was connected to the London Road on the other side. This was once a vital crossing point, a connection between the two banks of the river where goods and people could cross the Thames.

If you look to your right across the river you can see the ‘new’ bridge that was built in 1873. When the old wooden bridge was superseded by its shiny new rival, St Peter’s Street became a dead end and began its transformation into the well-to-do quiet, residential area it is today.

What’s in a name?

While you’re here, see if you can find other clues to the past life of the street by looking at the house names. First find ‘The Old Malt House’. Malt is a key ingredient in making beer and this was the site of one of Marlow’s first breweries. Carting the malt, wood and other goods down to the river must have been thirsty work – St Peter’s Street once had as many as five pubs!

Now see if you can find a small cul-de-sac off St Peter Street called ‘Fisherman’s Retreat’. This hints of an age of Victorian leisure. There was once a guest-house here which advertised ‘a superior service for Boating and Fishing Parties’. Jerome K Jerome wrote his famous comic book about a boat trip down the Thames, Three Men in a Boat, almost next door at the Two Brewers pub which still survives today.

Off the deep end

Off the deep end

Marlow Bridge (1800s), by kind permission of The Marlow Society

Most streets are built to connect two places, to take you from A to B.

But this residential road in Marlow ends abruptly and disappears into the River Thames.

It seems like a mistake, or a dangerous joke!

Why does this leafy, tranquil street end abruptly in the river? Click to reveal the answer

"Marlow is one of the pleasantest river centres I know of. It is a bustling, lively little town." - Jerome K Jerome, Three Men in a Boat

Tales of a riverbank

Discover more of Marlow on a river ramble

Find out how its riverside location influenced the growth of Hull

Make a connection with road, river and rail