How has the woodland's role in our lives changed over time?

King's Wood is an example of a 'mixed woodland' - it's both an Ancient Woodland (containing trees that have been here since at least 1600) and some forestry plantation. The main species of tree you're likely to spot include Sweet Chestnut, Corsican Pine and Douglas Fir.

In the thirteenth century much of the woodland was cleared to create a hunting ground used by kings (Edward I, Edward II) and barons to chase fallow deer; introduced to Britain for sport by the Normans. Since then, the woodland has been actively managed and shaped by people for profit.

You might have noticed that in some areas of the forest the trees (mostly Sweet Chestnut) have been cut down to stumps. This is known as ‘coppicing’. Coppicing is an ancient practice dating back to the Stone Age. Every 10-15 years, the trees are cut a few inches above the ground to create new shoots that are cut for timber. 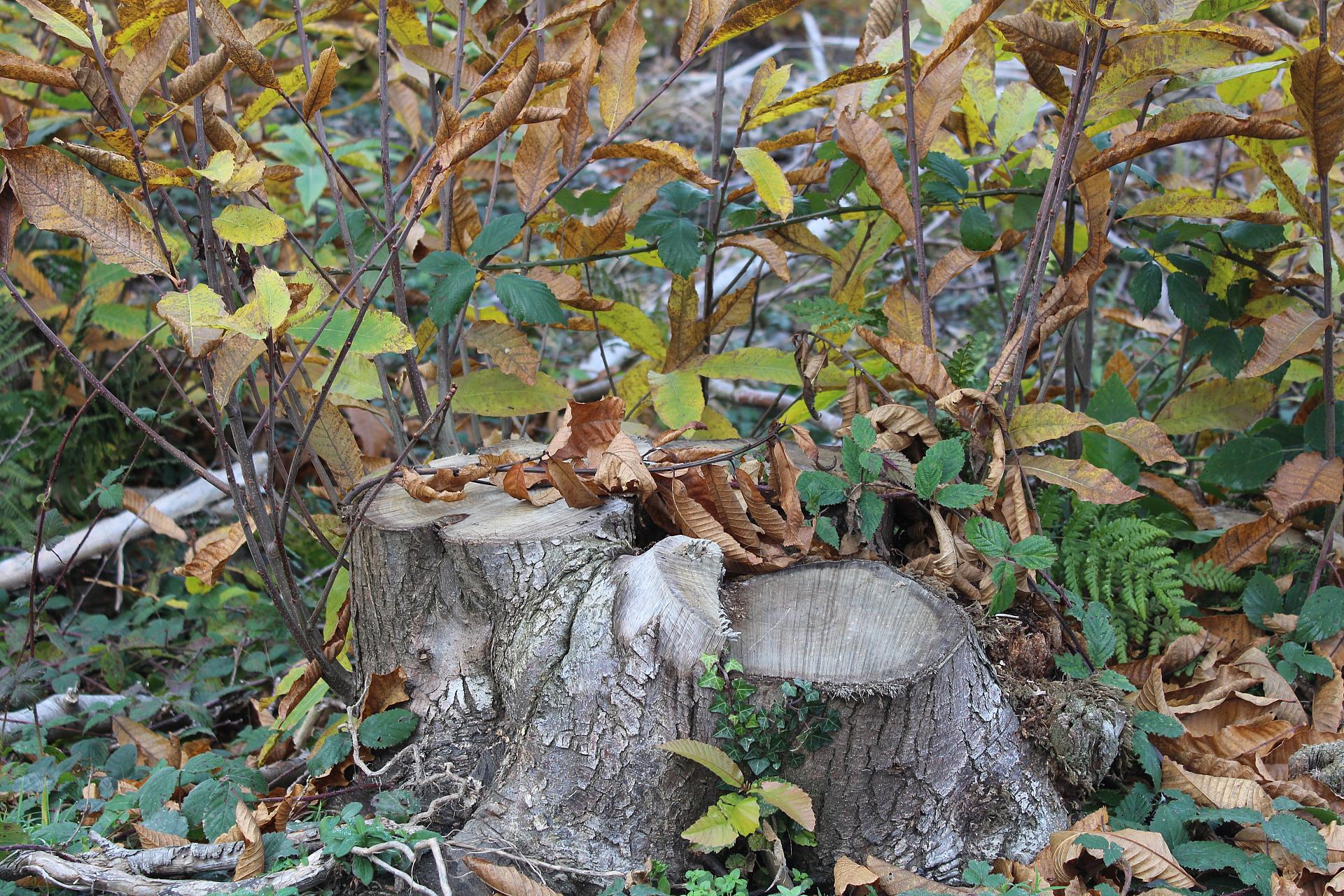 This wood still has many Sweet Chestnut trees. Their straight, smooth branches made it a popular tree for making hop poles. Still traditionally grown in Kent, hop flowers are trained up these straight poles, before being picked, dried and used in brewing beer - another ancient Kentish industry.

King's Wood has long been a productive forest: hazel trees were used for wattle and daub (an early mortar used in house building), oak was used for building houses and ships, ash trees were used to make tool handles and hornbeam was burnt to make charcoal. Brushwood was bundled for firewood and bracken was used as litter in cowsheds.

At one stage King's Wood was like an enormous outdoor factory! 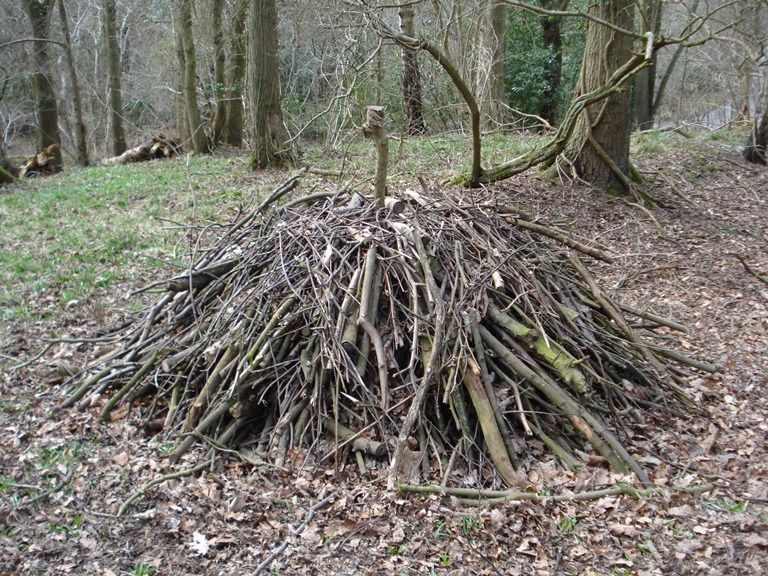 During the Second World War, the Women’s Timber Corps chopped down chestnut trees here to use as pit-props in the mines and cleared acres of the woods to make charcoal for gas masks.

Today we enter the woods for pleasure - for walking, fresh air and to savour a ‘natural’ habitat. As you enjoy the forest and its modern sculptures it’s worth remembering that these current artworks are part of a long tradition of woodland crafts that have sustained us throughout history.

The art of woodland

This striking object in this photo is part of a sculpture trail through King’s Wood. It’s one of at least 10 artworks installed in the forest, many of which are made of natural materials found in the woodland.

Look at the floral shape - does it remind you of anything? On the one hand its form echoes the natural shape of a flower head and stem, but it also looks a bit like a gramophone horn.

Inside a deep shaft beneath the sculpture, water drips through a series of bowls that ring out notes of music; like a gramophone, the sound emerges out through the petal shape on top.

This sculpture invites us to stop, listen and contemplate the woods around us. The other sculptures in the wood do the same. Though these sculptures are part of the forest’s recent history, in many ways they are part of a long story of woodland crafts that goes back centuries…

How has the woodland's role in our lives changed over time? Click to reveal the answer

“My house was once an acorn” - Roger Deakin, Notes From Walnut Tree Farm