There are over 150 million ash trees in Britain and they are the most populous tree in the Kent Downs AONB. From a practical and ecological perspective, ash trees play several important roles: they help with flood defences; contribute to air quality and provide a habitat, food and life support for almost 1,000 wildlife species.

In folklore, ash trees were thought to ward off evil spirits and have healing properties. Stories of sick children being passed through a cleft in the tree to cure them are recorded as late as the turn of the twentieth century.

For the Vikings, the ash was Yggdrasil, the World Tree, and it lay at the heart of their mythology and beliefs. The roots were said to reach down into the underworld, while the trunk reached up to heaven and the boughs spread out over the earth. A deer fed on its leaves and from its antlers flowed all the world's great rivers. 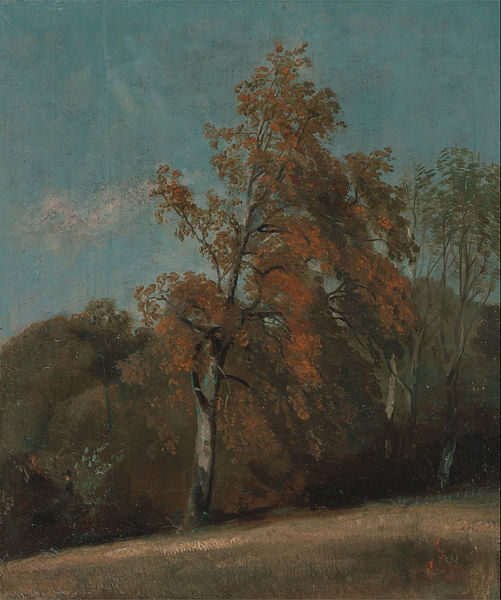 More recently, the war poet Edward Thomas celebrated them in poems including The Ash Grove and naturalist Roger Deakin eulogised the ash in his book Wildwood. The artist John Constable painted his favourite ash on Hampstead Heath while David Hockney’s recent canvases of the Yorkshire Wolds show a landscape populated with ash trees.

Yet due to the spread of a disease known as ash dieback, most of these trees will soon disappear from our landscapes and our lives. First recognised in Britain in 2012 from a batch of infected trees sent from the Netherlands, the disease has since spread, locally through spores carried on the wind or from transported logs and leaves.

The devastating rate of ash tree decline is caused by a fungus. In summer it attacks the leaves and produces spores. These are spread around the tree by wind and rain, causing more infections. The fungus attacks the crown (top) of the tree, which loses leaves, then eventually stops budding and dies.

At the moment, the scale of the ecological impact is unknown.  So while the ash is part of our past and present, is it part of our future?

If you have memories of ash trees, want to help with tree planting programmes or to find out more, visit the Ash Project.

How to spot an ash tree

In Spring, ash flowers appear from black buds, the flowers are purple, green and yellow and small clusters of leaves begin to appear.

In Summer, ash trees are in full leaf. Leaves are made up of small leaflets on either side of a long stem. There are 9 – 13 leaflets in pairs with one at the end. The leaflets are pointed and toothed, with hairs on the lower surface. Female trees will have large bunches of ash keys (seeds) that hang from the branches in clumps.

In Autumn, ash trees are amongst the first trees to lose their leaves. The leaves often fall while still green, but they may yellow slightly before falling. Ash keys fall from the tree in winter and early spring, and are dispersed by birds and mammals. 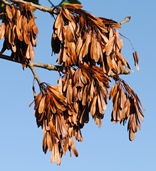 In Winter, ash trees are identifiable by their thick curving, grey twigs in opposite pairs and the small black velvety buds that appear at the ends. Ash bark is pale grey and is increasingly host to a variety of lichen.

Ash trees have long been a permanent fixture of our landscapes. We find them in parks and fields, woods and hedgerows, even urban streets.

We use their wood for making furniture while their leaves feed a variety of animals. Each tree supports a wealth of wildlife species, including wood mice, wrens, blue tits, bats, lichens, fungi and beetles.

Though ash trees are intrinsic to our daily lives, most people would be hard pressed to identify one. And over the next decade it’s predicted that up to 98% of our ash trees will disappear.

What is the future for the ash tree in Britain and why does it matter? Click to reveal the answer

"I love its natural flamboyance and energy, and the swooping habits of its branches; the way they plunge towards the earth, then upturn, tracing the trajectory of a diver entering the water and surfacing." - Roger Deakin