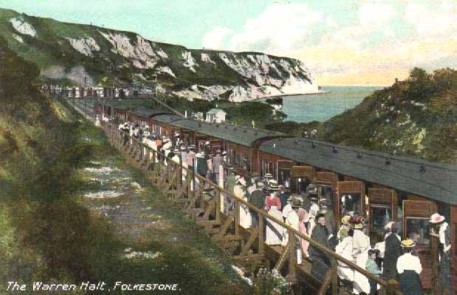 You’ve probably heard of the White Cliffs of Dover, well we’re standing on the same band of rocks. But instead of the bold cliff face looking straight out across the Channel, the view from here is of a much more hummocky, jumbled up piece of scenery.

And it’s the rocks beneath our feet that are responsible for the shape and fate of the Warren. Along this part of the coastline the famous chalk cliffs lie on top of a bed of Gault Clay. Over time, waves have washed away the soft clay at the bottom of the cliffs causing the chalk on top to collapse into the sea. But this not the full story, a series of huge landslides have also caused problems here.

Chalk is permeable, meaning that water can pass through it, whereas clay is impermeable so water collects on top of it. When it rains, water passes down through the chalk until it meets the clay, where it collects and lubricates the surface between the two types of rock. In times of exceptionally wet weather the chalk becomes waterlogged and therefore heavier. The weight above and the lubricated rocks below causes huge masses of the clay to slip towards the sea.  As a result the chalk above is tilted backwards and crashes down in a landslide. There were 12 major landslides between 1765 and 1939 and they are responsible for this jumbled scenery.

The worst landslide happened in December 1915.  Great rafts of chalk fell from the cliff, carrying away homes and burying the railway line. Luckily a train travelling from Ashford to Dover was running late and stopped just in time.

Look down at the large grey concrete area on the beach. Between 1948 and 1955, massive concrete ‘aprons’, a series of groynes and rock armour were put in place along the coast here. The sheer bulk of these concrete platforms stops the cliff slipping out to sea. The groynes limit the amount of material being washed away from the beach leaving the cliffs unprotected from the sea. 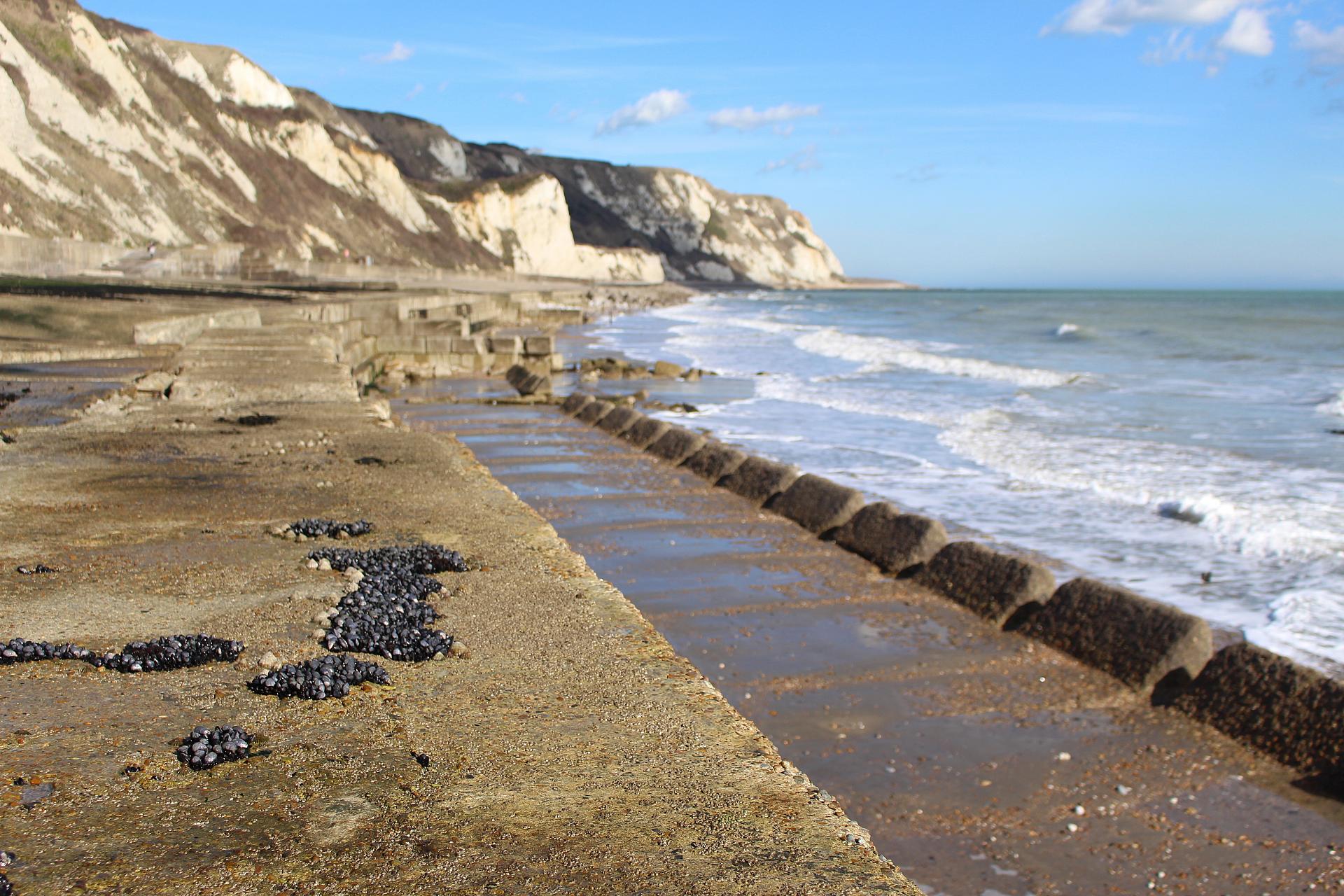 If you have time, it’s worth taking the ‘zig zag’ path down the cliff and going onto the beach for a closer look.

Man’s intervention and the loss of the natural coastline mean that the beach below isn’t as popular as during its Edwardian hey-day when day trippers flocked to bathe and promenade here. The gardens and ponds have reverted to scrub and though trains still use the line, the charming Folkestone Warren ‘halt’ is long gone. Like many of our changing landscapes, the fate of the Warren is shaped by the unseen forces beneath our feet.

On the night of the fateful landslip in 1915, a house known as the Eagle’s Nest slid almost one hundred feet down the cliff face. The house, its contents and the people inside remained completely intact, though they were unable to open the front door to escape. Instead they climbed out of the window to safety. Later the house was dismantled, carried up the cliff and rebuilt some way inland at Little Chart near Ashford.

Folkestone Warren, the railway and concrete sea defences with the harbour arm in the distance © Caroline Millar RGS-IBG Discovering Britain

From this amazing vantage point we have sweeping views across the English Channel. Straight ahead, just thirty miles away, is the coast of France. In the distance to the right you can make out the headland of Dungeness with its two squat nuclear power stations visible on the horizon.

Once upon a time, the area below us, known as Folkestone Warren, was a popular beauty spot. It had its own train station, tea huts, a children’s playground, ornamental gardens, ponds and a busy beach.

Today it’s become a much wilder landscape. Covered in thick vegetation, with a series of twisting paths down to the beach, it’s recognised as nationally important for its wildlife - home to over 150 species of birds and rare wildflowers.

Each vertical centimetre of the chalk cliff took 1,000 years to form!

Discover the changing coastline at nearby Rye and Winchelsea