How did this ugly concrete lump on Kent’s coast help to defend the capital?

This concrete dish was once part of Britain’s national defence strategy. Known as ‘sound mirrors’ or ‘listening ears’, objects like this were used during the First World War and beyond to detect enemy aircraft.

Notice the bowl-shaped hole scooped out of the centre. This concave shape was deliberately designed to ‘catch’ sound waves coming from approaching planes. The sound waves were then relayed back through microphones to an operator, who could raise the alarm. This gave the military a fifteen-minute warning and time to organise their anti-aircraft defences. 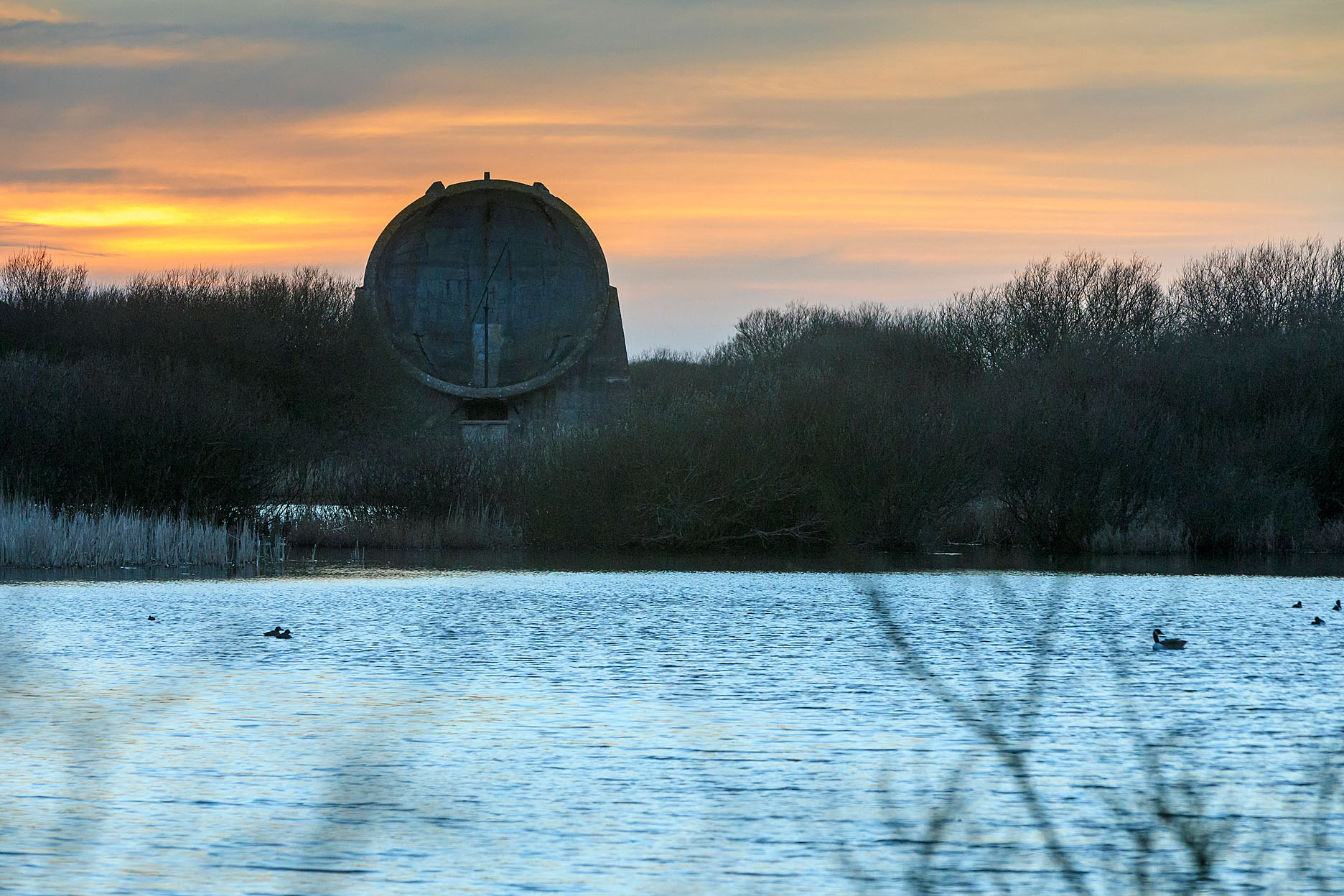 Several sound mirrors were built along England’s east coast - in Kent, Yorkshire and Durham - to detect airborne threats from across the Channel and North Sea. The one here at Abbot’s Cliff, built in 1928, is one of seven in Kent alone, strategically positioned to detect aircraft aiming to attack London.

The system was never really successful however. Weather conditions affected how the sound waves were detected. Developments in aircraft design meant faster planes would already be too close for the ‘ears’ to hear them. In 1939, the invention of radar effectively drowned out the listening ears.

Now abandoned, they still stand sentinel along our coast. These days they attract the attention of psychogeographers and military historians. Fashion photographers use them as the backdrop for their shoots and bands including Turin Brakes, have featured them on their album covers.

This large, square piece of concrete with a circular hole scooped out of it looks like a modern sculpture. Yet there’s nothing nearby to tell us the artist or any information panel to read. Without a clue to what it’s for, it towers over us mysteriously, rather like the monolith in Stanley Kubrick’s film 2001.

Here on the North Downs Way between Folkestone and Dover we are just 20 miles from the French coast. This might offer a clue as to its function.

How did this ugly concrete lump on Kent’s coast help to defend the capital? Click to reveal the answer

"...spectacular remnants of a dead-end technology on the British coast" - historian Andrew Grantham

Out on a Lympne

How was Romney Marsh a gift from the sea?

Walk along the course of Folkestone's lost river

Discover the wild beauty of Britain’s only desert

Why is there a church without a village on Kent's Romney Marsh?