Why is Fairfield church marooned alone on the marsh?

Around 10,000 years ago after the last Ice Age this whole area would have been under water. Over time, sand and shingle deposited by the waves formed islands and spits of land. A barrier of shingle built up between Dymchurch and Dungeness.

Behind this barrier saltwater lagoons were created. As they silted up further these lagoons became salt marshes. Look at the map below dated c1200 to find the growing shingle barrier at the mouth of the sea and the areas of high and low land. Fairfield is marked just on the edge of the shoreline (click on the map to enlarge). 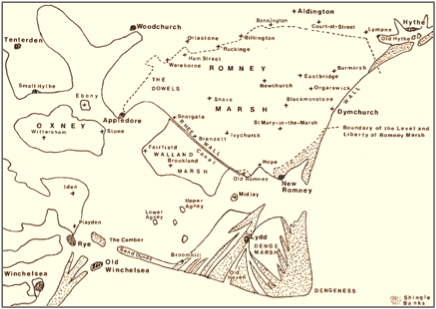 Fast forward to the twelfth century, and as the population rapidly expanded more land was needed for food.

The monks of Christchurch College in Canterbury began a programme of land reclamation to transform much of this area of Romney Marsh from marshland to productive fields where sheep could be grazed and crops grown.

From here outside the church, take a look around you and you’ll see that the church is practically on an island surrounded by these long, straight water channels. These are not natural rivers but ditches dug by hand to drain water off the land. 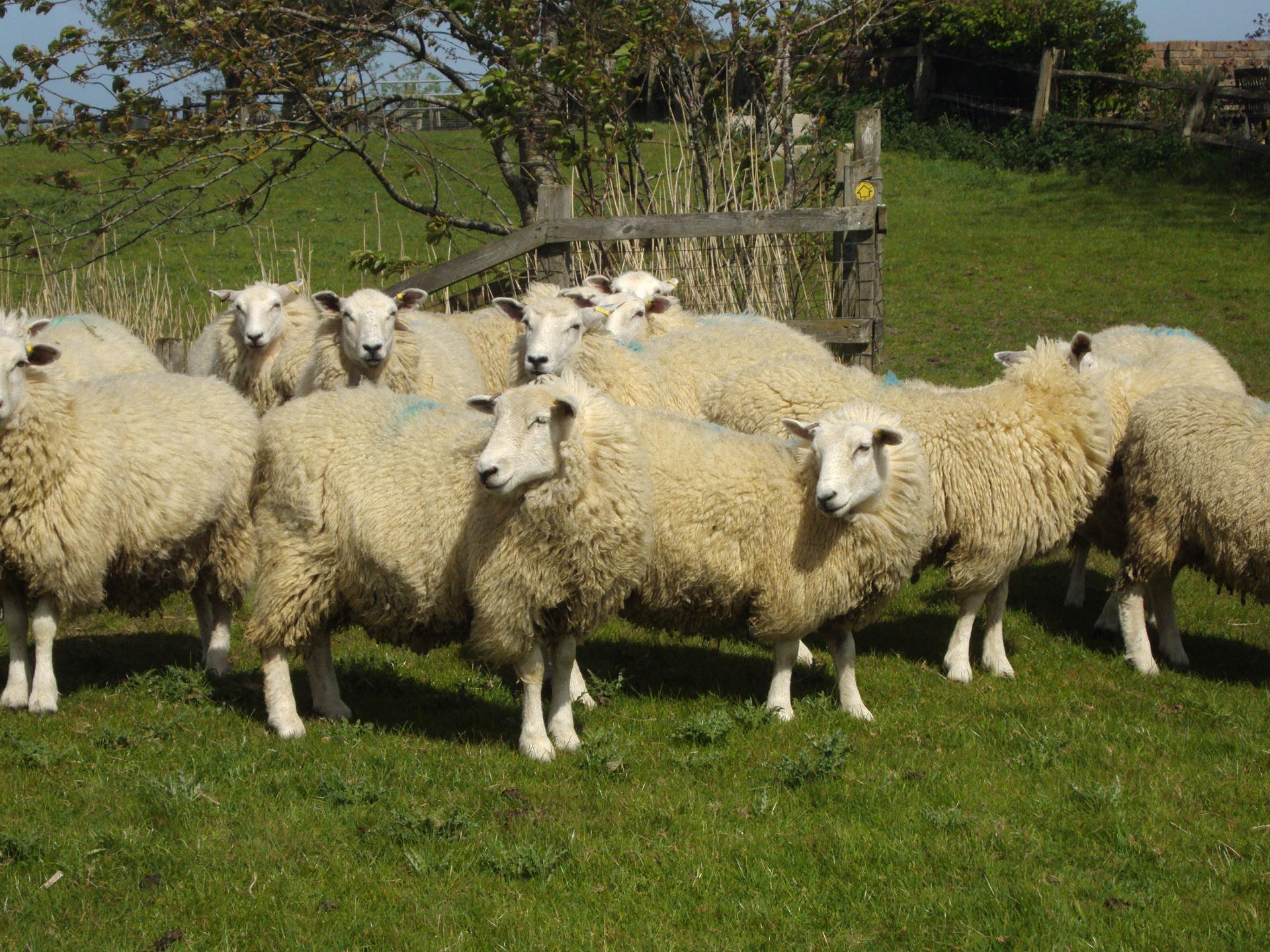 Not only were the marshes still prone to flooding but the Black Death which hit Europe in the fourteenth century had a deadly impact. The population of those living in villages like Fairfield was halved.

Hundreds of farm workers died (the landowners who could afford to live on higher land were less affected) and the village was deserted leaving just the church marooned alone on the marshes. 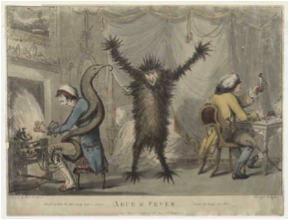 You’d normally expect to see a parish church like this one at Fairfield nestled in the heart of a village, but St Thomas a Becket stands completely isolated in the middle of a lonely field.

Other than the bleat of Romney sheep or the occasional duck quack there’s no sign of life.

Why is Fairfield church marooned alone on the marsh? Click to reveal the answer

Remote and isolated Fairfield Church was used by smugglers to store their contraband brandy, tea, tobacco and fine silks!

Find evidence of another 'ghost village' in Oxfordshire

Discover the changing coastline at nearby Rye and Winchelsea