Why do we find a ‘ghost’ stream in the Elham Valley?

The Elham valley ‘bourne’ is one of three intermittent streams which appear in the East Kent Downs (with two more at nearby Alkham and Petham).

The clue to their quirky character lies in the chalk geology that forms the local landscape. The porous chalk bedrock acts like a huge sponge soaking up water from the surface in vast underground aquifers.

Only after particularly wet years and after successive seasons of high rainfall do the ground water levels rise high enough to emerge through the network of fissures and cavities in the chalk, materialising as springs and flowing as the intermittent surface streams known locally in East Kent as ‘nailbournes.’ The origin of the word may come from the old English word ‘nahl’ for intermittent, and ‘ail’ meaning trouble. 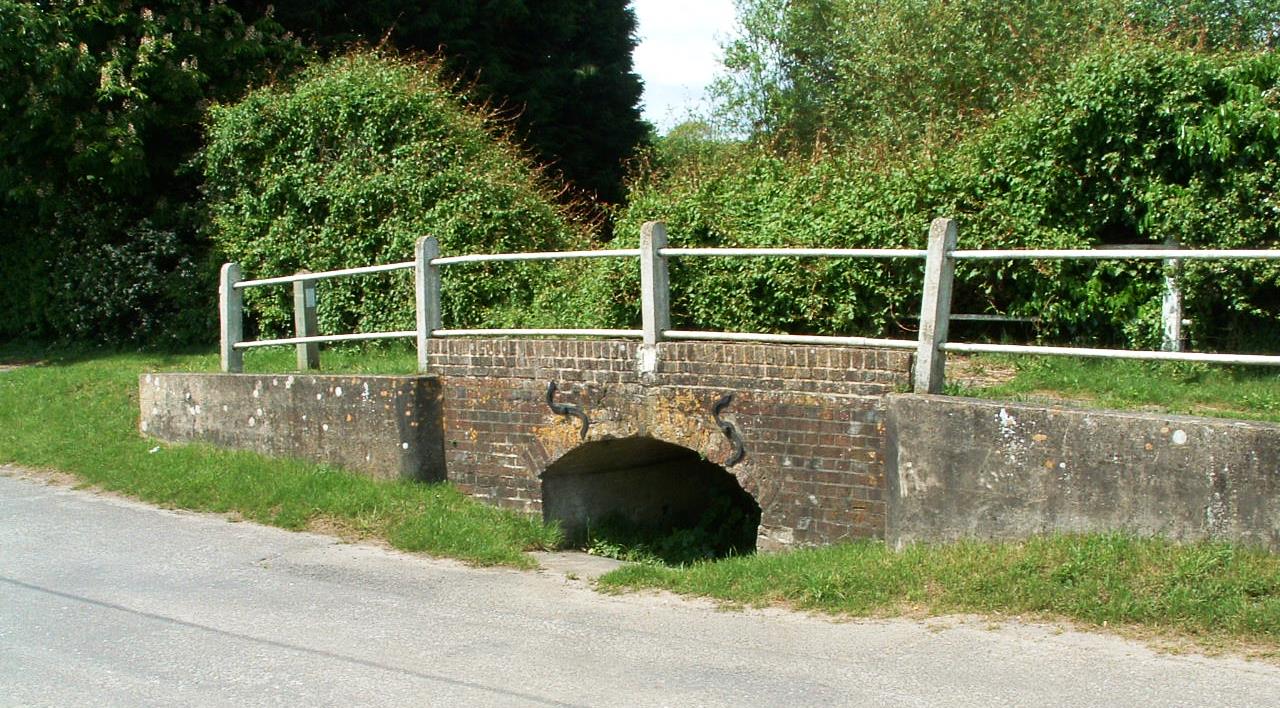 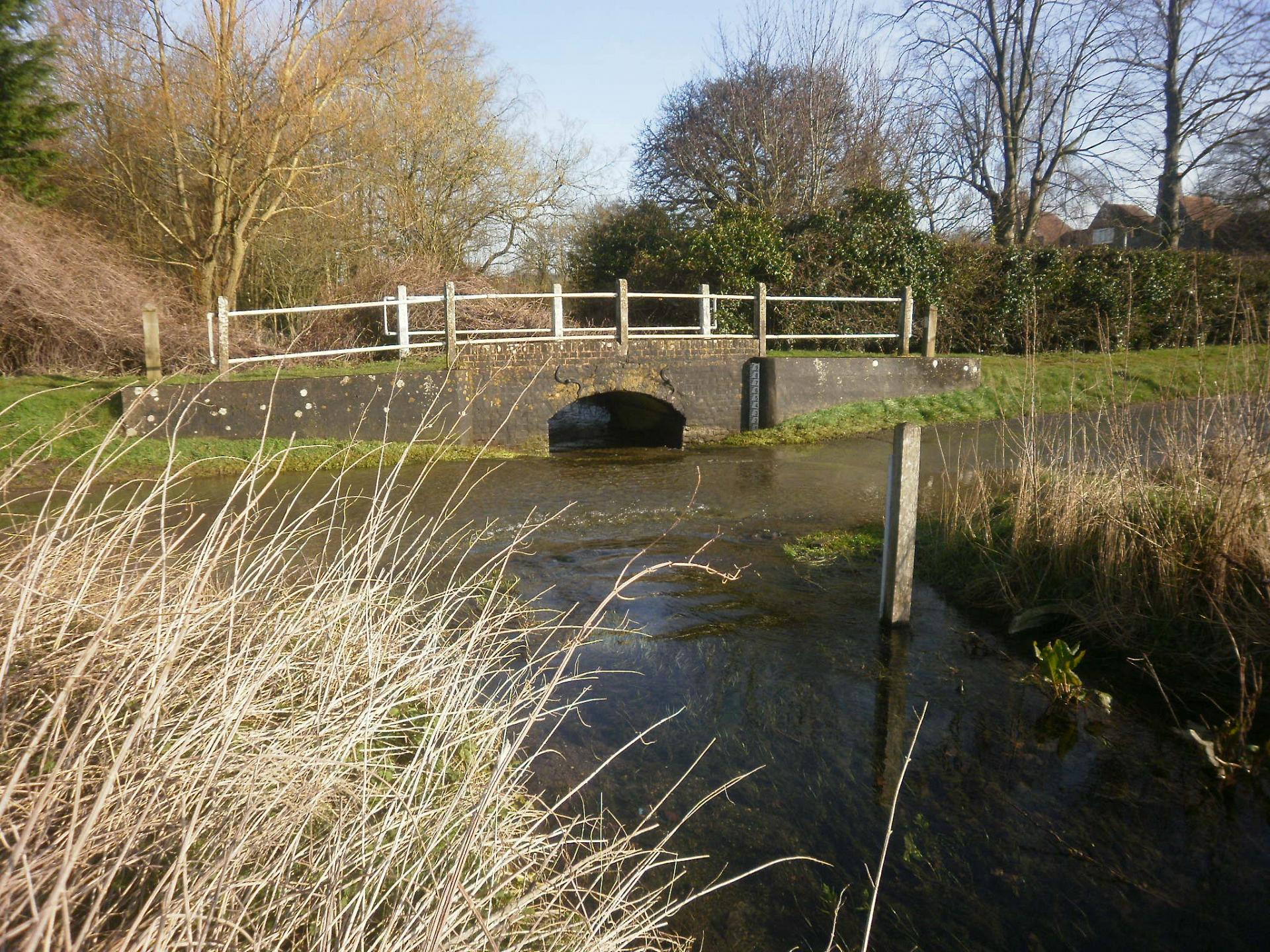 The streams are ‘ghosts’ of an ancient landscape. Ten thousand years ago during the last Ice Age, a huge ice sheet covered most of Britain. Though it didn’t reach this far south, the Ice Age created tundra like conditions (just like in Alaska today) and froze the chalk on top of the Downs.

When the glacial ice melted, the ground underneath was still frozen hard. Instead of draining through the chalk and going underground, the torrents of meltwater washed out the softer soil and rock to form the valleys we are familiar with today.

For centuries the popularly held belief was that the nailbournes rose once every seven years and that their appearance would bring bad luck and disaster, giving them the name ‘woe waters’. Even in late Victorian times when early geographers had begun to put forward scientific theories for their occurrence, local folklore and superstitions still prevailed. The rising of the Elham nailbourne in the spring of 1935 was widely supposed to have been a portent of the death of King George V. 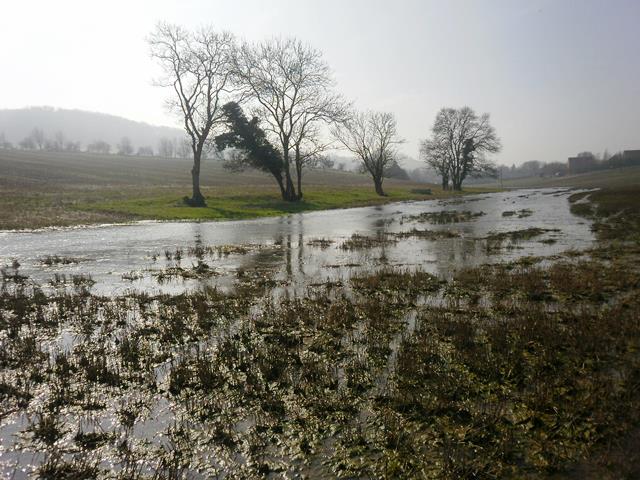 The association with bad luck and misfortune may originate from the legend of St Augustine and the pagan gods. The arrival of St Augustine in Kent in 597 AD coincided with a period of dry summers and winters, leading to poor harvests.  Locals who had converted to Christianity, became sceptical of the new religion but when Christian priests prayed for rain a spring gushed forth from the spot where St Augustine had knelt, transforming the parched Elham valley into a green fertile landscape.

The old pagan gods however fought back and the stream dried up, whereupon the ‘angel’ of the bourne descended and the stream returned. It is said that the battle rages to this day,  and so explains the periodic recurrent appearances of the stream.

Although the mystery and superstition of the nailbourne risings has been explained away by science their unpredictable appearances continue to fascinate and hold a special identity with the villages and hamlets through which they pass.

The Elham nailbourne is believed to have been the inspiration for the ‘Magic River’ which appears in several of local illustrator Mary Tourtel’s ‘Rupert the Bear’ stories. 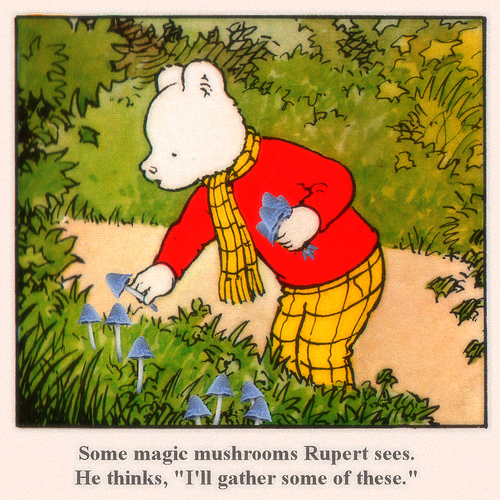 The unpredictability of the nailbourne flows has always meant that land, roads and property in the valley is periodically flooded.

At Derringstone the valley lane doubles as a makeshift stream bed while elsewhere long-forgotten ditches and channels can suddenly become raging torrents of water overnight.

Ever-increasing village populations bring both expectations for better flood protection and higher demand for groundwater abstraction.  Can the natural unpredictability and untamed character of the nailbourne streams be preserved in the 21st century or should the social and economic needs of a growing population take priority ? 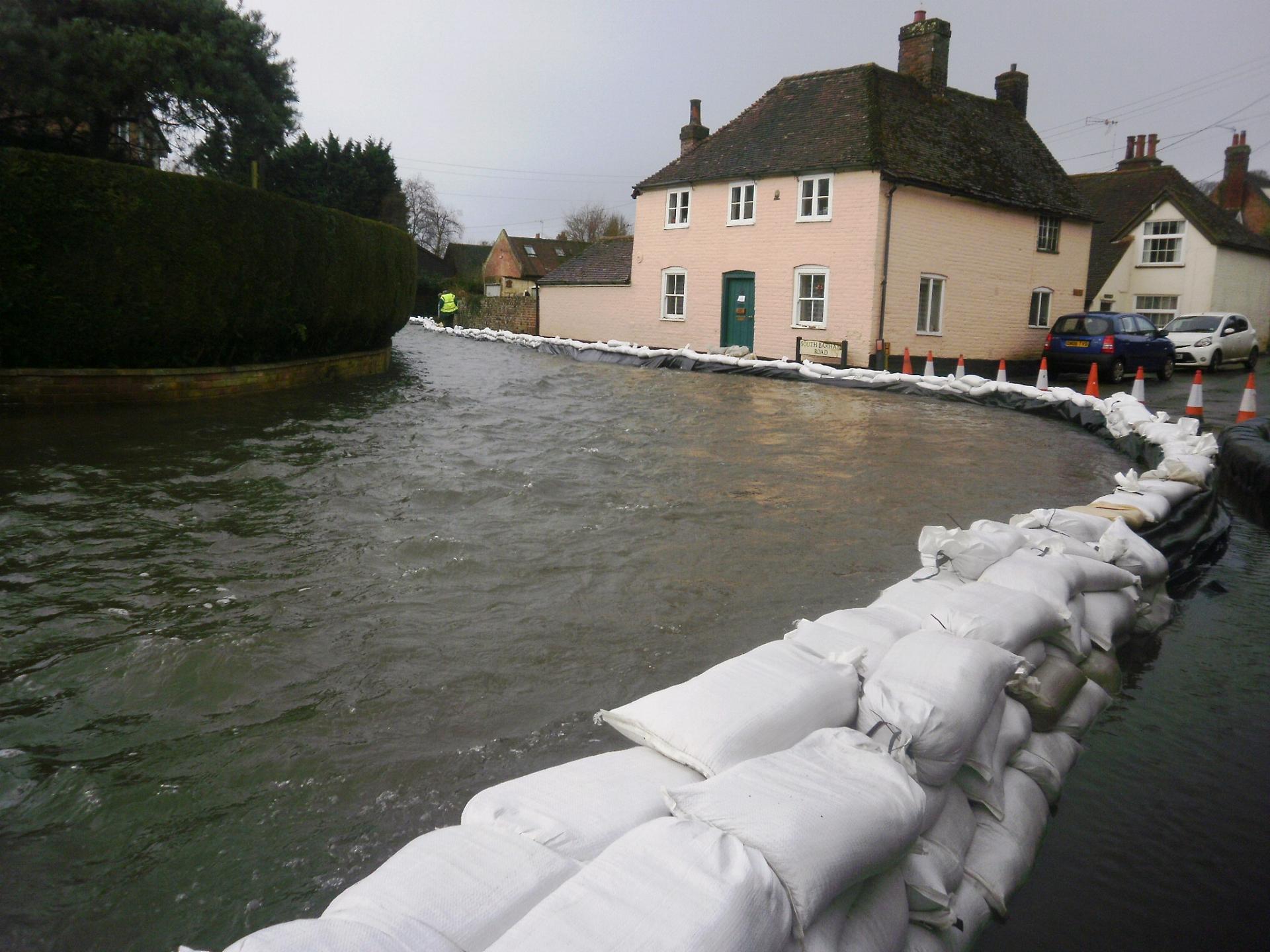 The wooded hills of the Elham Valley © Dan Tuson

Tucked away in the heart of the East Kent Downs the Elham Valley is home to a rare and unusual visitor of the watery kind.

Out of sight for years at a time, the rising of the Nailbourne stream is always a fascinating spectacle, transforming the gentle valley pastures and coursing a fast flowing torrent through quiet villages, lanes and farmsteads.

Never outstaying its welcome, its disappearance is as magical as its arrival and before too long the valley bottom is returned to a dry and ‘water-less’ state without any trace of stream or river to be found.

Why do we find a ‘ghost’ stream in the Elham Valley? Click to reveal the answer

Dan Tuson for writing and photographing the viewpoint. Dan is a Kent-based writer and photographer with a strong interest in countryside matters.

“Their time of breaking forth or continuance of running, is very uncertain; but whenever they do break forth, it is held by the common people as the forerunner of scarcity and dearness of corn and victuals." - Edward Hasted, The History and Topographical Survey of the County of Kent, 1797-1801

Explore the changing coastline between Walmer and Deal