What is the meaning behind this group of stones in the foothills of the North Downs?

Known today as the Coldrum Stones, this is an ancient tomb. It dates from around 6,000 years ago to the Neolithic or New Stone Age, when our ancestors evolved burial practices to dispose of and honour the dead. This ancient site is over a thousand years older than Stonehenge!

Unlike a modern-day graveyard the tomb was used to bury bones rather than bodies. Archaeologists (and treasure hunters) have uncovered the bones and skulls of at least 20 people here, including members of the same family. 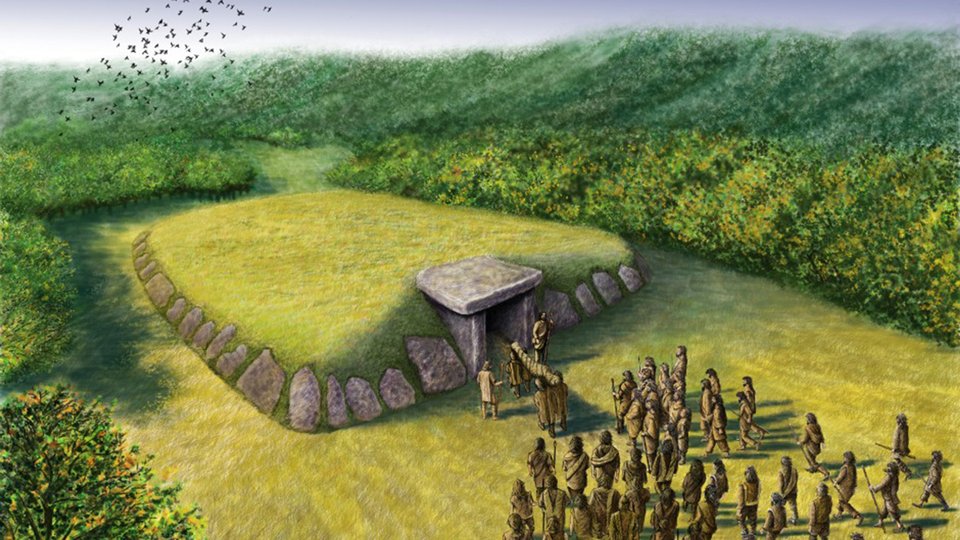 Surviving Neolithic settlements are rare (Skara Brae in Orkney being a notable example) but our landscapes are dotted with their communal burial sites. They are marked on maps as barrows, cairns, megaliths, tombs and dolmens.

Tombs like these were shrines to ancestors, who still played an important role in the society and customs of the Neolithic people. This veneration of the dead meant their houses proved more permanent than those of the living.

The riddle of the stones
This is still an evocative site, regularly used to celebrate the solstices and equinoxes. If you're here at dawn on May Day you'll see a traditional Morris dance. Much of the site has been lost however, partly thanks to our changing ideas of religion.

During the Medieval period, burial places like Coldrum were considered un-Christian. This meant that people did what they could to remove all trace of them. At Coldrum, stones were deliberately removed and the ground was levelled to make it less visible. 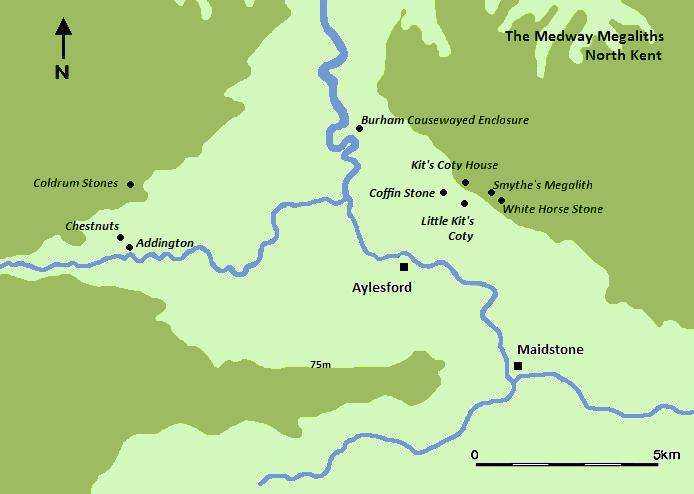 Medway megaliths
The Coldrum Stones are the best preserved of the ‘Medway Megaliths’,  a cluster of seven Neolithic sites that reveal the Medway valley was home to a pioneering community of early farmers.

We still have these relics from the past thanks to superstition. According to folklore, farmers who tried to clear the sites had their livelihoods ruined for moving the stones!

On the footslopes of the North Downs, near the small village of Trottiscliffe, is a ring of flat recumbent stone slabs surrounding an earthen mound.

At one end, overlooking the valley, a group of larger stones form a portal or doorway into the earth. Today it’s hard to make out just what this site might be...

What is the meaning behind this group of stones in the foothills of the North Downs? Click to reveal the answer