Why should we raise a toast to this small orchard in Kent?

Wander around Cherry Downs and a couple of things might strike you. It doesn’t feel like a traditional orchard: the trees aren’t planted in rows and they’re all rather small. This is a new community orchard, planted by the Mid Kent Downs Orchards Project, to celebrate the area’s rich fruit growing heritage. 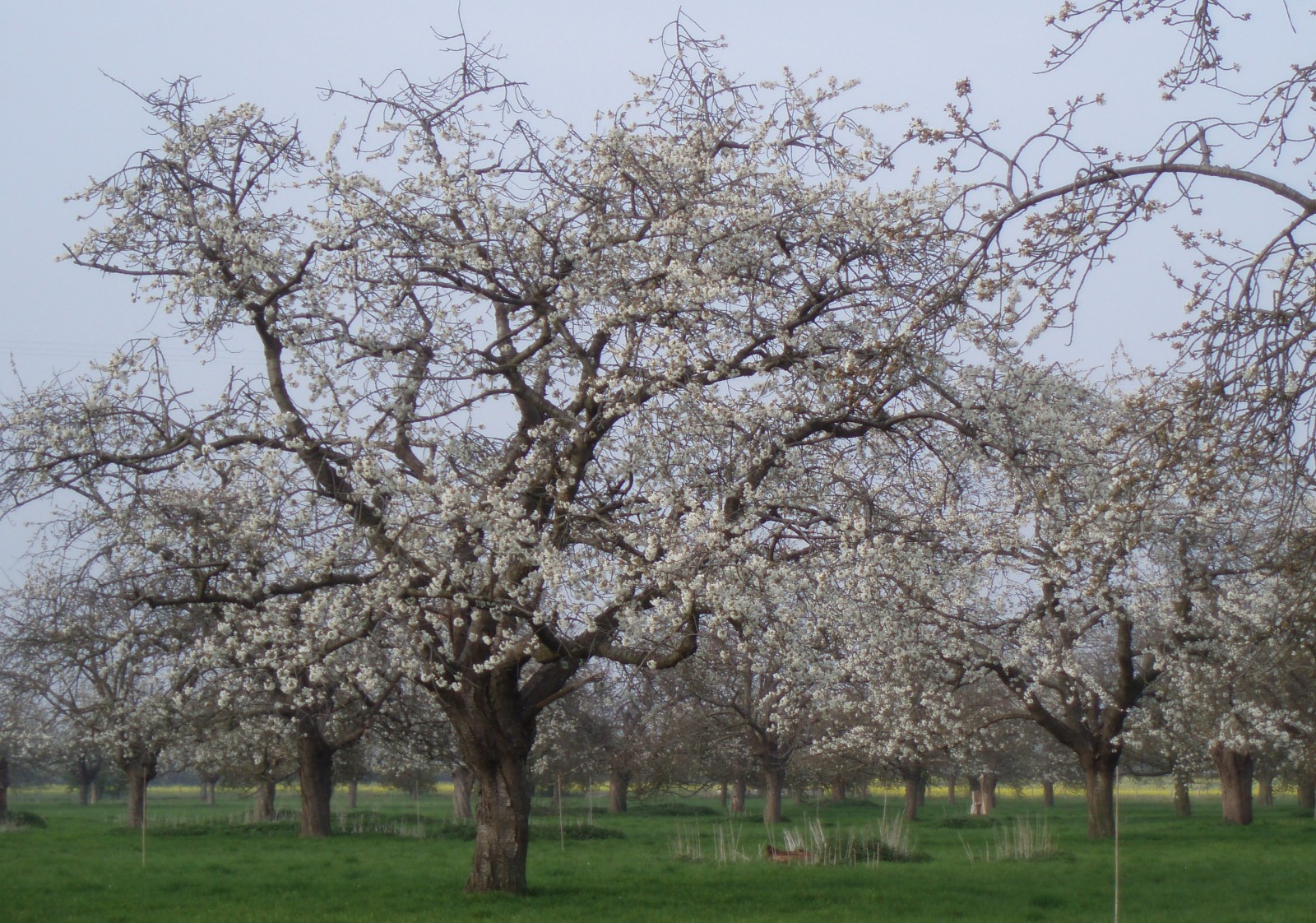 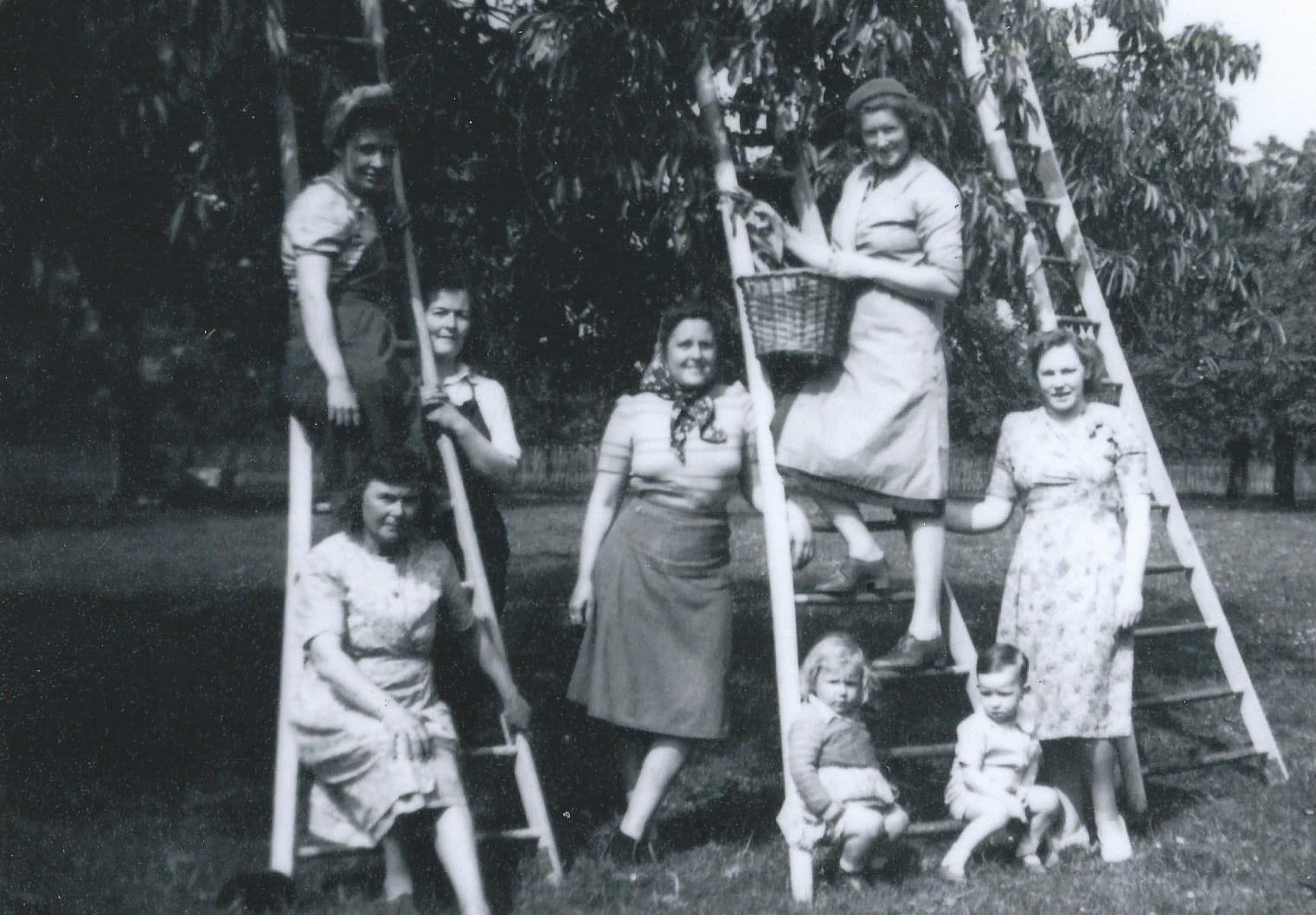 Along with different varieties of both sweet and sour cherries, including the local Morello and Bradbourne Black, the orchard has been planted with varieties of apple trees, pear trees and cobnuts, all once native to this part of Kent.

This small orchard is just a tiny slice of what once made the county the ‘Garden of England.’

The view from here today, out across rectangles of farmers’ fields is pretty enough. But if we had been here at least a hundred years ago it would have been full of fruit trees, especially cherries. Hung with pink and white blossoms in spring, alive with the shouts and laughter of the men, women and children who picked them in summer, this would have been a very different place.

Many people employed in the orchards picked cherries for a local business that put Lenham on the map: Grant’s Morella Cherry Brandy. In the late nineteenth century, Kentish born Thomas Grant purchased orchards containing over 20,000 cherry trees. Along with wild cherries growing in the hedgerows, he used them to distil a cherry liqueur at his purpose-built factory near Lenham station.

While the factory is no longer here at Lenham and the number of traditional Kentish orchards has shrunk, places like Cherry Downs offer us a chance to enjoy and celebrate varieties of fruit that have all but vanished from view.

Kent’s association with cherries goes back almost to prehistory. When the Romans invaded Britain in 43 AD they found varieties of wild cherry already growing here. Later they introduced the sweet, cultivated cherry to our shores. Kentish cherries have been celebrated in fourteenth century rhymes and seventeenth century folk songs.

Under orders from Henry VIII, a new fruit nursery stretching over 105 acres was established at nearby Teynham. During the seventeenth and eighteenth centuries the area between Rochester and Canterbury - with its fertile loamy soil made from Thanet sands, chalk and brick earth - became a huge fruit belt. Kent became known as the ‘Garden of England.’ 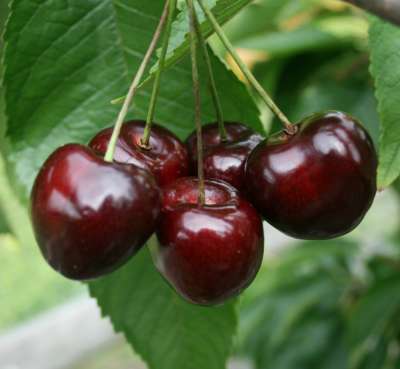 A taste of cherry

A tempting bowl of Kentish cherries © Kent Orchards for Everyone

Tucked away on a tiny B-road off the North Downs Way, you might not notice this small orchard.

But take the time to seek it out and you'll be richly rewarded.

Walk through the rustic iron gate decorated with cherries and blossom and you’ll enter a slice of Kent’s lost heritage...

Why should we raise a toast to this small orchard in Kent? Click to reveal the answer