Why has this heavenly Hampshire heathland been overlooked?

Measuring about 30 hectares, Castle Bottom is a relatively small lowland healthland area, dwarfed by the larger Yateley Common. This well-known and much visited sister site, spanning three times the area of Castle Bottom, is located just 2km east. But Castle Bottom stands apart. It represents a patchwork of open heathland, woodlands, and some of the most important valley mires in southern England. 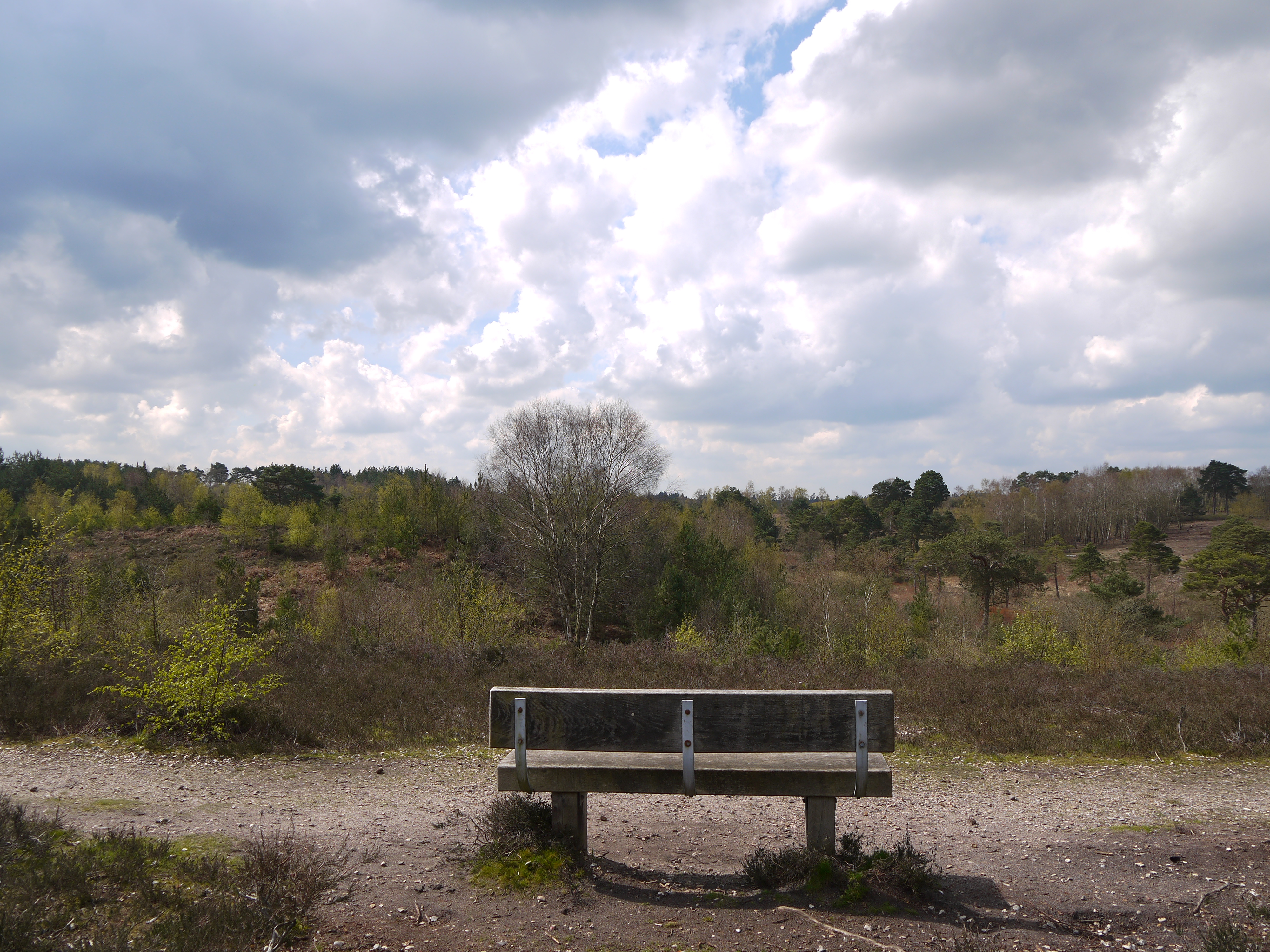 Before it’s designation as a protected Site of Special Scientific Interest (SSSI) in 1979, Castle Bottom was a rather secret location. Even many of the local residents had, and still have, no idea of its existence.

Looking out over the beautiful view in front of you, it may be hard to believe that heathlands were once considered wastelands. Their soils are generally low in nutrients and Castle Bottom was only ever classed as fit for rough grazing of pigs.

Previously owned by a quarry company, this site is now under the care of Hampshire County Council. Had this change in ownership not taken place, it is possible that this picturesque reserve would have resembled the barren pit of the quarry you saw on your walk here. Restored as a heathland, it can now play its part in supporting a uniquely wide range of plants and animals, some of which are only found within such habitats.

Now let’s look to its neighbour for more clues.

Whilst the larger, more obvious presence of Yateley Common is situated between the busy towns of Yateley and Blackwater, the smaller Castle Bottom is concealed in a sparsely populated area between towns; the perfect hiding place for this small green gem.

As common land, the Yateley heathland is frequented by many visitors, including horse riders, cyclists and dog walkers. This is in stark contrast to Castle Bottom; a small, secluded area of a more delicate nature, and its protected status preventing horse riding and cycling. However this also adds to its value - being able to move through it on foot is an immersive experience, giving the impression that you could be in the middle of nowhere rather than nestled between urban developments and houses.

Lowland heathland is now considered by some ecologists and environmentalists to be more threatened than the rainforests and so with the help of the Yateley Rangers and volunteers this treasure has been restored and maintained as the beautiful and rare heathland landscape you see today – a real hidden haven for its visitors and natural inhabitants alike.

Concealed by its changing status and secluded location, Castle Bottom is a treasure waiting to be discovered; a worthy reward for those eager to explore.

This site is so distinctive that it has been chosen as the residence of a bird which returns here every year in the summer from wintering in Africa: the nightjar (whose call resembles that of an old-school internet dial up tone!)

If you also look closely at some of the silver birch trees you may find that they are not birch at all! With very similar leaves, Aspen, or Poplar trees, are home to the Poplar beetle - another mis-identified species. At first glance it may appear to be a ladybird, but if you look closely is has no spots. 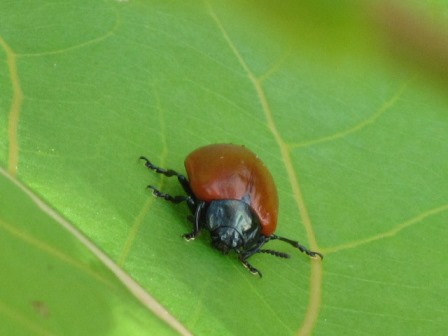 If you see this beetle on what you think is a birch, you know for sure it is actually a poplar tree instead.

Sat at the bench, you are at the highest point of Castle Bottom, looking out over the Nature Reserve. It is a mosaic of different colours and textures, from the dark feathered pine and soft scattered birch, to the low earthy brown of open heathland which explodes into violet celebration in the summer. The undulating horizon of trees plunges down into valley below, lined with orange bog plants which mark the river; the life blood of the reserve.

Now close your eyes. You can hear the bird’s chorus; an incessant song of countless natural languages. But if you listen closely, you can also hear the steady whoosh of distant traffic. This is the subtle reminder that Castle Bottom is only a small green oasis hidden within a much wider urban landscape.

Why has this heavenly Hampshire heathland been overlooked? Click to reveal the answer

Alice Bailey for creating and photgraphing this viewpoint - a Geography BSc student at Royal Holloway, University of London and RGS (IBG) Geography Ambassador

Jo Kemp  for advice on the text

"Castle Bottom to Yateley Common comprises the largest remnant of heathland habitat together with the largest valley bog/heathland complex in the north-east Hampshire section of the Thames Basin" - Notification as a Site of Special Scientific Interest (SSSI), 1979

Oh I do like to be beside the seaside?