Why is Rannoch Moor so waterlogged?

At an average altitude of 300 metres, Rannoch Moor is a grand plateau (expanse of high land) covering an area of about 50 square miles – this is just a bit smaller than Glasgow! So how did such a large upland area become so waterlogged?

For the answer we have to delve under the bog.

Beneath the watery surface of Rannoch Moor lies a hard rock called granite. Granite is impermeable, which means water cannot easily soak through it but collects in pools on top. But why doesn’t the water simply run away? 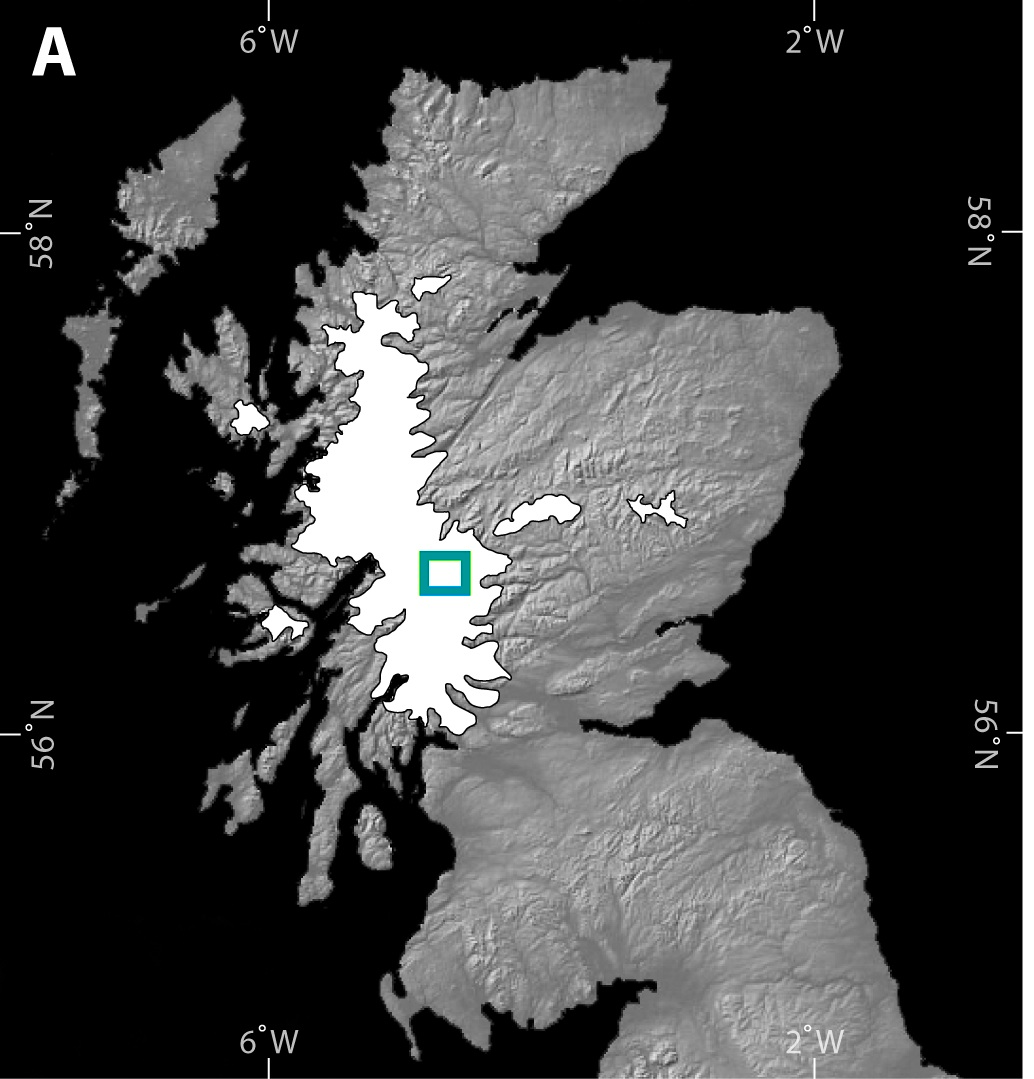 To understand this we need to go back to the end of an Ice Age, approximately 12,000 years ago, when much of western Scotland was covered by a large ice cap. The centre of the ice cap was over Rannoch Moor and in some places the ice was more than 400 metres thick (the height of the Empire State Building)!

Although ice sheets look vast and immovable, ice does flow inside them very slowly. Over the years, the movement of the ice scraped out holes in the tough granite. Pieces of the rock and sand scoured away by the ice then became frozen within the ice cap.

When the climate improved and the ice melted, the fragments of rock and sand were scattered across the granite. This left a landscape with lots of hummocks where the rocks had been deposited, and lots of holes where the granite had been gouged out. The holes filled with water creating lochs and lochans. 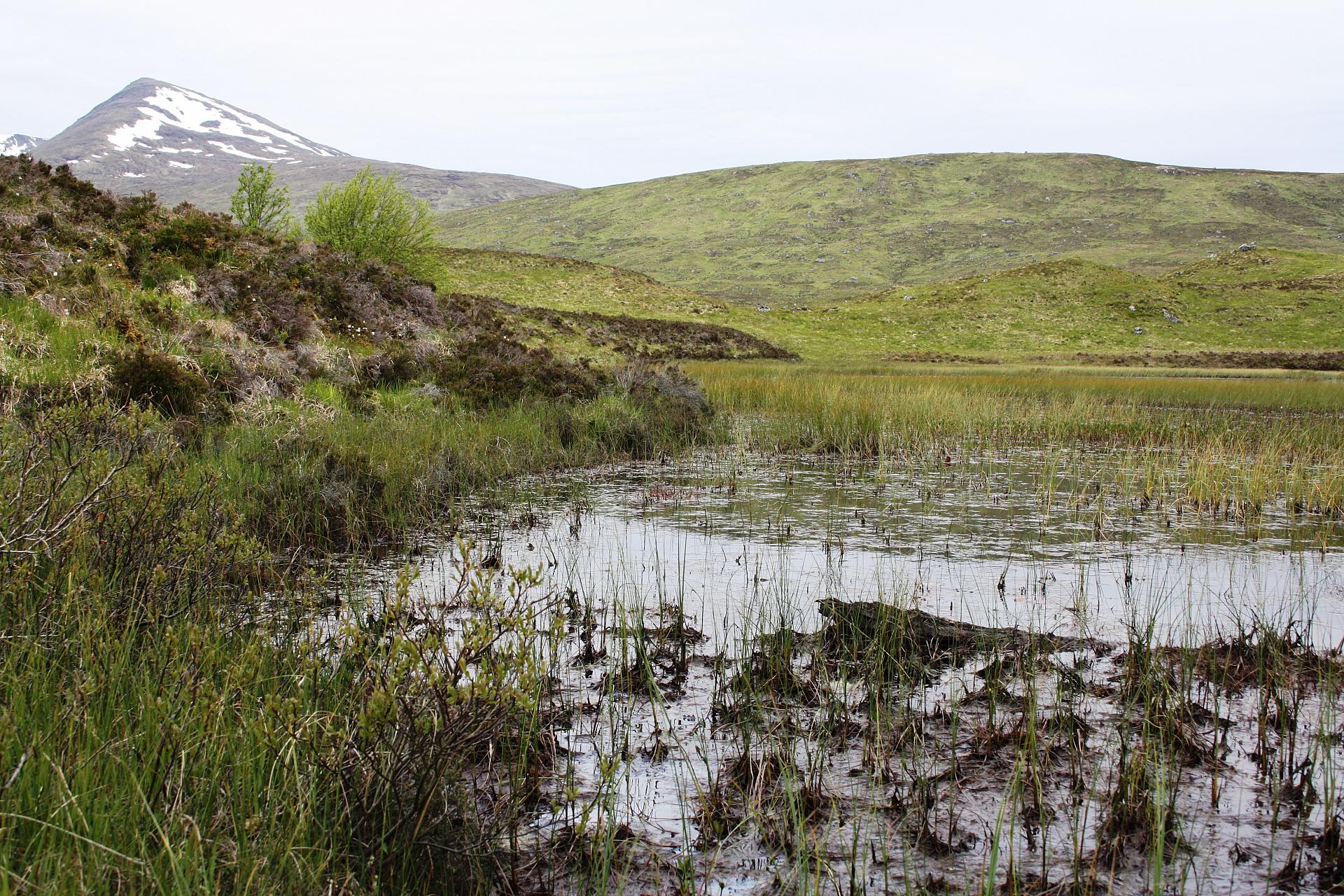 On top of this watery plateau only a few plants could grow. The cold and wet conditions meant there was always plenty of water around. The constant dampness prevented plant and animal matter from decaying fully and over thousands of years this created a thick, dark material rather like soil called peat. The peat spread across the area, forming what is known as a blanket bog.

It’s mind-boggling to think that the unusual water-world we see here today is actually the result of the massive ice cap that sat here over 12,000 years ago.

A landscape shaped by ice

Throughout Lochaber there are other strange landscape features, which were also created by the massive ice cap. Travelling along the shores of Loch Linnhe you may notice that you seem to be driving on a ledge just above the lake. You are actually on a raised beach.

The ice cap was so large and thick that it weighed down Scotland, like an adult sitting on a child’s see-saw! Ledges like these along the lakeside would once have been at sea-level and were actually the lake’s beaches. When the ice cap melted this vast weight was removed and the whole of Scotland rose about 4 metres out of the sea! A new beach formed at the water’s edge and the old beach was left high and dry. 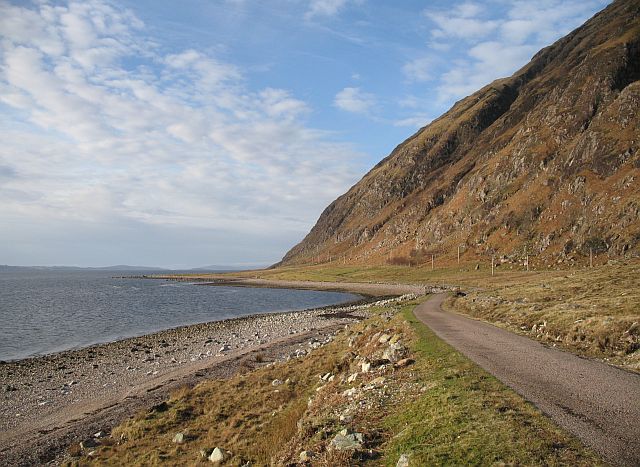 With your back to the road look out across Rannoch Moor and you will see the inlets of Loch Ba grasping like fingers at the land. Rotate slowly around, and from virtually every angle you will see water – whether loch (lake), lochan (small lake), stream or bog.

Whilst some patches might look dry, a short walk without proper boots will soon prove how wet the land is!

Rannoch Moor is actually 82% water or bog, making it the largest area of blanket bog in Britain.

Why is Rannoch Moor so waterlogged? Click to reveal the answer

Helen Rawling for writing this viewpoint

Trevor Littlewood for permission to use his photograph of Rannoch Moor

Proceedings of the National Academy of Sciences of the United States of America (PNAS) and Gordon R.M. Bromley for permission to use the diagram of Rannoch Moor

"So expansive was the space within which we were moving that when I glanced up at the mountains west of the Moor, to try to gauge the distance we had come, it seemed as though we had not advanced at all" - Robert Macfarlane