So how did this mountain – Buachaille Etive Mor – come to be such a distinctive shape? 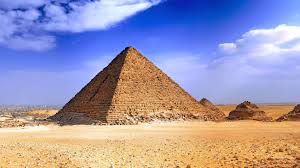 Buachaille Etive Mor means ‘the Great Herdsman of Etive’, and the mountain stands like a guardian at the head of Glen Coe. Look up at the impressive surrounding mountains; note the rugged peaks and ridges compared to the smoother valley sides.

The mountains of Glen Coe including Buchaille Etive Mor were first created by fire and then shaped by ice! Their geological birth began with volcanic eruptions and great magma chambers of molten rock beneath the earth’s crust, some 420 million years ago. This volcanic activity was linked to the formation of a great chain of mountains, of Himalayan proportions, across the area that is now northern Scotland – including the hills you are now looking at.

The mountain building forces were driven by great ‘tectonic’ pressures in the crust and resulted in upheaval of these rocks to create huge mountains. It’s hard to imagine today, but Buchaille Etive Mor was once something like the size of Everest! So why is it so much smaller now?

The answer lies in the wearing away of the rocks over hundreds of millions of years by rain, frost, wind, the sun and gravity. And of course, they have been sculpted most recently, and dramatically, over the past 2.5 million years by ice sheets and glaciers during the Ice Age.

Look carefully at the smoothness of the valley sides. These rounded, smooth sides have been shaped and smoothed by glaciers.  In contrast, above the valley sides you can see high, jagged peaks that stuck out above the ice.

Buachaille Etive Mor gets its pyramidal shape due to its highest peak, Stob Dearg. Stob Dearg was high enough to sit above the glacier that filled the valley, but it was at the mercy of wind and rain. In colder periods rainwater would freeze in the cracks in the rocks and when the temperature rose it would melt again. Repeated freezing and thawing weakened the rocks, causing them to fracture, creating jagged peaks - a process known as frost-shattering.

Fire, ice, wind and water have all played a part in creating this spectacular scenery. If the Great Pyramid of Giza is one of the seven wonders of the Ancient World, then Buachaille Etive Mor is certainly a contender for one of the wonders of the natural world

Whilst it may seem fanciful to talk of a Scottish pyramid, some believe a key technology for pyramid building was developed in Scotland!

On Orkney, people were cladding their buildings in white quartz as early as 3,800BC; some 2,000 years before the Egyptian pyramids were built. Orkney islanders and the Ancient Egyptians were the only people who dressed their buildings using the same cladding technique, and no evidence of independent innovation for this technology has been found yet in Egypt. The Orkney people travelled extensively by sea and some researchers believe there is a strong chance that they took the technology to Egypt via Crete. 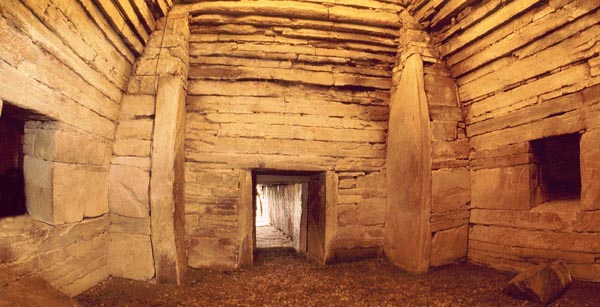 Scotland, land of grey mountain peaks, purple moors and silver lochs, is not the first place you would expect to find a pyramid.

From the layby, however, stand with your back to Rannoch Moor and look left; you cannot fail to see a distinctive triangular peak rising up from the valley. It may not be an ancient Egyptian monument, but the mountain’s near vertical walls and buttresses soar upwards so that the first image that springs to mind is – a pyramid.

So how did this mountain – Buachaille Etive Mor – come to be such a distinctive shape? Click to reveal the answer

Helen Rawling for creating and photgraphing this viewpoint

Buachaille Etive Mor, Creag Dearg a’ Coe
Proud before our praises, Even the ravens know
We must already be –
Still man seeks to bind you, In order to be free.
- Robert Craig

Discover how another local mountain was formed

The most loved hill in Britain?

Discover the secrets of Bennachie in Aberdeenshire