What was this tower built to defend against?

This is Ardglass bathing house and the tower was built to uphold Victorian ideals of modesty - it’s actually a ladies’ changing room! Bathers changed inside, and then braved the sea without allowing onlookers to see more than the bare minimum of exposed flesh. The high wall on the seaward side protected the ladies from inquisitive eyes!

In the nineteenth century, Ardglass became popular with tourists ’taking the waters’ for health reasons. Most of the town’s built heritage dates from then, and was aimed at visitors using the seaside spa. At one time Ardglass offered hot and cold vapour baths, as well as sea bathing. The Bathing House is the only structure remaining from the town’s Victorian spa facilities. 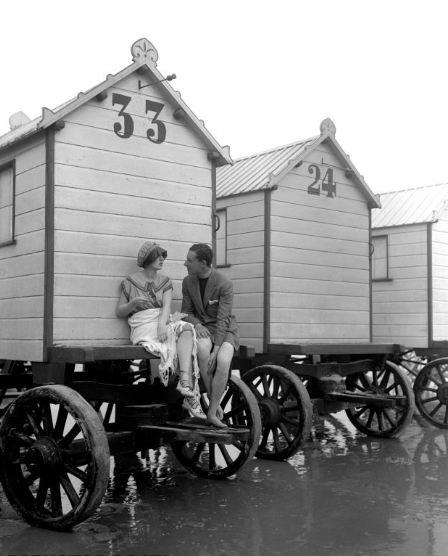 Local landlord, William Ogilvie, was the brains behind it. The tower was built around 1830, to regenerate the harbour and attract visitors. If you look behind you to your left, opposite the Marina you’ll see The Crescent, set back from the street and marked out by well-clipped hedges.

The Crescent’s period properties are all different in shape and size, but share beautiful views out to sea from their elegant sash windows. This is the town’s conservation area. Many of these houses were built to rent out to summer visitors.

Battered by the sea

As it stands right on the shoreline, the Bathing House is totally exposed to the elements. The wind and waves have taken their toll. Over the years, strong spring tides from the Irish Sea battered and damaged much of the structure.However the Follies Trust recently restored the Bathing House, using local stone.

Today the Bathing House is admired as a Victorian folly, carefully restored as a reminder of an era when bare flesh was concealed at all costs. Stoic bathers still brave the chilly waters of the Irish Sea, but now mainly with wetsuits to protect their exposed flesh, rather than a stone tower.

This coastal area of County Down was built on three main industries - fishing, farming and granite (from the nearby Mourne Mountains).

The Bathing House is just a stone’s throw from the busy fishing harbour of Ardglass on your right. Back in its heyday, Ardglass was the main fishing port in the North of Ireland. The natural inlet here made it a haven for boats, and it was an important harbour as far back as Norman times. 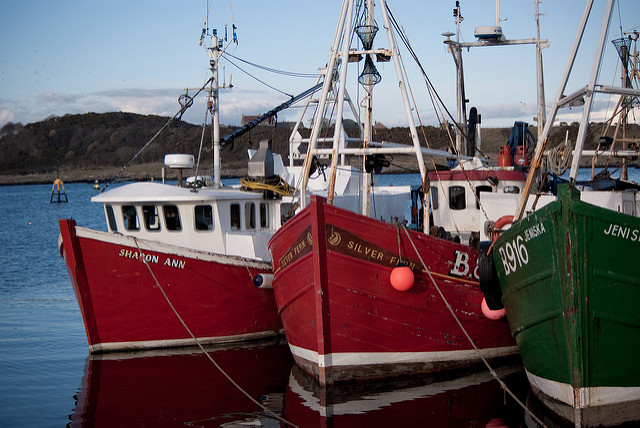 Right in front of you, just beyond the tideline, is a small stone tower with an open door to the sea.

What was this tower built to defend against? Click to reveal the answer

Sue Moore for writing the viewpoint.  Sue is a Freelance Writer based in Northern Ireland.

The Follies Trust for supplying photographs

“On and on, over the hill to Ardglass; in the jam jar, autumn sunshine, magnificent and all shining through.”  - Van Morrison, Coney Island

Explore how Belfast’s international heritage is shaping its future

If riverbanks could talk

A stroll beside the River Quoile near Downpatrick

Discover a wealth of natural resources in the Mourne Mountains

The turn of the tide

From springs to ancient kings

How does ‘the leaning tower of Belfast’ reveal the city’s origins?