Why is this dramatic landscape such an icon of the Lake District?

Arguably the wildest and most dramatic of the Lakeland valleys, Wasdale is a masterpiece of creation, fashioned by the Ice Age glaciers that carved deep U-shaped hollows in the hard volcanic rocks of this part of north-west England. Although the Ice Ages began about 2.4 million years ago, they lasted until about 10,000 years ago and it was this latest period of intense cold that caused the striking features we see here.

The vanguard of this theatre lies across the lake, the Wast Water Screes, a plunging downfall of all things rocky and perilous. The screes were formed by water repeatedly freezing and thawing in cracks in the exposed cliffs here during the tundra-like conditions that existed between 14,000 and 10,000 years ago. This pressure on the rock gradually forced blocks away from the cliff and they tumbled downhill. Over thousands of years, and with millions of rock fragments, the screes gradually formed fan-shaped cones, nearly 300 metres long, which slide without pause beneath the national park’s deepest lake. 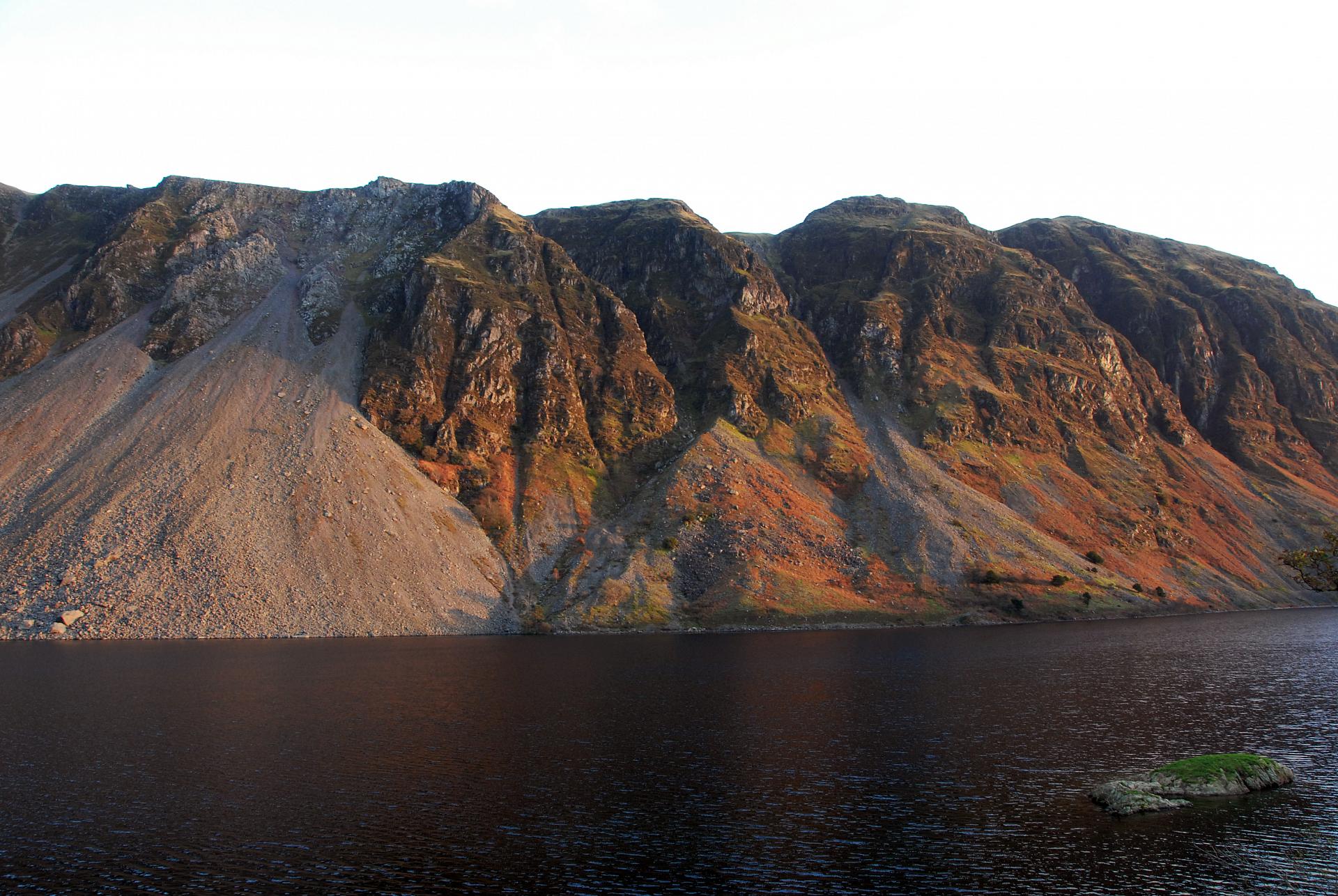 The lake itself is indeed the deepest in England, occupying a hollow gouged out by a glacier and sinking to more than 80 metres in depth. It is a powerful foreground to the wall of summits that close the valley. Here, it is the two great summits, Scafell and Scafell Pike, linked with that of Great Gable on the northern side of the valley, that steal the show. They owe their dramatic profiles to a process called frost-shattering. Both peaks remained above the ice during the last glaciation and over time, water repeatedly froze and thawed in cracks, breaking up the rocks and leaving these craggy forms.

At 978 metres, Scafell Pike is the highest peak in England, while the dark, near-vertical crags of Scafell were the scene of many pioneering exploits among the embryonic rock-climbing fraternity from the 1880s onwards. By the end of the Victorian era as many as 60 enthusiasts at a time would gather at the Wasdale Head Inn, and spend their days on the crags of Scafell and Great Gable. 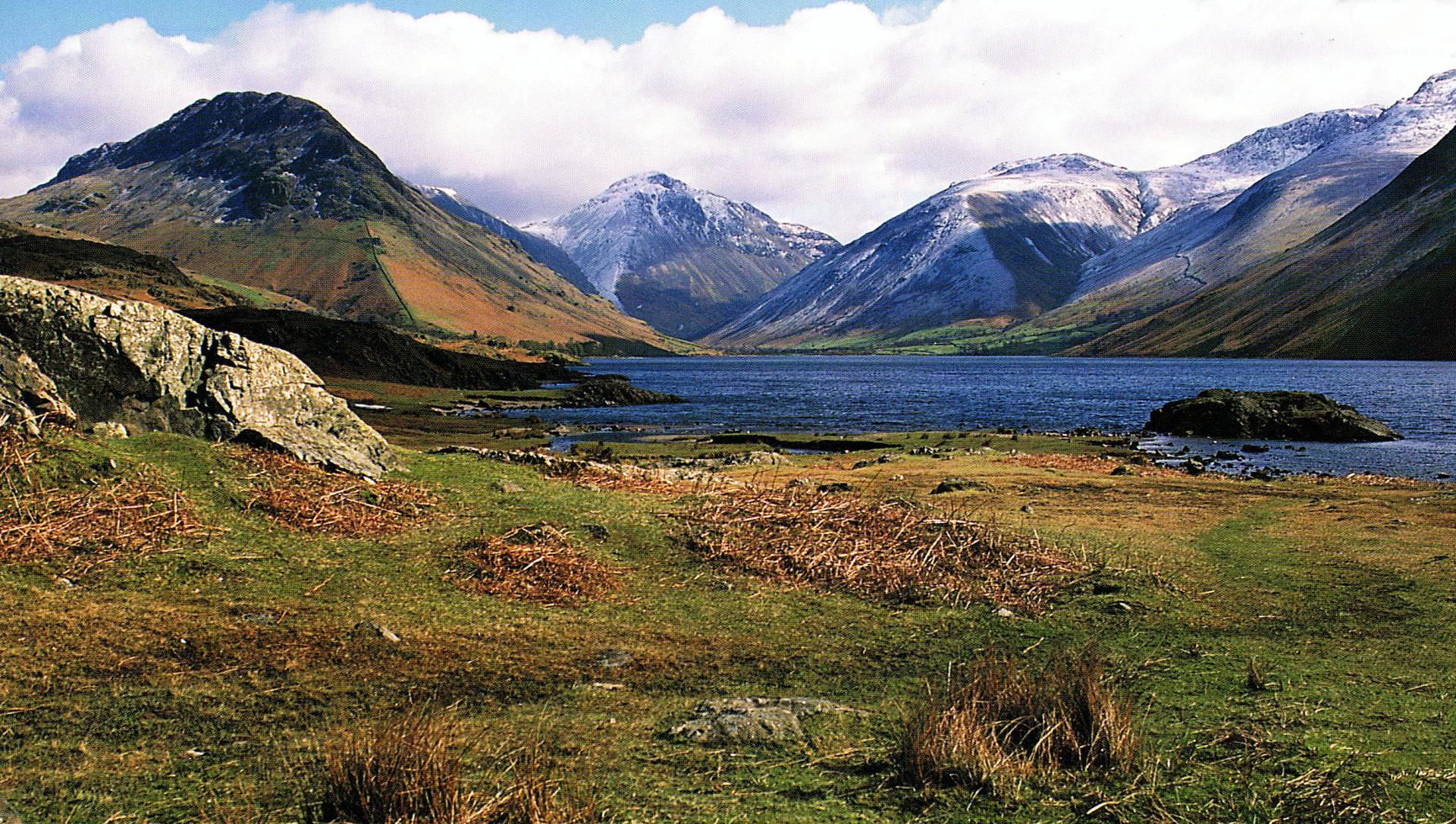 This dramatic valley has become an icon of the Lake District because it contains not just the classic elements we think of when we think of the Lakes - rugged peaks, a deep valley, a majestic lake - but some of the biggest and best examples of these in the country. The impressive shapes, heights and depths of these features are all due to the natural processes at work here during the last ice age.

But there is another reason this valley has become an icon. Today, the view across Wastwater towards Great Gable and its surrounding summits forms the basis of the emblem of the National Park, one of very view scenes instantly recognisable as iconically ‘Lake District’. 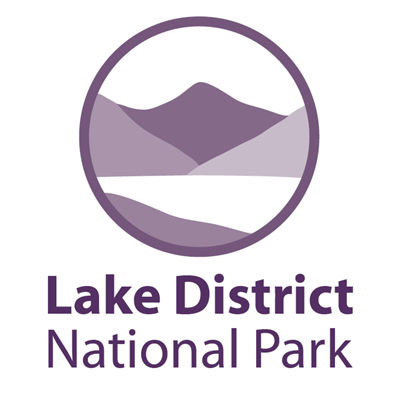 The head of Wasdale © Terry Marsh

Farther into the valley lies the most simple and endearing church, set amidst yew trees in Viking fields. This tiny church, possibly the smallest in England, looks little more than a low-lying shed. At the start of the 20th century, the church still had unglazed mullioned windows and a soil floor, and was without its own churchyard; as a result, the dead of Wasdale travelled the corpse road across the fells to Boot in neighbouring Eskdale.

The truth, the whole truth, and anything but the truth

It used to be said that Wasdale had the highest mountain, the deepest lake, the smallest church and the biggest liar.

The liar was Will Ritson, born in 1808 at Wasdale Head Hotel. He was a friend of Wordsworth, a famed huntsman, wrestler and raconteur, who became the uncrowned king of Wasdale. For most of the 19th century, he was famed for his tall stories, textured with his own dry wit. His memory lives on in the annual ‘Biggest Liar’ competition held every November at the Bridge Inn, Santon Bridge.

Barely a day goes by that this awesome valley doesn’t present a different face to the visitor.

It can be dark and menacing, light and inviting, inspirational, relaxing, exciting, over-powering and heady with the tang of wild places…and sometimes all those things in just one day!

Stroll to the edge of the lake, Wast Water, to gain a hint of the powerful natural forces that have shaped this place and an inkling of why this setting served as the backdrop to some of the greatest pioneering rock climbing achievements

Why is this dramatic landscape such an icon of the Lake District? Click to reveal the answer

Dr Terry Marsh, FRGS for creating, writing and photographing the viewpoint. Terry is a writer and photographer specialising in the outdoors and travel.

"The excursion to Wast Water, then, be it known, comprehends some of the most sublime scenery in Cumberland" - traveller Edward Baines, 1820

What lies beneath the water at Haweswater Lake?