What does this tiny hut tell us about our thirst for beauty?

Sit on the bench and gaze out of the window. The view ahead is of Rydal Beck as it flows under a pretty stone bridge, cascades down into a plunge pool and runs through a steep gorge. What words might you use to describe this scene? Does picturesque come to mind?

The owner of Rydal Hall built the hut here in 1668 as a place where he and his guests could enjoy the view of the waterfall. It is Britain’s first ever ‘viewing station’.  These were specially built in places identified as having the best views to appreciate the beauty of nature from.

Notice how the window acts like a picture frame turning the waterfall into a subject of beauty. As well as admiring the view, spectators were encouraged to capture it. Artists including Thomas Sutherland and John Constable both painted this scene and William Wordsworth included it in his poem ‘An evening walk’. All of this attention helped bring publicity and more visitors to Rydal Hall. 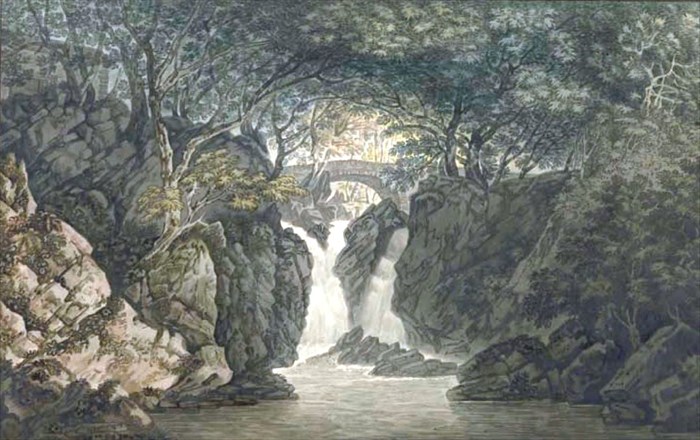 Over a hundred years after this hut was built to capture this idyllic - view of ‘nature’, a rector named Thomas West published the first ever ‘Guide to the Lakes’. In this he included a list of ‘viewing stations’ where spectators could enjoy the most ‘picturesque’ views of the Lake District. From Windermere to Bassenthwaite, Coniston to Derwentwater many of them are still iconic.

West’s guide was designed to “relieve the traveller from the burthen of those tedious enquiries on the road, or at the inns, which generally embarrass, and often mislead”. This ‘checklist’ of sights still structures how many visitors experience the Lake District with traditional beauty spots thronged with tourists eager to capture the same view.

Pretty as a picture

Before the late 1700s subjects for paintings were chosen for their morality or utility rather than their beauty. But the Romantic Movement changed all that. Artists and writers including JMW Turner, Samuel Taylor Coleridge, William Wordsworth and Robert Southey sought out 'picturesque' defined at ‘that particular kind of beauty, which is agreeable in a picture’. 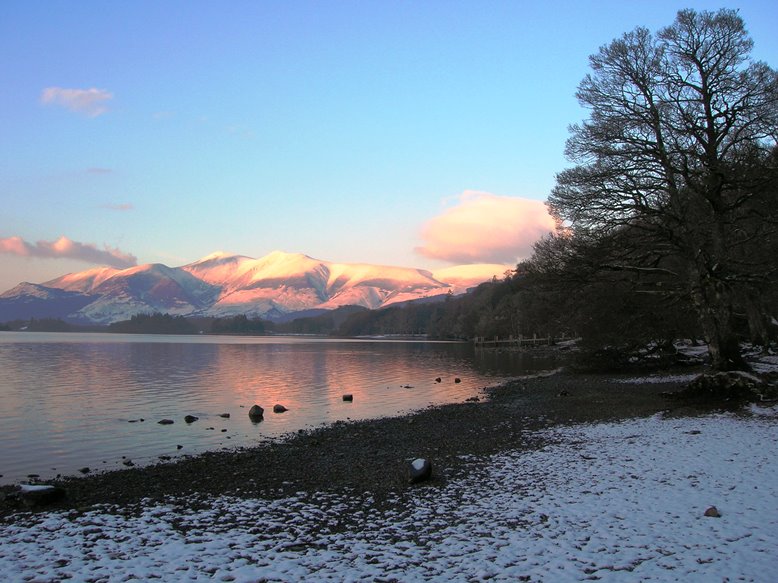 They also sought the thrill of ‘the Sublime’, those dramatic feelings that rugged mountains and torrential waterfalls could provoke in the viewer. The Lake District was the perfect source of inspiration for this Romantic frame of mind.

The fashion for depicting natural landscape in this way brought thousands of tourists to the Lakes. Ultimately concerns about these crowds led to birth of the conservation movement. The pressures to conserve and protect our landscapes while allowing and encouraging access to them is an ongoing conundrum.

Here in the landscaped gardens grounds of Rydal Hall sits a simple slate hut. Built on the edge of a ravine right next to a waterfall, the hut is only accessible via a long, twisting path through the Hall’s gardens.

It’s too small to live in, just a single room with a front door, a window and a bench. So why is it here?

What does this tiny hut tell us about our thirst for beauty? Click to reveal the answer

Caroline Millar for creating and photographing this viewpoint

Jo Kemp and Rory Walsh for edits and suggestions

“…a small cascade
Illumes with sparkling foam the twilight shade
Beyond, along the visto of the brook
Where antique roots its bustling path o’erlook
The eye reposes on a secret bridge
Half grey, half shagg’d with ivy to its ridge.”

Walking with Wordsworth and Coleridge

Discover links between literature and landscape in the Quantock Hills

Why are we drawn to waterfalls like High Force?