So, what makes Morecambe Bay and Humphrey Head so special to writer Karen Lloyd?

Frequently, as the tide turns and begins to push its way back into Morecambe Bay, a wind evolves out of the west. Walking up Humphrey Head - the limestone headland that juts out into the bay from the saltmarsh near the village of Flookburgh, you’re well placed to pick up that shift in the air.

One warm August day I walked under the cliff-edge to where the underlying rocks gave way to the shifting sands, then followed the spine of a fence up onto the rising, grassy, headland. Earlier that day I’d travelled 4 miles by tractor onto the bay with Cedric Robinson – Queen’s Guide to the Sands. The role of Sand Pilot dates back to the 1500s and is a royal appointment. Cedric was testing the channel of the River Kent ahead of a public walk across the bay, and together with his assistants Andy and Barry, they marked the safe crossing place by placing traditional ‘brobs’, or laurel branches at the river’s edges (laurel hold their foliage even after numerous dowsings.) With only the 3 men, a bunch of gulls and a couple of thousand oyster-catchers for company, I had to reconnoitre what landscape meant; 4 hours later, the place we’d walked would be inundated by 10 metres of tide. 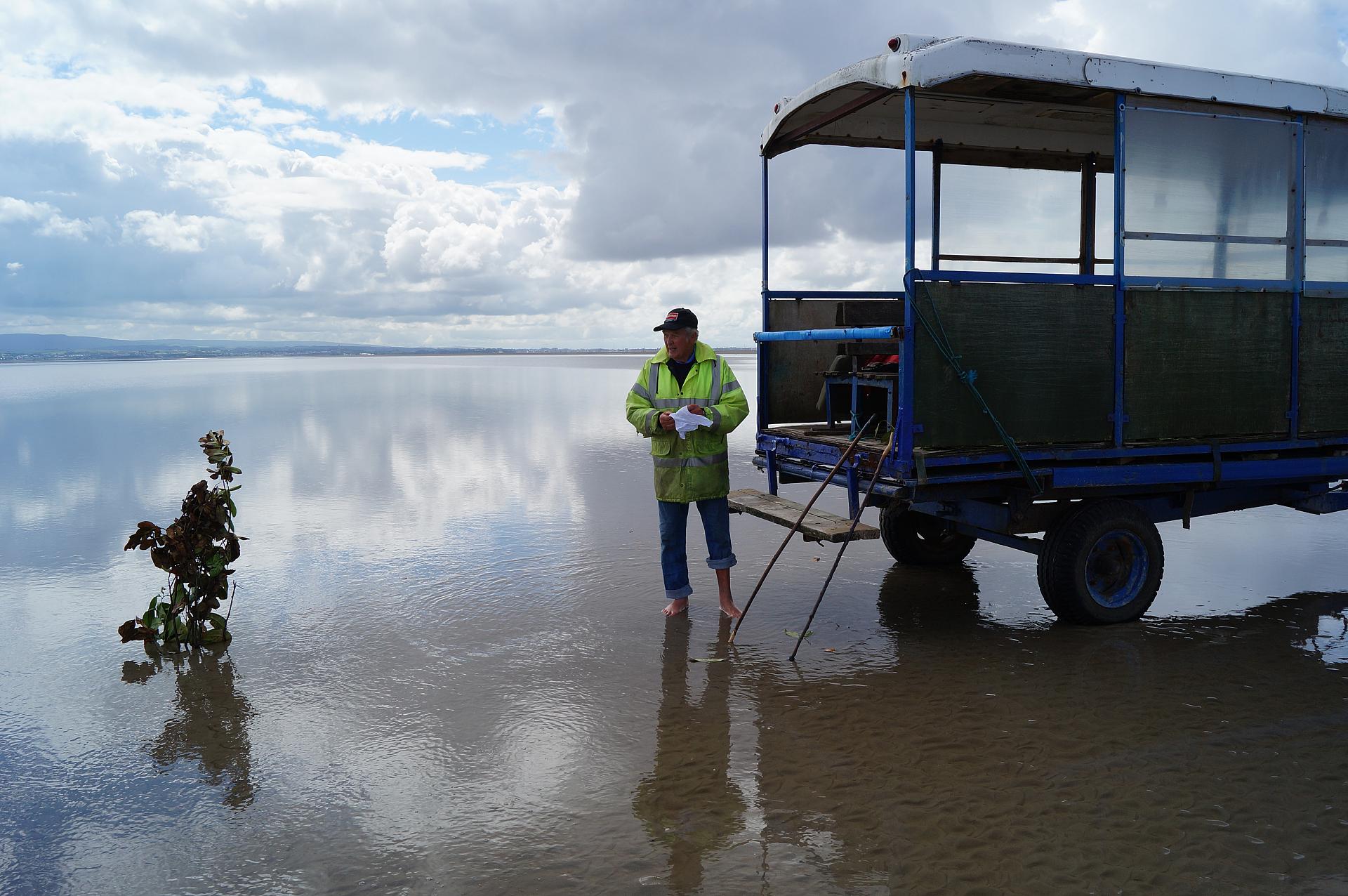 From my vantage point beside two wind-sculpted hawthorn trees, I looked out at the panoramic of the bay, following the silvered kink of the river to where it dissolved into a shining thread, then widened again into the forked tributaries of a delta.  Sunlight caught distantly on moving water; the tide had begun its progress. It pushed north, isolating some areas and encircling them further into its flow. Fishermen say the tide travels at the speed of a galloping horse. I thought of the tide picking up the river water, of the river’s fight for direction and the mix and flux of it all going on beneath the surface while above it simply sparkled and shone. Sandbanks were continually made and subsumed and the sea moved on, flowing under the piers of the railway viaduct over the sands at Arnside. As I gained the highest point, the tide had formed a parabolic arc around the headland. In another couple of hours, the sea would be washing over the sea-pinks and sea-holly on the rocks below. 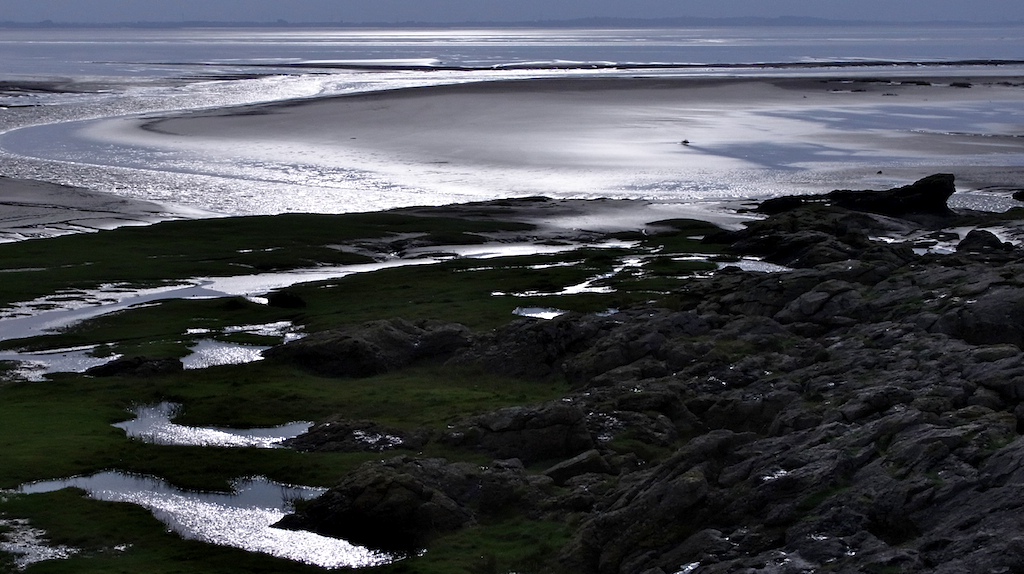 Humphrey Head is a Site of Special Scientific Interest. There are green winged orchids, bloody cranesbill and autumn lady’s tresses. The cliffs here are fossil-rich limestone, and are the haunt of peregrine falcons. I watched an adult peregrine working the blustery wind with all the dynamic force of its feathered engineering.

It was on Humphrey Head, so history tells us, that the last wolf in England was killed, and the bones of wolves have been excavated from caves nearby. In 1281 Edward I of England ordered the killing of all wolves, not only to protect sheep and livestock, but to preserve deer for hunting by royal patronage. The story has more relevance these days, what with all the talk of re-introducing top predators to our wild landscapes. And I can’t imagine a place better suited to hearing wolf howl, carried on that wind as it sweeps in over the bay.

Written by author Karen Lloyd, a writer of creative non-fiction and poetry based in Kendal, Cumbria. Karen's books include The Gathering Tide and the forthcoming The Blackbird Diaries

The tide coming in towards Humphrey Head © the Clocktower, Flickr / CC BY 2.0

In recent years, the Lynx UK Trust and other re-wilders have suggested the re-introduction of lynx to the Lake District. The plans would have seen lynx here for the first time since around 700 AD. But farmers worry about sheep losses, saying that sheep farming is already under stress, and that the introduction of lynx might change the landscape. But given the acute need to address how extreme rainfall affects downstream communities, perhaps it is time that changes were made to the landscape. Lynx could be part of a whole system including tree planting and the resulting expansion of wildlife and contribute to the growing world market in wildlife tourism. 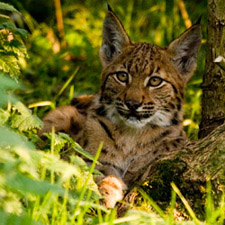 Head above the water

Like a whaleback rising, Humphrey Head Point looks out over the vast tidal sand and mudflats of Morecambe Bay.

The Bay is the largest expanse of mudflats in the UK, covering an area of 120 square miles, which is approximately fourth fifths as big as the Isle of Wight.

Five rivers (the Leven, Kent, Keer, Lune and Wyre) meet the sea in Morecambe Bay. The close proximity of these estuaries has created a watery and shifting world of sand banks, saltmarshes, quicksand and fast tides. It is a difficult place to navigate and those venturing into it must do so with guidance and respect. 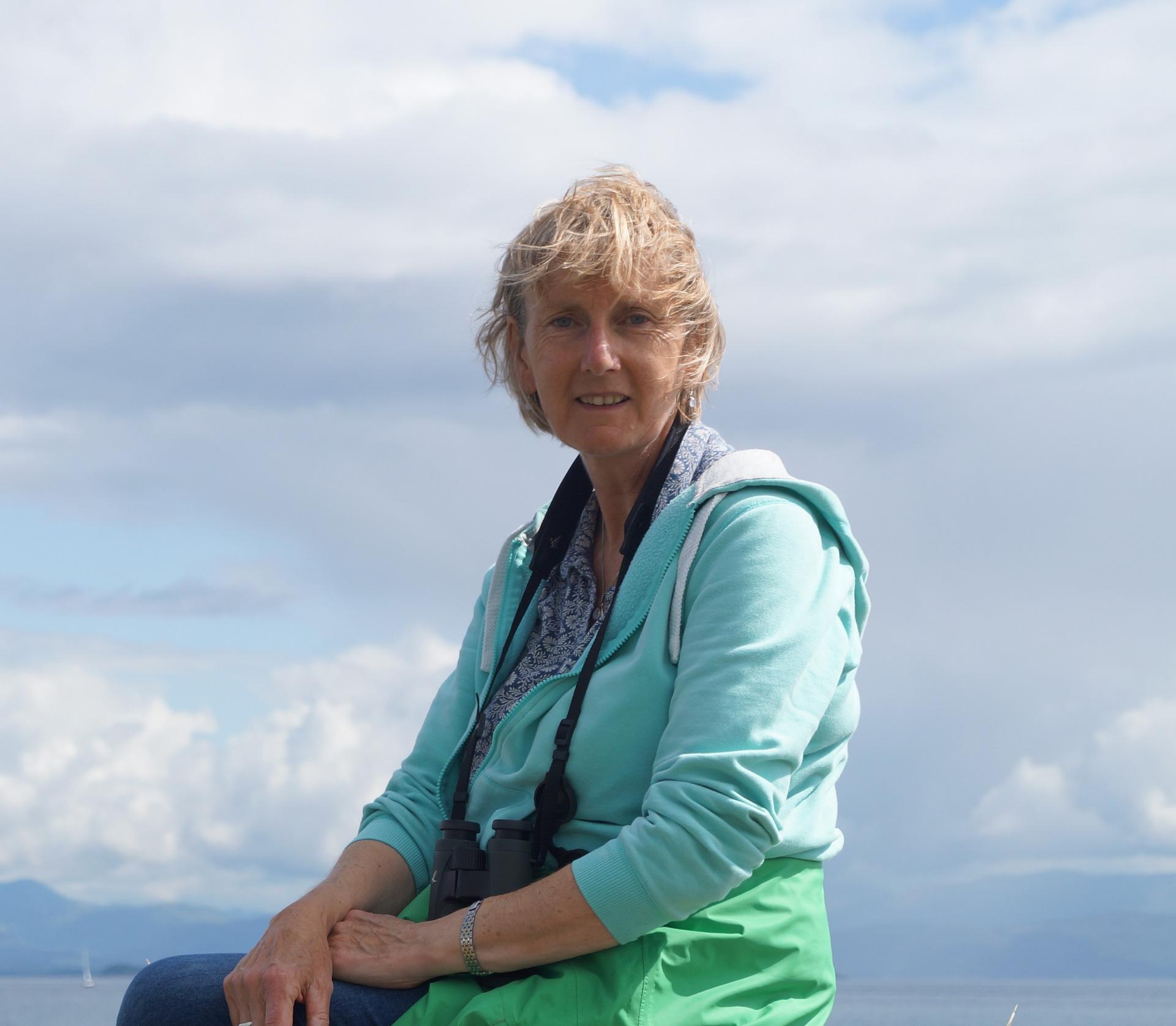 So, what makes Morecambe Bay and Humphrey Head so special to writer Karen Lloyd? Click to reveal the answer

Karen is a writer of creative non-fiction and poetry based in Kendal, Cumbria. Her books include The Gathering Tide and the forthcoming The Blackbird Diaries

Karen Lloyd for for devising, writing and photographing this viewpoint.

Helen Rawling for edits and suggestions

In 1281, Edward I commissioned the death of every wolf in the kingdom. Local legend has it that the last English wolf lived on Humphrey Head.

From water to wealth

Discover how a river and a canal aided Lancaster’s fortunes

Explore the milk fields of Lancashire