So why was this river so ‘terrible’ and has it changed?

Whilst it may now look somewhat placid, at times the Tees is actually one of the fastest-flowing rivers in Britain. It is also dangerous.

The source of the Tees is at Cross Fell, the highest point in the Pennine Hills. This area experiences high amounts of rainfall. Due to both the steep Pennine slopes and the underlying geology of water-resistant rocks, the rain quickly enters the river. 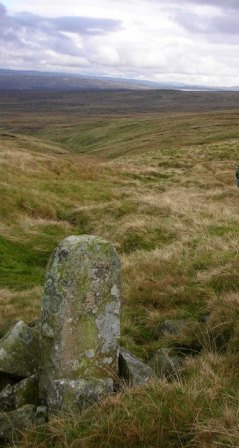 A combination of melting snow, high rainfall and westerly winds can combine to create the ‘Tees roll’, a wave up to six feet high. The town of Barnard Castle just a couple of miles downriver has experienced the wave several times.

In 1771 it demolished eight houses.  Ten years later one of the town’s bridges was completely swept away, killing two people, and as recently as 1942 seven soldiers were drowned by the Tees wave.

The solution was to build a dam and reservoir. It was constructed in 1971 at Cow Green, not far from the source of the Tees in the Pennine Hills.

The reservoir would store large quantities of water at times of heavy rainfall or snowmelt, therefore reducing the flow and so helping to prevent flooding.

But the scheme was not without controversy. Due to its high altitude, Upper Teesdale is home to many rare arctic and alpine plants like the blue spring gentian and the hoary rock rose which have survived here since the last Ice Age 20,000 years ago.

Around 10% of the very rare Teesdale violet’s habitat was destroyed when the dam was built.

But despite the dam, flooding remains an issue, particularly along the lower course of the river.  Heavily populated towns like Yarm, Stockton and Middlesbrough repeatedly experience water damage.

Perhaps they could take inspiration from the North Yorkshire town of Pickering where residents decided to take the problem of flooding into their own hands.

They looked back at how their ancestors had controlled the flow of river water by building ‘leaky dams’ made from logs and branches and adding bales of heather as obstructions. After 24 hours of solid rain, the town stayed dry. 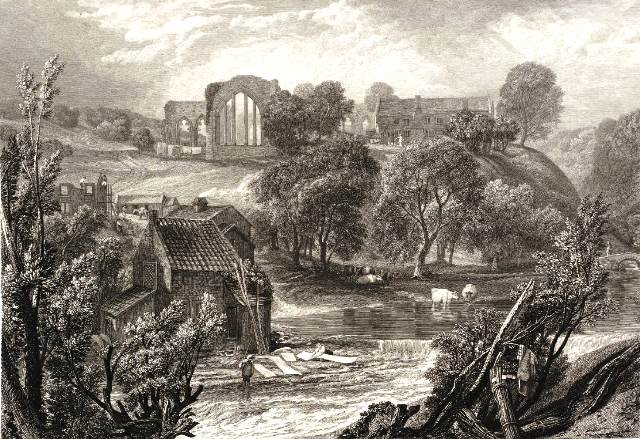 While Defoe described it as the ‘Terrible Tees’, others have represented this spot in more bucolic terms.

When landscape artist J M W Turner visited the area in the late eighteenth century he painted a rather different portrait of the river.

A figure gently paddles by the paper mill, cows drink at the water’s edge, up at the Abbey farmhouse hens are being fed while a very gentle Tees flows in the foreground.

Standing here on the picturesque Abbey Bridge with the dramatic ruins of Egglestone Abbey perched above us and the river tumbling below, it seems a pretty spot to stop and contemplate the view.

But author Daniel Defoe, during his eighteenth-century tour of Britain described the Tees as "a terrible river".

So why was this river so ‘terrible’ and has it changed? Click to reveal the answer