Why do a road, a railway line and a canal all cross each other at this spot?

Opened in 1859, ‘Three Bridges’ was famous engineer Isambard Kingdom Brunel’s last major project. From the road, look down at the canal and the railway. Logic says they would have grown above each other as the area developed. Instead the opposite happened. The road is oldest, followed by the canal.

Canals grew from the 18th century as Britain industrialised. At that time roads like this one were rough rutted tracks for horses. Canals provided a faster and safer way to transport goods. Narrowboats carried cargo like coal, sand, tea and sugar between docks and landlocked industrial towns. 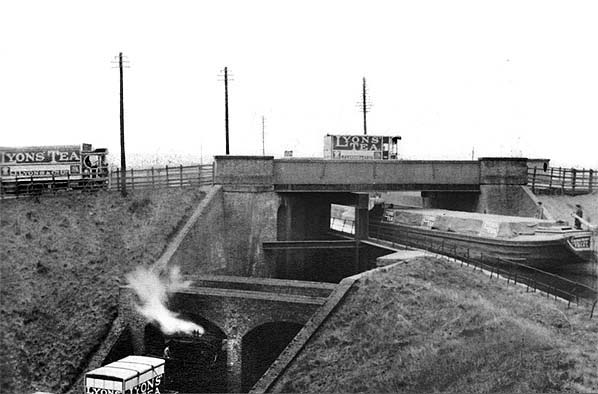 The Grand Union Canal below us links London and Northamptonshire. It was designed to be as fast and direct as possible and passes through Hanwell as this was the quickest route into London’s docks.

This stretch was built in 1794 but just 50 years later canals were becoming outdated. Railways were even faster and could carry greater loads. Journeys that took days were reduced to hours. But why did Brunel put the railway under the canal?

One reason was costs; construction took 3 years but avoided the huge expense of re-routing the canal and road.

Trains also run fastest on level direct routes, so the lie of the land was important. The canal had already plotted a direct route to London - so the railway followed it where possible.

Finally, meeting the canal here meant the railway didn’t cross the grounds of Osterley Park, a grand nearby mansion. Osterley was private land owned by the Earl of Jersey. Land ownership still arises in transport plans today. HS2 railway routes for example have been opposed because they run through private countryside.

‘Three Bridges’ was Brunel’s solution to issues that still shape our transport networks; time, money, landscape and access. It also tells a story; this spot is a snapshot of Britain’s 200-year transport revolution. 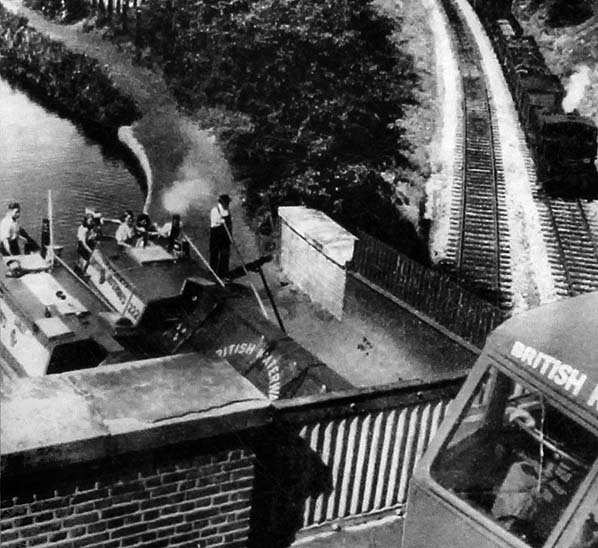 While the canal is now used for pleasure cruising, you may wonder where the trains and trucks have gone.

Listen carefully and you can hear the nearby M4 motorway, which has superseded all the routes at ‘Three Bridges’. Loads once carried by canal and rail are now taken by more direct roads.

Width and weight limits mean commercial vehicles can’t cross this bridge anymore though. This is because ‘Three Bridges’ is a Scheduled Ancient Monument, the same protection status as Stonehenge. It’s ironic that something built to conserve land is now conserved itself.

When you travel through a town or city, the transport you use will probably meet another type; by bridge, tunnel or maybe a level crossing.

About halfway along Windmill Lane, in Hanwell in south west London, is something unique. Known locally as ‘Three Bridges’, three transport routes are built directly on top of each other.

Why do a road, a railway line and a canal all cross each other at this spot? Click to reveal the answer

Nando Machado for photographing this viewpoint

Disused Stations for the period photographs

How does a Victorian tree in St Pancras reflect today's London?

Discover why the Grand Junction Canal was built through the Chilterns