What happened to Little Compton Street? 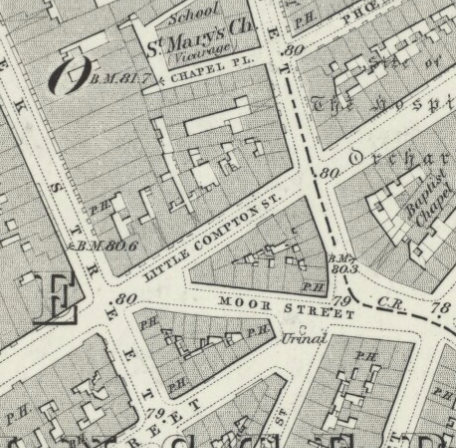 To find out, let’s trace where Little Compton Street used to be. Look on an old map and you will see it linked Old and New Compton Streets, via a junction with Crown Street.

In 1877 an Act of Parliament was passed to improve London’s traffic flow. Crown Street became Charing Cross Road. The road itself was widened and smaller ones either side were altered.

With your back to the Molly Moggs pub, face the modern buildings. New Compton Street once ran straight through the middle of them. Little Compton Street would have been over our right shoulder.

It still is. When Charing Cross Road was completed, Little Compton Street became even littler. So in 1896 it became part of Old Compton Street. It wasn’t buried, it was renamed.

But why are the signs for Little Compton Street hidden under Charing Cross Road? If you’ve ever been stuck in traffic while roads are dug up for gas, water or electricity repairs you can probably guess.

Underneath our cities are countless networks - water mains, gas pipes, electricity cables, heating and air conditioning shafts, telephone and Internet lines. These all need maintenance and, to reduce disruption, some are laid in tunnels built deep enough for engineers to walk through. 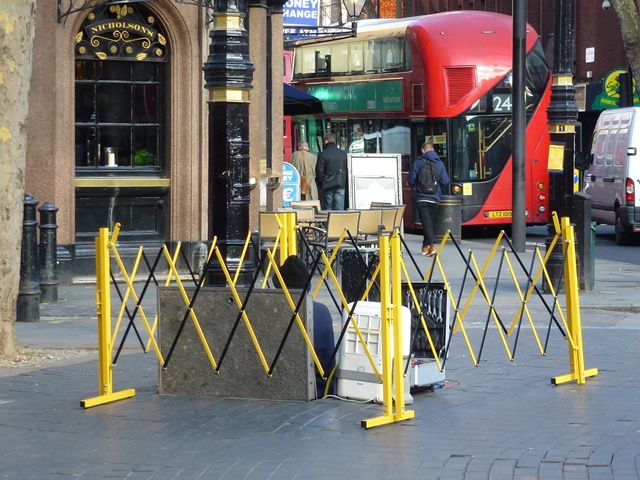 For safety and navigation, underground maintenance crews need to know where they are. So the tunnels have street signs in them indicating what’s overhead. The oldest date from 1861 and include names no longer used above ground.

When Little Compton Street was renamed, an old street sign was perhaps put in the tunnel rather than thrown away - hence the two signs we can see here.

London has changed beyond recognition over 2,000 years. But look carefully and small rips in the capital’s fabric let the older layers show through.

Charing Cross Road is one of London’s busiest thoroughfares, linking Trafalgar Square, Soho and ‘theatreland’ with the shopping mecca of Oxford Street. Lined with bookshops and surrounded by all kinds of other entertainment, millions of people travel along it every year.

Few though notice this window into another world.

Carefully look through the large grille in the traffic island for two signs on a brick wall below. They both read ‘Little Compton Street’. But search a modern map or wander Soho now and this road doesn’t exist.

What happened to Little Compton Street? Click to reveal the answer

Louise Norris for suggesting this viewpoint

Rory Walsh for writing and photographing this viewpoint

Caroline Millar and Jo Kemp for suggestions and edits

Map section reproduced by permission of the National Library of Scotland

Why are there two fake buildings in the middle of a Bayswater terrace?

What can a grate on a London street tell us about a lost river?